Fr. Frank Pavone, on the Feast Day of Mother Teresa of Calcutta

Today, the Feast Day of Mother Teresa of Calcutta, marks the 22nd anniversary of her death. 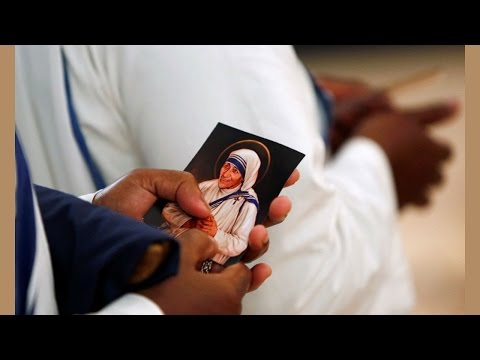 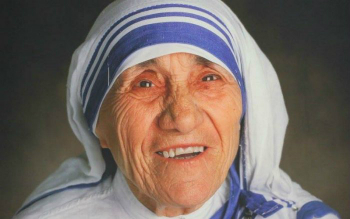 I thought of Mother Teresa last night when I heard Democratic presidential hopeful Bernie Sanders endorse abortion as a way of combatting climate change. I imagined Mother Teresa scolding him from her place in heaven...just like she scolded the Clintons and Gores here on earth.

It was in 1994, at the National Prayer Breakfast - in the presence of then-President Bill Clinton and Hillary Clinton - when Mother Teresa declared "the greatest destroyer of peace and love is abortion."

It was an unforgettable moment, as this short, humble woman proclaimed to those in power: "... If we accept that a mother can kill even her own child, how can we tell other people not to kill one another? Any country that accepts abortion is not teaching its people to love, but to use any violence to get what they want. This is why the greatest destroyer of love and peace is abortion."

Her message was ground-breaking then and it is an important reminder today. At a time in our nation when some people - including presidential candidates and church leaders - are saying climate change and immigration policies are the most important issues, Mother Teresa helps us get our priorities straight. We cannot advocate for human rights and social justice unless we protect the unborn.

I had the joy of knowing Mother Teresa and discussing this matter with her numerous times. She strongly supported the mission of Priests for Life, urging priests and deacons to give priority attention to ending "the terrible war against unborn children."

My interaction with her came shortly after I took leadership of Priests for Life. I asked if I could visit with her in Calcutta and spent a week with her in June 1994 to discuss the new ministry I was leading, and the direction of pro-life strategy overall. Two events shaped our conversations.

This was just a few months after the National Prayer Breakfast, and I told her what an impact the speech made on the pro-life community. "What about the rest of the American people?," she asked me. She then gave me a homework assignment to spread the speech far and wide, which Priests for Life has been doing ever since.

The other event we discussed was that President Clinton had just signed, in May 1994, the "Freedom of Access to Clinic Entrances" bill, which made it a federal crime to peacefully, physically obstruct access to the door of an abortion mill.

When I explained this new law to her, she looked at me and said, "Father, if we had laws like that here in India, I would have been thrown in jail many times! Here I go to the places where abortions are done and I take the women by the arm and say, 'Come with me; we will help you and your child!'"

During that visit, Mother Teresa brought me to one of her homes in Calcutta where prostitutes whom she had rescued from life on the streets were then living. She showed me the blankets they had made and was glowing with joy and admiration as she said, "Look, Father, at the good work these women have done." Her vision of people's goodness was not obscured by any evil they may have done.

She loved the priesthood, and after hearing me speak about Priests for Life, she sought and obtained an immediate audience with the local bishop so that the three of us could talk about how to establish it in India. Later she wrote me saying, "I hope many priests and deacons will join Priests for Life."

The whole pro-life movement draws strength from Mother Teresa, as together we seek to save the lives of the poorest of the poor, and free all people from the poverty of thinking we can abort them.

I invite you to join me in praying this prayer I wrote in honor of Mother Teresa, and in hope of gaining her intercession for our earthly efforts to protect the unborn.

You always defend the poor and oppressed.

In St. Teresa of Calcutta, You raised up
a voice for the voiceless
And a friend to the poorest of the poor, the unborn child.

She brought women away from the
despair of abortion clinics
To the hope of a loving community
That cared for her and her child.

She spoke the truth to men and women of power,
Asking them how we could tell people
not to kill one another
While allowing a mother to kill her own child.

Father, as we honor this humble and faithful woman,
We ask you to give us the grace To follow her example.

May we be bold in word and generous in action
To love and serve the unborn
And to awaken our world to know, as Mother Teresa said,
That the greatest destroyer of love and peace is abortion.

Fill us with love, bring us peace, and let
us share your life forever.
We pray through Christ our Lord. Amen.