Study to research link between pornography and demonic possession

An annual exorcism course offered to priests in Rome aims to open the dialogue on what degree of demonic influence may exist in pornography use. 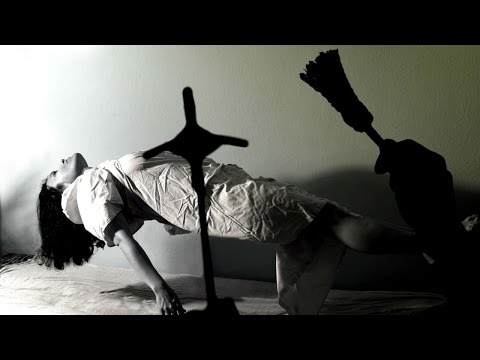 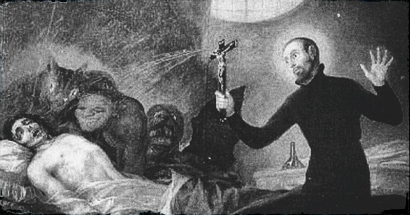 Vatican City (CNA/EWTN News) - "Human sexuality in itself is a value, but when you use it poorly, you are creating harm for yourself and others, especially if it involves children," Fr. Pedro Barrajon LC told journalists April 16.

Speaking of the widespread use of pornography in modern society, he said he believed organizers of the course wanted to discuss "this modern cultural phenomenon of an evil that harms people," not to ignore the role of personal responsibility, but to explore whether there is demonic influence in pornography use, and to what extent.

The same goes for drug addiction, cultism and satanic worship, and it also goes for pedophilia and child pornography, which will both be addressed on the last full day of the course, he said.

"Does it come only from human causes -- psychological, familial, social or cultural -- or is there more?" he said, adding that the course aims to "open a space to see if there is a possibility to show influence from the devil."

Barrajon spoke to journalists on the first day of the 13th annual course on exorcism and liberation prayer, offered by the Pontifical Regina Apostolorum University (APRA) and the Group of Socio-Religious Research and Information (GRIS).

Taking place April 16-21, the course will explore the topic of exorcism and prayers of liberation from different points of view, including theological, anthropological, canonical, liturgical, psychological, social and criminal perspectives.

Among other things, it will touch on magic, cults and satanic worship, and how to tell the difference between possession and psychological illness. This year's course will also explore the rising practice of witchcraft in Africa, the increase of New Age beliefs in Spain, and the presence of cults throughout Latin America.

The course will also feature testimonies from exorcists and people who have been liberated from demonic possession. The last day will largely focus on the criminal aspects of exorcism and demonic activity, specifically pedophilia and pornography, as well as discernment and the writings of the Desert Fathers.

In his introduction speech, Fr. Jose Enrique Oyarzun, LC, a professor at the Regina Apostolorum University, said there is often "great confusion" regarding the devil, with many people believing that he does not exist.

This is a dangerous mistake, he warned, quoting Pope Francis' new apostolic exhortation Gaudete et Exsultate, which says, "it is precisely the conviction that this malign power is present in our midst that enables us to understand how evil can at times have so much destructive force."

Continuing to quote the document, Oyarzun said the devil "is present in the very first pages of the Scriptures, which end with God's victory over the devil," and is also present in the prayer of the Our Father, which ends with the phrase "deliver us from evil."

"That final word does not refer to evil in the abstract; a more exact translation would be 'the evil one.' It indicates a personal being who assails us," he said, and concluding the quote, said, "we should not think of the devil as a myth, a representation, a symbol, a figure of speech or an idea. This mistake would lead us to let down our guard, to grow careless and end up more vulnerable."

In comments to journalists, Professor Giuseppe Ferrari, who moderated the opening panel of the course, lamented the fact that many Catholics, and even some priests, are among those who don't believe in the devil. This is very problematic, he said, because when one stops believing in the devil, "one risks believing in anything, in the foolish things of this world."

In his comments to journalists, Barrajon noted that there have been reports of an increased number of exorcisms in recent years, but cautioned against placing too much weight on these reports, because so far, "there is no serious statistical study on the practice of exorcism."

Some countries, such as Italy, have had a higher number of exorcisms in part because bishops are appointing more exorcists, and also because communication about who the exorcists are and how to reach them has gotten better, he said.

He also stressed the importance of knowing how to discern whether someone is truly possessed, or whether they have some sort of psychiatric or psychological illness.

"For what I've seen, the experience of the exorcist counts a lot," he said, explaining that many experienced exorcists can tell immediately if a person is experiencing demonic possession or a psychological problem.

Some indications of possession include negative reactions to religious objects or images, an unnaturally deep voice, and body contortions. The spitting out of nails, glass and knives that is seen in the movies can also happen during exorcisms, he said, and is a "physical manifestation of evil."

In a keynote Q&A during the opening session, Albanian Cardinal Ernest Simoni, a leading exorcist in his diocese before his arrest by the communist regime in the 1960s, suggested that demonic possession is more common than many people realize.

The cardinal also cautioned that cultural mentalities such as materialism and consumerism "destroy life." He said that to stay close to Christ and avoid the devil, one must "pray endlessly, pray without interruption."

In addition to regular Mass attendance, he said, "we have to be chaste, we have to be faithful, we have to comply with the rules and guidelines of our tradition...unless you become like chaste, pure children, you won't be able to access the reign of God."

The ultimate answer "is not what I do or what I think," he said, but "it is Jesus who lives in us...infinite love is what we need."