The director of a women's clinic in Denver said that she has found an abortion pill reversal protocol to be safe and effective with her patients, following a recently published study on the procedure. 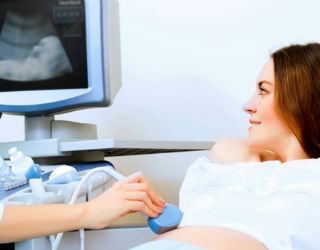 Many women who go through with an abortion have a feeling of regret later.

Denver, Colo. (CNA/EWTN News) - "Oftentimes in medicine, when we find that there is something that is actually making a difference and causing no harm, we will implement it into practice," Dede Chism, a nurse practitioner and co-founder and executive director of Bella Natural Women's Care in Englewood, Colo., told CNA.

Both procedures significantly improved the 25 percent fetal survival rate if no treatment is offered and a woman simply declines the second pill of a medical abortion. The case study also showed that the progesterone treatments caused no increased risk of birth defects or preterm births due.

The study was authored by Dr. Mary Davenport and Dr. George Delgado, who have been studying the abortion pill reversal procedures since 2009. Delgado also sits on the board of the American Association of Pro-Life Obstetricians and Gynecologists.

"When it comes to saving the life of any human person, even when the chance is slim, isn't it worth the effort, when the benefits outweigh any risk?" Chism said.

Medical abortions have become an increasingly common method of abortion in the United States, making up 30-40 percent of all abortions.

Medical abortions involve the taking of two pills - the first pill, mifepristone (RU-486) blocks the progesterone hormone, which is essential for maintaining the health of the fetus. The second pill, misoprostol, is taken 24 hours after mifepristone and works to induce contractions in order to expel the fetus.

Some women, after taking the first pill (mifepristone), experience regret and do not want to follow through with the abortion by taking misoprostol. Many doctors and providers, including Dr. Thomas Hilgers of the Pope Paul VI Institute, as well Chism, Delgado and Davenport, have found that they can improve the chances of a baby's survival in these cases by flooding a woman's system with more progesterone, in a hopes of overriding the progesterone-blocking effects of mifepristone.

The progesterone protocol is safe, Chism said, because it is a naturally occurring hormone in pregnant women that has been used for the treatment of pregnant women in various situations.

"We do this exact same thing in mom's who've had early miscarriages that have a hard time conceiving and maintaining pregnancy," she noted. "It's common that women may not have enough progesterone on the back half of their cycle even to support a pregnancy, so what we're trying to do is get them to a healthy progesterone level."

Because progesterone is known to be safe for pregnant women and unborn babies, the progesterone abortion pill reversal procedure is "common sense," Chism added.

Critics of Delgado's study argued that the peer-reviewed journal in which it was published is biased, because of its ties to the pro-life organization Watson Bowes Research Institute. Delgado told the Washington Post that he acknowledged this concern, but thought that his study would not get fair consideration from other journals due to political bias.

Delgado also told the Washington Post that he believed more research should be done, but that there should be nothing to stop doctors from using the progesterone protocol in the meantime.

"It hadn't been studied formally in a big way, but we saw it was saving lives and had no alternatives. Were you going to wait when someone was dying in front of you?" he said.

"(T)he science is good enough that, since we have no alternative therapy and we know it's safe, we should go with it," he added.

Chism noted that the Bella clinic has treated several women who have sought abortion pill reversals. The progesterone protocol has been effective in women who have come in as soon as possible after taking the first dose of mifepristone, she said.

"We are currently in the midst of caring for a patient who took the abortion pill.  She is 4 weeks and 3 days from taking that first pill.  We were able to begin the reversal protocol in less than 24 hours from her initial dose. We did have a few scary days initially with bleeding and threatened loss of pregnancy, but she is now very stable with a normally growing baby," she said.

"I think the fact that we have now over 300 successful reversals is evidence that it works," she added. "This isn't make-believe and it isn't coincidental."

Chism added that it is common practice in medicine to share information about protocols that have yet to undergo even more rigorous prospective studies, if they have been shown to be safe and effective in case studies.

Some critics also argued that the study was unnecessary since only a small percentage of women actually seek and follow through on abortion pill reversals.

"We're not causing harm, and even if the possibility of saving a baby is small, even if the population who desires it is small, is it not worth it to recognize it?" Chism countered. "Isn't it beautiful that there could be a possibility that just maybe could change and help you out when you've made a decision that you've regretted?"

Telling women that a safe and effective protocol exists is a matter of informed consent, Chism added.

"To tell someone that there is (no reversal), that this medical abortion is permanent and irrevocably irreversible, that's not a true statement," she said. "To be able to tell a patient that it may be possible in some circumstances to reverse an abortion pill, I think that is simply informed consent."