Parents fight to transfer their son, Alfie Evans from UK to Vatican hospital

Parents of Alfie Evans, a 20-month old boy in the U.K. who suffers from an unknown neurological degenerative condition, are pleading in court to keep their son on life-support and seek alternative treatments. 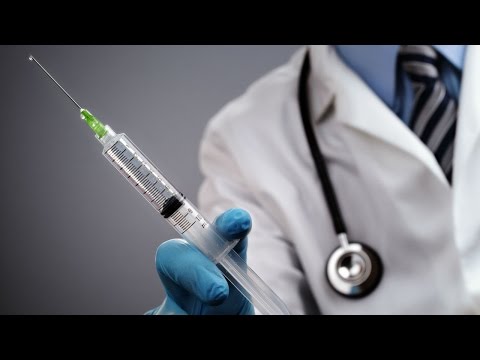 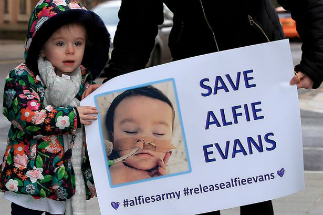 Thousands of people have joined 'Alfie's Army' as his parents seek to keep him on life support.

Liverpool, England (CNA/EWTN News) - Alfie, who is on life support at Alder Hey Children's Hospital in Liverpool, is said to be in a "semi-vegetative state," according to BBC News. His parents, Tom Evans and Kate James, are currently fighting a legal battle with the hospital to keep treating their son.
"I'm not holding on to anything. I'm holding on to Alfie. He looks at me in the eyes and tells me he needs help," said Evans, according to the Liverpool Echo.

"The quality of life he's got not -- he's there, he has got a quality of life. 100 percent, and he can come out of this," Evans continued, saying "we know he is not going to recover, but we also know in our son we see potential and we see life."
While doctors at the Alder Hey hospital have called further life-saving efforts for Alfie "futile," his parents are requesting their son's transfer to the Vatican-linked Bambino Gesu Pediatric Hospital in Rome, also known as the "Pope's Hospital."
Doctors at the Bambino Gesu hospital have suggested operations that would help Alfie breathe and eat, which could prolong his life.
Alfie, who was born in May 2016, is surviving with an estimated 70 percent loss of his brain nerve fiber, and reportedly only has brain activity during seizures. Doctors who have been involved in his case testified in court that continuing to treat Alfie in his current state is "unkind," and moved to end Alfie's life in December.
Doctors at Alfie's current hospital have said they have already sought advice from outside experts, saying "we don't give up on children easily,"  the Liverpool Echo reported.
"Prolonging his life unnecessarily is not a way to go considering his brain is being progressively destroyed and there is no prospect of recovery," said Prof. Helen Cross during the ongoing court hearing.
However, Alfie's parents have said that their son is improving, and want to seek other alternatives at the Bambino Gesu Hospital -- the same hospital that offered care in the 2017 case of Charlie Gard, a U.K. baby who was dying of a terminal illness due to a rare genetic disease. British and European courts had sided with officials from Great Ormond Street Hospital, who successfully sought to bar Charlie Gard's parents from seeking treatment for their child overseas.
Tens of thousands have rallied behind Alfie's parents in the form of support groups on social media, calling themselves "Alfie's Army." Some supporters made appearances during the hearing, wearing "release Alfie Evans" T-shirts.
The legal hearing is ongoing in Liverpool Civil and Family Court, but the judge, Justice Anthony Hayden, has said that the official judgement could take a number of days to complete.