Here's a story about Dick and Diane. 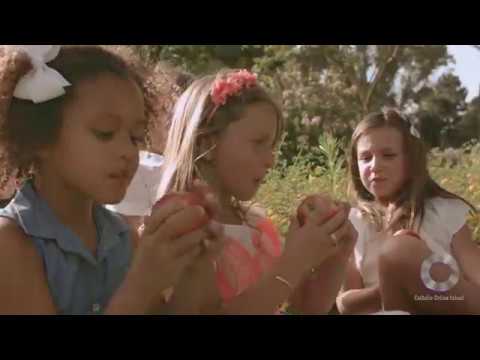 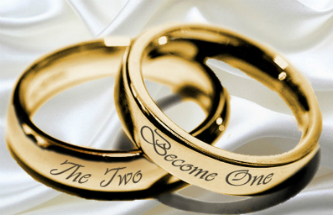 Dick and Diane Baumbach have been married for more than 50 years - but not every year was happy, they say.

After something of a whirlwind romance - "We told each other we loved each other after three weeks" - they were married by September of 1966, just nine months after they'd met.

Seven years later, they were each at wits' end in the marriage and were ready to call it quits, just before they found themselves on a weekend retreat with Worldwide Marriage Encounter.

Dick was working as a journalist, and had been doing some freelancing for the local Catholic paper in New York, when he and Diane heard about Worldwide Marriage Encounter retreats through an event he'd been asked to cover. Although they weren't going to Church at the time, the couple decided to sign up for a weekend.

"From then on our lives were totally different, we put God in our relationship and it's made all the difference," Diane told CNA.

Worldwide Marriage Encounter (WWME) began as a Catholic movement in Spain in the 1950s when a priest, Fr. Gabriel Calvo, began developing a series of conferences aimed at strengthening marriages. By the late 1960s, the marriage enrichment weekends were also being offered to couples in the United States, and continue to be offered today in various languages and in nearly 100 countries throughout the world.

The encounters typically consist of weekend retreats, which begin on Friday evening and end on Sunday afternoon. Couples who attend the retreats are encouraged to turn off their cellphones, and are guided through various aspects of their relationships through a series of talks by couples and priests. They are also given time to discuss everything they've learned privately with their spouses. Priests are also encouraged to attend a WWME weekend, to gain new insights and perspectives on marriage, in order to better pastor married couples.

This year, the movement is celebrating the 50th anniversary of marriage encounter retreats in the United States, with a special anniversary convention with the theme "We Remember, We Celebrate, We Believe." According to the leadership team, couples and priests are registering from as far away as New Zealand and South Korea.

As many as 500 couples are expected to attend the June 22-24 weekend in Lombard, Illinois.

Since their life-changing weekend 45 years ago, the Baumbachs have been helping with the movement in some capacity ever since, giving presentations and now serving as the North American media relations coordinators.

Diane said that after nearly every weekend, there are amazing stories of transformations in the couples that have attended.

One of the highlights of the WWME 50th anniversary event will be highlighting the stories of couples or priests who have impacted, or have been impacted by, a WWME weekend.

Diane said that she particularly remembers the story of one couple who were planning to get divorced the day after their marriage encounter retreat weekend ended - they had an appointment with their lawyer at 10 a.m. on Monday, and the divorce papers all filled out and ready to go.

"They had told their children: we're going away for this weekend, this is our last try, but while we're gone you need to decide which person you're going to live with - mom or dad," Diane recalled.

But by the time the couple left their marriage encounter weekend, "they had torn up their divorce papers and they were going home to their kids as a couple," she said.

Diane said she thinks the structure of the weekend, as well as the intensive focus on the relationship away from distractions, makes marriage encounter weekends particularly powerful.

"You're away from the busyness of the world, you're in a protected setting. We ask them not to get on their cellphones, just try and focus on each other," she said.

The basic message of the weekend hasn't changed much in 50 years, she noted, but "the atmosphere of nurturing support, and a lot of prayers, and the fact that the holy spirit is really with them on that weekend" can often provide what some couples are unable to find in counseling or therapy.

Dick and Diane said their involvement in WWME has also made them hopeful about the future of marriage - they said they see many couples who recognize the challenges that marriages and families face in today's society, and they are earnestly seeking to strengthen their marriages.

"I think people are realizing - just like we get re-certified for our profession, we read and studied and are mentored for our careers...as the world's pressures get greater and the attacks on the family and marriage are greater, that it's important also that these couples get as much help as they can (in their marriages), and I think we're seeing that," Diane said.

Dick said if he could offer couples today any advice, it would simply be: "Love one another."

Diane added: "Love is a decision."

The 50th anniversary event in June is for couples who have already made at least one WWME weekend together.

"What we are hearing and reading over and over is that WWME truly impacted the lives of tens of thousands of couples and priests. We hope that as many as possible will be at the 50th Anniversary of the movement. They can then share with others the wonderful adventures they have experienced as a result of the weekend," the convention leadership, Peter and Sheila Oprysko and Fr. Tom Griffith, SVD, said in a press release.