The true story about sex-change surgery they won't tell

You've probably heard of Bruce Jenner. Now referred to as Caitlyn Jenner, the high-profile Olympic athlete with a famously dramatic family had a very high-profile transition from male to female --including multiple surgical alterations, a cover on Vanity Fair magazine and the now-canceled docu-series "I am Cait." 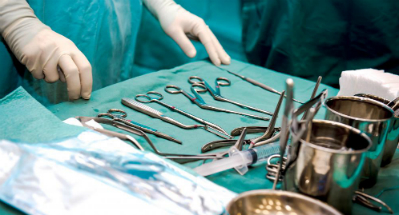 There is a hidden truth about sex-change surgery.

Now referred to as Caitlyn Jenner, the high-profile Olympic athlete with a famously dramatic family had a very high-profile transition from male to female -- including multiple surgical alterations, a cover on Vanity Fair magazine and the now-canceled docu-series "I am Cait."

Bruce and his twin brother Brian were born in Canada in the 1960s. At the age of seven months, the otherwise healthy boys were circumcised. But the doctors used a new method of circumcision, involving an electric cauterizing needle, on Bruce. An accident occurred, completely burning off the little boy's penis.

Brian's operation was canceled, but his parents were devastated.

The Reimers decided to take Bruce to Dr. John Money, a psychologist and sexologist at Johns Hopkins they had seen on T.V.

Dr. Money had a theory that aside from reproductive and urinary functions, gender was a social construct. Until the Reimer twins, he had largely worked with intersex cases -- children born with ambiguous genitalia or abnormal sex chromosomes.

But the Reimer twins -- otherwise healthy and biologically normative -- were the perfect experiment on which to test his theory of gender fluidity. Brian would be raised as a boy, and Bruce would from now on be called Brenda, and raised as a girl.

The Reimers agreed, and insisted on girl's clothes and socialization for Brenda throughout childhood. They never told the twins about the accident, or about Brenda's biological sex.

The twins were brought in for a yearly observation with Dr. Money, who dubbed the case a wild success by the time the twins were nine years old.

"No-one else knows that she is the child whose case they read of in the news media at the time of the accident," he wrote.

"Her behavior is so normally that of an active little girl, and so clearly different by contrast from the boyish ways of her twin brother, that it offers nothing to stimulate one's conjectures."

What the Doctor didn't tell

Deacon Dr. Patrick Lappert is two things you wouldn't necessarily expect to occur in tandem -- a plastic surgeon, and a deacon for the Roman Catholic Church.

These two roles give him a unique understanding of the human person, both physically and metaphysically. They've also given him a unique perspective on transgendered persons, and the current cultural movement to support surgical sex changes.

Dr. Lappert was asked to speak at this year's Truth and Love conference for Courage in Phoenix. He included the case of the Reimer twins during his talk, "Transgender Surgery and Christian Anthropology."

The on-paper success of Brenda Reimer as a lovely and well-adjusted little girl did not match the lived reality of the child, Dr. Lappert said. Brenda Reimer was a rambunctious tomboy -- shunned by the boys for wearing dresses, and by the girls for being too wild.

"She was very rebellious. She was very masculine, and I could not persuade her to do anything feminine. Brenda had almost no friends growing up. Everybody ridiculed her, called her cavewoman," Brenda's mother, Janet, recalled in an interview with BBC News.

"She was a very lonely, lonely girl."

During the twins' yearly checkup and observation, Dr. Money would force the twins to strip naked and engage in sexual play, posing in positions that affirmed their respective genders. On at least one occasion, this sex play was photographed.

By their teenage years, the twins were strongly opposed to going to their checkups with Dr. Money.

By age 13, Brenda was suicidal.

By 15, the Reimers stopped taking the twins to Dr. Money and revealed the truth to Brenda -- he was biologically male. He fully embraced his male identity, chose the name David, and began hormone therapy and a surgical genital reconstruction. He dated and married a woman, whose children he adopted.

But the wounds of his traumatic childhood were deep for both David and his brother. Both suffered from depression. After 14 years, David's wife divorced him. Then Brian died from a drug overdose. Not long after, in May 2004, David committed suicide. He was 38 years old.

Despite everything, Dr. Money never printed any retractions of his studies, or added any corrections.

"He never said a word, never took any of it back," Dr. Lappert said.

Which is hugely problematic, because this study is still frequently cited as a successful gender transition by the medical community at large, including the society of plastic surgeons to which Dr. Lappert belongs, he said.

"I put this case out there as an example, to show you the foundation -- the sand upon which this whole thing is built," Dr. Lappert said.

"We have to understand this as we're talking about the human person as a unity of spirit and form, that there is an integrity to the maleness and femaleness with which we are made."

One of the biggest problems with transgender sex change surgeries is that they are permanent and irreversible in any meaningful way, Dr. Lappert said.

"There's nothing reversible about genital surgery -- it's a permanent, irreversible mutilation of the human person. And there's no other word for it," he said.

"It results in permanent sterility. It's a permanent dissolution of the unitive and the procreative functions. And even the unitive aspect of the sexual embrace is radically hindered if not utterly destroyed," he said, because of the inevitable nerve damage that occurs during the surgery, and because the brain will always register the genital nerves as coming from their organ of origin.

In other words, nerves connected to a vagina will always register with the brain as a vagina, even if they are now part of a surgically constructed penis, and vice versa.

Another major issue is that sex change surgeries seek to solve an interior dysfunction with an external solution.

"Underneath it all, you're trying to heal an interior wound with exterior surgery," Dr. Lapper said.