Alveda King, the niece of Dr. Martin Luther King Jr. and longtime pro-life advocate, has it in her blood to fight for the causes she believes in, one of which is to promote "civil rights" for the unborn. 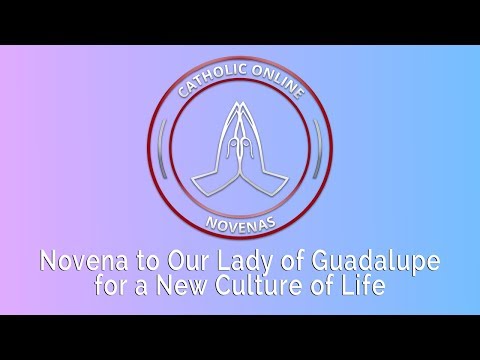 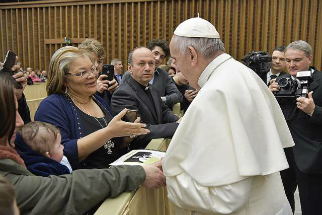 Rome, Italy (CNA/EWTN News) - King, 66, grew up in the heat of the civil rights battle led by her uncle, and surrounded by the sexual revolution of the 1960s.

Eager to stand for a cause she believed would liberate women, she joined the budding "pro-choice" movement at a young age.

But after experiencing the crushing physical and emotional effects of two abortions, and receiving what she believes was a prophetic intervention from her grandfather, Rev. Martin Luther King Sr., she had a change of heart. She became pro-life and committed herself to carrying forward what she feels is a mission to defend the rights of the unborn.

King spoke to a small group of journalists, including CNA, after arriving in Rome for a Dec. 11-13 conference organized by the Forum of Catholic-inspired NGOs, titled "Promoters of Humanity in a Transforming World."

The event drew a swath of representatives from various NGOs around the world, including non-Catholics, to discuss how Catholic-inspired organizations can help safeguard core Christian values and ensure that a proper integral human development is achieved in the context of a rapidly changing global society.

King was present on behalf of her project "Civil Rights for the Unborn," which she directs in partnership with Priests for Life. She is also in charge of Priests for Life's African-American outreach branch, and is involved with various other pro-life entities, including Rachel's Vineyard.

On the last day of the gathering, King had the chance to meet Pope Francis, who often cites her uncle in his speeches.

She told CNA that she was honored to meet the Pope, and when she told him that she was related to Martin Luther King Jr., his face lit up and "he seemed very happy."

She was also moved by the fact that Pope Francis asked her to pray for him, saying it was "a delightful moment," and that she was "very blessed to of course do that. I do pray for him and for all who are in authority, that we can live a peaceful life."

Although King is Protestant, she is a firm believer in working with the Catholic Church, which she sees as a "natural ally." She said that she is inspired by the Pope's spontaneous spirit, engagement with everyone he meets, and defense of life at all stages.

Francis, she said, "doesn't take one issue and make that his issue, he seems to be able to connect it and see that it all belongs together...I appreciate his work."

"The Catholics were very supportive of the civil rights movement (of the) 20th century," she said, adding that her uncle and father both "worked very closely with the Catholic community."

When it comes to her own advocacy, life issues have always hit home for King, whose parents in 1950 became pregnant with her before they were married.

At the time, The Negro Project launched by Margaret Sanger in 1939 was continuing to gain steam. Among other things, the project worked to promote contraception and abortion in the black community.

King said her parents had considered getting an abortion until her grandfather, Martin Luther King Sr., "prophetically" intervened. Though they didn't have ultrasound machines at the time, King said her grandfather had strongly rejected the claim that the fetus was "just a lump of flesh." He said that the baby was a granddaughter whom he had seen in a dream three years prior.

After hearing Martin Luther King Sr. describe how his granddaughter would look, Alveda King's parents decided against the abortion and she was born in 1951.

Despite hearing this story many times in her youth, King took a different path after her father and uncle died. She had been married, divorced, and no longer had the support system she once did, so when the pro-choice women's movement began to grow, "I joined it because I'm a freedom fighter."

However, she said, following the birth of her first child, she was coerced into having two abortions. When she became pregnant again, and was planning to have another abortion, her grandfather gave her the same message he had given her mother: "That's not a lump of flesh, that's my great-grandchild."

She decided to keep the baby. Seeing her baby's heartbeat on the sonogram confirmed that decision.

"I heard with new ears," she said, explaining that her uncle's words, "injustice anywhere is injustice everywhere," began to take on a new meaning in her mind.

"He also said the Negro cannot win if he's willing to sacrifice the future of his children for immediate comfort and safety," she said, and recounted how, after being "born again" in 1983, she immediately began advocating for life.

In addition to her famous family ties, King had a career in law, was a college professor and served in the Georgia State House of Representatives. In law classes she taught, King said she would bring up the abortion issue and make the argument that "a woman has the right to choose what she does with her body, but the baby's not her body. Where's the lawyer for the baby?"

"It began to rock everything," she said, explaining that she began to face resistance from Sanger's Birth Control Clinical Research Bureau, which had been re-named as "Planned Parenthood." The organization objected to her pro-life views, arguing that her uncle had received the group's "Maggie Award" in 1966.

However, King said that Martin Luther King Jr. had never supported the organization's agenda. He declined to attend the award ceremony, she noted. It was his wife and secretary -- both of whom were more sympathetic to the cause at the time -- who attended and wrote a thank you note to the group instead.

"Martin Luther King Jr. never accepted the agenda of Planned Parenthood," Alveda King said. "They lie. They lie today. They put their abortion mills on or near streets that are named after Martin Luther King, and they want to attach that to the civil rights movement of the 20th century, (but) it doesn't belong."

Part of why the Negro Project grew as fast as it did, she said, is that it funded scholarships and grants for the black community that were tied to support for the abortion movement.

Additionally, the organization promoted abstinence, while also handing out condoms and advertising abortions, she said.

"If you tell a kid...yeah, be abstinent, but let's give you Cosmo magazine with teens having sex and let's give you free condoms, then they knew they were going to get all those abortions," she said.

"So that's how you ended up with a whole culture of abortion-minded people. It was slick, very slick. Evil."

She added that the target group was initially the black community, "then it became the Latinos and then...the Caucasians with the money became a big target because they could pay."

King said that if her uncle were alive today, she has no doubt that he would be adamantly pro-life. And while she works most directly with the African-American community in the United States, "its not just a black and white issue, its a human issue."

Looking ahead, King is encouraged by the millennial generation, whom she sees as being able to speak to modern society in a direct, passionate, and fresh way.

"The millennials get it," she said, adding that "the (pro-life) fight has had a shot in the arm (from) millennials."

She also noted the importance of fertility awareness and care for post-abortive women, two issues that she would like to see receiving more attention.

Several movie stars from her youth "went to their death" with the regret of abortion, she said, giving the example of singer Kenny Rogers, whose music voices regret over an abortion he and a former girlfriend decided to have.

Despite obstacles, King is hopeful that the level of awareness and resistance in the United States could indicate a turning point on the issue of abortion.

"Do I believe there's going to be an end to the barbaric practices of killing our weakest, which are the babies and the sick, elderly and poor? I do," she said, pointing to the March for Life events held across the globe, often filled with young people.

These events show the strength of the pro-life community, she said. "The world is taking note."