What Catholics should know about the royal engagement

In 1936, when British King Edward VIII declared that he intended to marry Wallis Simpson, he abdicated the throne. 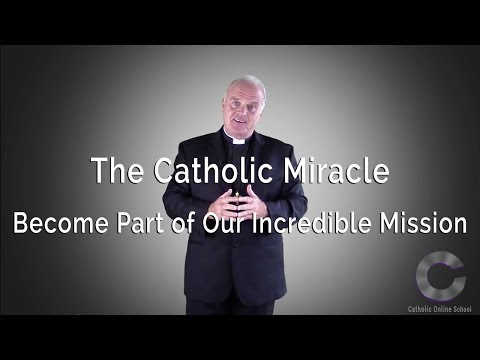 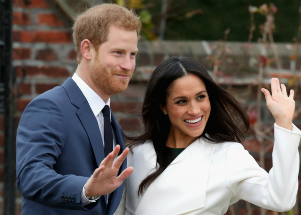 London, England (CNA/EWTN News) - Opposition to the union was strong - Simpson was doubly-divorced, and many thought she was only after Edward for his money.

Besides general disapproval from the elite, a more definite obstacle stood in the couple's way - as King, Edward VIII was the head of the Church of England, which at the time did not allow divorced persons to remarry if their first spouse was still alive. In order to marry Simpson in a civil ceremony, he abdicated the throne in December, and was succeeded by his brother, George VI.

Earlier this week, another royal engagement was announced. On Monday, Kensington Palace announced that Prince Harry, who is fifth in line for the throne, is engaged to Meghan Markle. Like Simpson, Markle is an American and divorced. Furthermore, Markle has Catholic ties in her family, and is possibly a baptized Catholic herself.

Obstacles which just a few years ago might have disqualified the couple from ascending to the crown - divorce, Catholic ties - no longer require the Prince to abdicate his place in the line of succession to the British throne.

Father James Bradley, a Catholic priest in the U.K. and a former Anglican, told CNA that because of the previous rules of the Anglican Church, Edward was essentially obligated to abdicate because "he would have been in a relationship which the Church of which he was Supreme Governor did not approve," he said.

In 2002, a synod of Anglican bishops officially changed Anglican doctrine regarding divorce, declaring that while "marriage should always be undertaken as a 'solemn, public and lifelong covenant between a man and a woman'...some marriages regrettably do fail and that the Church's care for couples in that situation should be of paramount importance...there are exceptional circumstances in which a divorced person may be married in church during the lifetime of a former spouse."

The Anglican Church does not define exactly what qualifies as exceptional circumstances; this is primarily left up to the presiding minister to determine whether a second church wedding can be allowed.

One instance in which the Anglican Church forbids a second church wedding for divorced persons is if the new relationship contributed to the breakdown of the first marriage, Ed Condon, a Catholic canon lawyer in the U.K., told CNA. This was what prevented a church wedding for Prince Charles and Camilla Parker Bowles in 2005.

"If there's been no openly scandalous reasons or contributing factors, that would allow the Anglican authorities to say well, you can have a church wedding," Condon said. Harry and Markle are expected to be married at St. George's Chapel at Windsor Castle.

But accepting attitudes about divorced monarchs is indicative of a broader breakdown of marriage that can be seen, particularly in the West, Bradley noted.

"The opposition to Edward VIII was, first of all, that society didn't recognize divorce as something that was good at the time, and now it does, unfortunately," he said.

Currently, "(the) new head of the [British] Supreme Court is pushing for no-fault divorce. We've gone from a situation where divorce was such a social issue that you couldn't remain monarch and be married to a divorced person, and now we're in a situation where the Supreme Court is pushing for no-fault divorce," he said. "So it's the complete collapse of marriage as we see in America and the rest of the West."

While Markle attended an all-girls Catholic school in L.A., it is unclear whether she was baptized as a Catholic, and she told Vanity Fair earlier this year that she was not raised as one.

Numerous British sources report that Markle has identified as a Protestant for some time before the engagement, and plans to be baptized and confirmed in the Church of England before marrying Harry.

However, if she were a Catholic, this too would have been an obstacle to her marrying into the royal family until very recently. Opposition to Catholics ascending to the throne dates back to King Henry VIII, who broke from the Catholic Church in the 1500s in order to divorce his wife, Catherine of Aragon, and marry another, because he blamed Catherine for failing to produce a son who could succeed to the throne.

The Succession to the Crown Act 2013 allowed heirs to the throne to marry Catholics, among other changes. However, the law still stipulates that the acting British sovereign mustn't be a Catholic.

Catholics and the indissolubility of marriage

The Catholic Church teaches "that marriage is indissoluble, it is literally black and white," Bradley noted.

"It's a bond that cannot be broken, because God respects the promises that the husband and wife make to each other, and he does what's asked. He binds together these two people who are asking to be bound together, it's a respecting of the free will of the individuals," he added.

The Catechism of the Catholic Church, in paragraph 1614, states that: "In his preaching Jesus unequivocally taught the original meaning of the union of man and woman as the Creator willed it from the beginning permission given by Moses to divorce one's wife was a concession to the hardness of hearts.The matrimonial union of man and woman is indissoluble: God himself has determined it "what therefore God has joined together, let no man put asunder."

The Catholic Church recognizes as sacramental the marriages between two baptized persons of any Christian community, Bradley noted.

"If both parties are baptized it's a sacramental marriage, and non-Catholics are not bound by canonical form, so they're quite at liberty to be married in the Church of England, and we recognize that they're being married according to the rights of their ecclesial communities."

However, if Markle's first-marriage were valid, she would not be free to validly marry Harry.  An annulment, or declaration of nullity, of her first marriage, would establish that her previous marriage was invalid, Bradley said.

Condon noted that the Catholic Church also presumes the indissolubility of all marriages, whether those be marriages of Catholics, Christians, believers, or nonbelievers.

"The life-long partnership of one man and one woman is part of the natural law and God's plan for all humanity. The Church's presumption of validity pertains to all marriages, including Ms. Markle's," he said.

"That having been said, we don't know any of the details of that union, or if a canonical process is underway regarding it. Catholics should, I would suggest, understand the royal engagement the same way they would the marriage of any two people they don't know personally: be happy for them."

Bradley added that the fact that royal engagements are always met with a resounding reaction of "joy and happiness," which "shows that even when, in some sense, the marriage isn't everything we would want it to be, society as a whole has a natural inclination towards the good and towards what marriage represents."

"So people see the goodness of marriage, even people who are opposed to the institution of marriage will cheer when a couple like this get married, or get engaged, because it takes a very hardened heart not to be happy that two people are seeking this good."