How the Rosary saved one man from drugs and prison

A life of crime and drug addiction landed Khristian Briones, 39, in prison for ten years. During that time, he paid his debt to society, and he set out on a path of faith and conversion that began with praying the rosary. 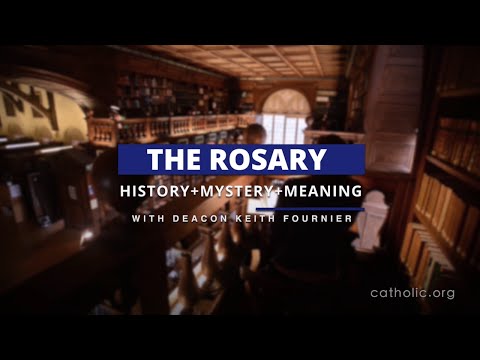 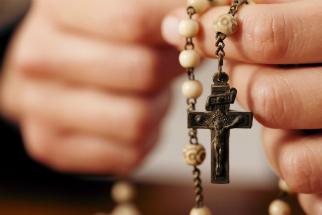 The Rosary has the power to change lives.

Santiago, Chile (ACI Prensa) - Briones was raised by his grandparents in Chile. They lived in poverty. Alcoholism, domestic violence and drug addiction were a regular part of his home life. Lacking opportunities, and hungry all the time, he began to admire criminals who robbed food trucks and distributed the food to the people of his neighborhood.

Briones spent his childhood and adolescence in juvenile detention centers, where he became "acculturated in crime." He stole, gambled, and tried drugs. "I became more and more addicted and violent," Briones told ACI Prensa.

Despite their life of crime, many criminals in Chile have a superstitious devotion to Our Lady of Montserrat, whom they consider their patroness. They believe she will protect them as they commit their crimes or that she will get them released from prison.

Like others, Briones prayed to Our Lady of Montserrat for protection during his life of crime. Many nights in prison he asked God and Our Lady to spare him from death. Nevertheless, he made enemies in prison, and he ended his sentence with 20 stab wounds, two gunshot wounds and one third of his body burned.

While serving his sentence, Briones spent five years in the Rosary Workshop program run by the Paternitas Foundation, which is dedicated to the rehabilitation, job training and transition back into society for convicts. His prison workshop constructed made 3500 wood rosaries per month, earning some money the prisoners sent back to their families.

Briones told ACI Prensa that "the rosary is a light in the darkness of the prison," since it helps "the guys to get closer to God. Most of them believe in God, in Our Lady of Montserrat, but their faith is misguided. That's where I was; I was Catholic in my own way."

During his time in prison, Briones did not learn to pray the rosary or understand its value. But when he got out of prison, he went to the Paternitas Foundation and worked as a cleaning assistant, began to give motivational talks, study social work, and eventually he became an instructor at the Rosary Workshop.

It was at this time, he said, that he began to love Our Lady and understand the mystery of faith. He began to sell rosaries on buses; he shared "his job" with eight other convicts who also were getting out of prison, as a way to start supporting themselves.

Eventually, Briones spiraled into depression and fell back into drug addiction. He turned away from God and quit praying. But one day he gave someone a cigarette, and the recipient offered simple words of thanks. The words "God bless you" set Briones back on the path of faith.

"I cried, I prayed and I clung to the rosary, I started practicing my faith again," he said. "Prayer is very powerful."

In this reencounter with Jesus, Briones began promoting a prayer campaign, "A Million Rosaries for the Pope, the Faith, Life and the Family" in Chile "to get the people in 'pope mode' so we can give him a good reception and so his message reaches the hearts of Chileans" during his January 15-18 visit next year.

"Thanks to working on this campaign I'm understanding my Church more. I've gotten to know parishes and priests. I'm preparing to receive Confirmation and I want to get married and have children. I never thought about that before."

"I have faith that God does exist and Our Lady is with us, and she can change you. Our Lady kept me from dying, she's helped me move forward, to prepare myself as a person and as a professional, to bear witness. God is working on me to become a better Christian, he's working on me, transforming a clay vessel into a new vessel," he reflected.

Briones wants to share a message of hope with people who are in prison and to do it through "a rosary workshop about four times a week with catechesis and Mass included."

He also wants to begin a prisoners' rehabilitation and reintegration foundation. Briones is certain that "with prayer the goal can be reached."

For now, he is continuing his motivational talks in schools so students can "become aware and make a difference in society. And if they happen to fall, they can get back up on their feet," he said.

Also during this time, Briones is taking advantage of spreading the "Million Rosaries" campaign. He says he knows that Pope Francis' visit will be good for the country and especially for the female inmates at the Women's Penitentiary Center in Santiago, the prison the pontiff will visit.

"It will be a blessing for the prison to receive this visit of hope, love and joy that the pope himself represents; he's very charismatic, close to us, always smiling. That will do a lot of good. It will do all of us good because he invites us to go out, to be close to others. With his Franciscan spirit he calls us to go out and evangelize, and to be a Church that goes out" to the peripheries, he said.