Cardinal Giuseppe Versaldi, Prefect of the Congregation for Catholic Education, proposed last week five keys for pastoral education "to respond in depth to the current challenges of society." 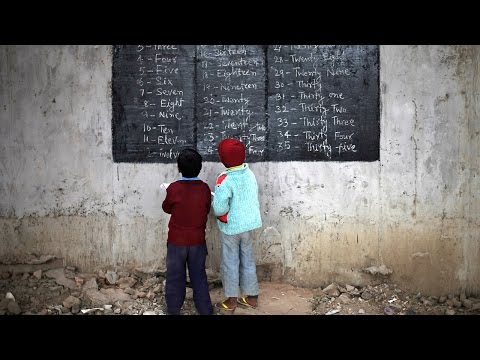 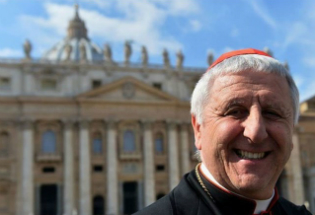 In his keynote address,  Cardinal Versaldi explained that education "must be careful to avoid  two  extreme and opposite dangers: that of an educational program imposed on the student without respecting his autonomy and requirements; and an educational program that simply goes along with whatever the  students ask for, or without any consideration for their personal growth."

The cardinal then proposed five keys for education in Catholic schools:

Proclamation of the Christian life

"The Catholic school has both the right and duty to not only teach in consistency with its own values, but also to have an inner dynamic of  proclaiming and living the Christian life," Cardinal Versaldi said.

"Such an educational program  becomes for believers in Christ an opportunity for  growth and the  integration of faith and reason and also for living out the life of the Church."

For non-believers it is "an opportunity to better know the authentic Gospel message which their conscience has to then consider and  which they're always  free to accept or not," he said.

"It would be unjust to ask, in the name of tolerance for Catholic schools to take a neutral approach  in what they teach  and to not to be able to foster a religious way of life, while still respecting  people's freedom, since the students  have decided to go to an  institution they already know is Catholic."

The witness of charity

Cardinal Versaldi said a school community's  witness must be "obviously noted for" its charity, which makes "the values conveyed through its teaching credible and attractive."

"A Christian school community imbued with this charity is in and of itself the best means of pastoral ministry."

The ongoing formation of professors in teaching methods and especially in "their spiritual growth  and their truly living out their faith ... is not a waste of  time or effort which takes way from their actual  teaching," Cardinal Versaldi said.

Such formation can make both the faculty and the administration able to "credibly engage with and also to be a partner in dialogue with civil society and the state schools in order to create a Chilean society founded on the  shared values of respect for cultural and religious diversity."

Working together with the Church

Cardinal Versaldi said the school's pastoral ministry must work side by side with the local Church and parishes so that they "mutually help each other out in their different  roles" without "imposing  on the school the responsibilities that mostly belong to the parish or vice versa."

In addition "it is important to foster a consistent witness, including that of their lives outside the classroom, such that the Church community would think the school a living example of her realities."

Providence as a guide

"Schools need to deepen their knowledge of what's going on in society in both its positive and negative aspects, discerning  the signs of the times, animated not by a paralyzing pessimism but rather with Christian hope founded on the faith that human history is always guided by Divine Providence despite people's free will," the cardinal stated.

"It is important to maintain this faith and translate it into the work of education as an overriding way of acting in order to become protagonists in a true renewal of the social scene without letting oneself be manipulated by the various political factions."

"Thus the Catholic school will always be on the forefront of dealing with the new challenges that the world must face such as care for the environment and immigration that politics in general tends to discount, marginalizing more people and creating dangers for future generations," Cardinal Versaldi concluded.