How a Catholic should deal with Tinder and other dating apps

If a recent Vanity Fair issue is to be believed, there's some disheartening news for single people: the "dating apocalypse," brought on by wildly popular dating apps like "Tinder," is upon us. 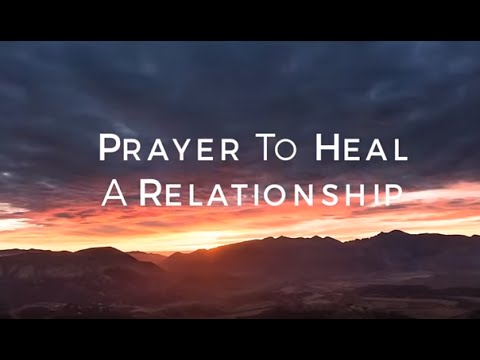 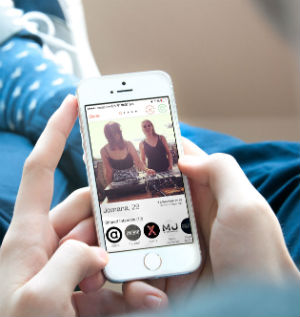 Young singles are too busy swiping left and right on their phones making shallow, transient connections, rather than finding real love with real people.

Denver, Colo. (CNA/EWTN News) - Young singles are too busy swiping left and right on their phones making shallow, transient connections, rather than finding real love with real people. Romance is dead, proposes author Nancy Jo Sales, in the September 2015 issue of the publication.

What sets Tinder apart from most other dating app or online dating experiences is speed and brevity. Based on a photo, first name, and age alone, users decide whether to swipe left (to pass) or right (to like). With GPS tracking, the app also tells users exactly how far away potential matches may be, making life even easier for those just looking for a quick hook-up.

The biggest criticism of Tinder? It's a seriously shallow app that turns people into quickly-judged commodities on a screen.

In a 2013 article by The Guardian, "Tinder: the shallowest dating app ever?" author Pete Cashmore explains the ick-factor, yet addictiveness, of Tinder when compared to another dating app called Twine.

"Of the two apps, though, Tinder sounded worse, just because it seemed so contemptuously superficial. There are hundreds upon thousands of women, about whom you know almost nothing, and you snap-appraise them with a single swipe. It's a finger-flicking hymn to the instant gratification of the smartphone age. It's addictive."

Fradd had some harsh words for Tinder.

"Tinder exists for those who would rather not purchase a prostitute," he told CNA.

"I would imagine most people who use that app aren't there because they're looking for a chaste relationship," he added.

And indeed, quite a bit of colloquial evidence backs him up. Alex in the Vanity Fair article said dating apps have turned romance into a competition of "Who's slept with the best, hottest girls?"

"You could talk to two or three girls at a bar and pick the best one, or you can swipe a couple hundred people a day - the sample size is so much larger," he said. "It's setting up two or three Tinder dates a week and, chances are, sleeping with all of them, so you could rack up 100 girls you've slept with in a year."

But Tinder doesn't always have to be that way, users argue. It is possible to find people on the app who want to go on some good old-fashioned dates.

Ross is a twenty-something Nebraska-to-New York City transplant and a cradle Catholic who's used his fair share of both dating apps and sites. When signing up for Tinder, Ross said, probably the most important factor in whether someone will find potential dates or hook-ups is location, location, location.

"Your region matters so much," he told CNA in an e-mail interview. "In Nebraska, women date on Tinder. They really do... In New York, (most) want a distraction, attention, and/or a hook up. Not emotion or connections."

Holly, a twenty-something devout Catholic living in Kansas City, said she has had success finding a date - and a pretty decent one at that - on the app.

"I went on a great Tinder date. Granted it was the only Tinder date, but we even went out a few times before things ended. At the time Tinder sort of freaked me out, but I decided to jump in head first and it was an enjoyable experience over all," she said.

Many young people who've used Tinder also argue that the "shallow" critique is a bit overblown, considering that dating always takes into account whether or not a potential mate is physically attractive.

While she's definitely experienced the creepier side of Tinder - with guys sending her "rankings" on a scale of 1 to 10 and other, um, less-than-endearing messages, she said she found the app could be used as a way to maybe meet some new people in person and to get recommendations of things to do in the city.

"I think to immediately classify Tinder or any other dating app as a 'hook-up' app or as a very bad thing goes against the idea that things are morally neutral," Michelle said. "Just like alcohol is not inherently bad but can be used for evil, I don't think Tinder is inherently evil as well. I definitely think you can use Tinder if you're using it to meet people - not to hook up with people."

The morality of Tinder

It's admittedly a bit difficult to find someone who can speak with moral authority specifically to dating apps in the Catholic world. Because of the very recent explosion of smartphones, followed by the subsequent explosion of dating apps, or because of vows of celibacy, many clergy and moral experts have actually never used dating apps themselves.

Fr. Gregory Plow, T.O.R., falls into that category. Even though he's a young priest and friar who's never used Tinder, Fr. Plow works with hundreds of young people every day as the director of Households at Franciscan University of Steubenville, Ohio (kind of like Greek houses, but faith-based).

Fr. Plow said when Catholics determine the morality of any act or tool, like Tinder, three things must be considered.

"Whenever discerning the morality of an act not explicitly defined by Church teaching, we must examine the object, the intention, and the circumstances," he said, referencing paragraph 1757 of the Catechism of the Catholic Church.

"Regarding the 'object,' apps - in general, as an invention - are not bad in and of themselves. Like most other technologies, they are morally neutral in and of themselves," he said. "Apps do, however, possess a certainly quality of being transitory that can factor in to the other two components (intention and circumstances) that factor in to judging the morality of an act."

The transitory, cursory nature of swiping based on one picture in Tinder can be morally dangerous if that same mentality transfers to relationships with people, he said. Instead of pausing and taking the time to form real relationships, some people may decide to move on to the next best thing because they have so many options.

"Therefore, in as much dating apps are impersonal and transitory, or are used with the intention for receiving gratification and pleasure, they are immoral," he said. "If, however, online dating apps or services assisting people in leading them to find another person to share the love of God with in the uniqueness of a dating relationship or marriage, it can be (morally) good."

Mary Beth Bonacci, a Catholic speaker and author on John Paul II's Theology of the Body, said what's concerning about Tinder when compared to online dating sites such as CatholicMatch is the rapidity with which people can be turned into objects.

"The entire realm of dating is full of opportunities to turn a human person into a commodity. We get so wrapped up in thinking about what we want for ourselves that we forget we are dealing with another human person - and image and likeness of God. It's always been a temptation," she said.

"But the rapid-fire nature of Tinder's 'scan and swipe' makes it easy to turn many, many human persons into commodities in a short period of time. That is what is scariest to me."

Bonacci said while it's possible to find someone who's interested in a virtuous dating relationship through apps like Tinder, the chances of that happening are probably pretty low when compared with online dating sites that have more extensive profiles.

Meeting someone in person as soon as possible is also key, she said, in determining whether or not a match made online or in an app has a chance of turning into a dating relationship. But apps like Tinder aren't exactly helping breathe new life into romance, she said.

"Everything is instant. The nearly-anonymous sex is of course the antithesis of anything romantic or respectful. In the old days of the 'meat market' singles' bar, a person had to get dressed up, leave the house, buy a few drinks and at least pretend to have some real interest in the other person."

The Church has a duty, she said, to offer young people better alternatives in the dating world than the instant gratification that they find in the current culture.

"The Vanity Fair article reminded me once again that we have to offer teens and young adults an alternative to the degrading, hook up world that surrounds them. We can't scare them out of it. They need to be inspired, to fall in love with the real beauty of the Christian vision of human sexual morality," she said.

"They need to see their own dignity, their own importance, and how respecting their bodies and the beautiful language of human sexuality is the only way to finding real love. We have to. We can't allow another generation of kids to fall into this cesspool."

This article was originally published on CNA Sept. 13, 2015.