A newborn baby girl appears to be trying to walk in a new viral video. 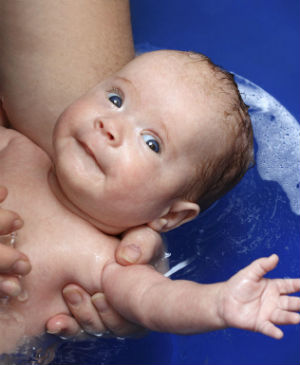 A newborn baby [not pictured] was featured in a viral video appearing to walk.

LOS ANGELES, CA (Catholic Online) - Taken at the Santa Cruz Hospital, a Brazilian hospital in Rio Grande do Sul, the baby's nurses are seen completely stunned as the unnamed newborn pumps her legs in a walking motion.

According to the midwife featured in the video, she was attempting to give the baby a bath, but states the baby only wanted to get up and walk.

The revealing video, uploaded on Facebook by Arlete Arantes, has been shared over 1.6 million times and has received more than 72 million views, according to Tech Times.

Some of the commenters are equally as in awe as the nurses who witnessed the action, while others have dismissed the video explaining the motion is a natural reflex in newborns.

According to Dr. Kenneth Wible from Children's Mercy Hospitals and Clinics in Kansas City, newborns who place one foot in front of the other, the "walking" motion, are exhibiting the stepping reflex, which can be attributed to "human's primitive instinct" to move.

This reflex is to "prepare a child to walk" and will be gone by the infant's fourth month.