Couple from Uruguay shocked when U.S. doctor offers to operate on unborn son

Free World Class Education
FREE Catholic Classes
'I started laughing, like what, they do that?' 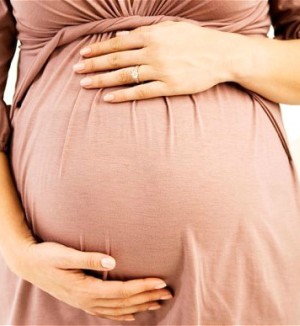 LOS ANGELES, CA (Catholic Online) - Cecilia and her partner Pablo Paladino, both from Uruguay, were told their unborn son had a tumor on his tiny heart.

The couple's doctor sent the ultrasound images to Dr. Jack Rychik of the Children's Hospital of Philadelphia (CHOP), who responded immediately.

"The minute I saw [the ultrasound images], I recognized there was a giant tumor sitting on the heart."

Dr. Rychik told CBS: "His heart at the time of surgery was the size of a peanut. The size of the tumor was three-times the size of the heart. Had we waited an additional day, we probably would have been too late."

The couple was sent to the United States and Cella went into surgery at CHOP.

Dr. Rychik and his team performed surgery on her unborn son when he was only at 21-weeks gestation.

Paladino shared, "We never heard [of] this before."

Cella admitted, "I started laughing, like what, they do that?"

Dr. Rychik explained: "We're operating on two patients here with the single intent. Our goal is to get to the tumor and resect the tumor but we also have mother and baby."

The procedure conducted in October was successful, making baby Juan the second child who survived such an invasive surgery in the womb. Doctors reported the tumor was benign, and two months later, Juan was born on December 11 at 31-weeks gestation. 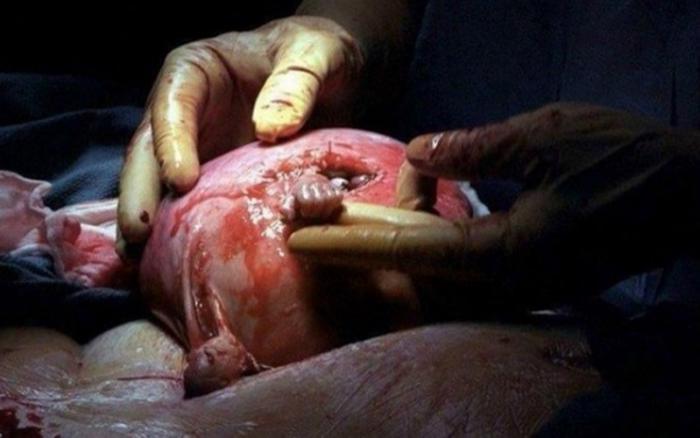 17 years ago the first surgery on a child still within the womb was conducted in Nashville. Today, doctors have made the amazing life-saving surgery nearly routine.

Doctors were saddened to share a second tumor had grown to replace the one they removed when he was still in the womb but the second removal surgery was successful and Juan survived the odds a second time.

"There were a lot of chances the baby was going to die," Paladino stated.

Thankfully, at three-months-old, baby Juan is happy and healthy.

Dr. Rychik reported: "There are no other human beings alive today who have had fetal surgery for this removal of this type of tumor that are 30, 40, 50, 60 years old. We could then say what the prognosis is going to be."

Though his future is uncertain, Cella and Paladino are grateful for the life-saving surgeries their son survived. The couple looks at their boy and are still amazed at their little miracle.

"Crazy, unbelievable, I look at him, I can't believe what they did here," Cella stated. "It's awesome."

Paladino added, "We are grateful that we came here. The doctors are amazing."

The little family of three is now back home in Uruguay and report Juan is meeting all his normal milestones.

The cause of Juan's type of tumor is currently unknown and is typically fatal. Please pray healing, peace, grace and mercy for the family.