A magazine aimed at teenagers suggested gift ideas for friends who have "just had an abortion." 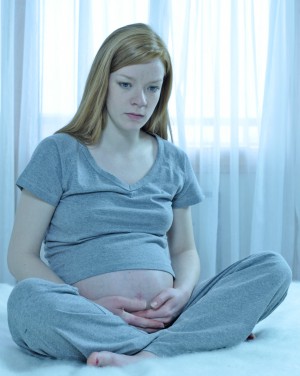 he shocking teenage article suggests abortions are not 'terrible.'

LOS ANGELES, CA (Catholic Online) - The alarming article begins, "So your friend is about to have an abortion."

The fact that this is a magazine aimed at teenagers and focuses on sex and abortion as if it is normal is terrifying enough, but it continues to say abortion is "OK."

It claims the hardest part of abortion is facing the stigma that comes with it. There is no mention of life being destroyed, except maybe the teen mom's of course, because what could be worse than having a child?

The disgusting article claims anyone who aborts "shouldn't have to feel ashamed because she made the right choice for her situation. She is not ready to carry a pregnancy to term - and that's OK."

The article then lists several gift ideas to help the friend who has just murdered her child.

The first gift idea is a 90s film about teenagers at an all-girl prep school. The girls face eating disorders, bullying, sex and various forms of harassment but hey, they stick together, so it's all good, right? Right?

Other gifts include underwear, a terrifying trans-friendly heating pad, a Spice Girls "GRL PWR" hat. The article reads: "The world can be kind of a harsh place for girls and femme-identifying people, and the most important thing you've got is each other. Remember that no matter what society tells you, you're not in competition...So show the world that you are not backstabbing, book-burning, bullies. You are kind, smart and strong, and you show up for your friends.

Somehow, giving a girl a baseball cap reading "GRL PWR" will help her deal with the fact that she just killed someone and will likely face the loss with shame and regret for the rest of her life.

Parents were quick to respond, with Arina Grossu of the Family Research Council commenting: "...sorry to break it to you, but the act of killing your own child IS indeed so terrible. Thank God our God is a forgiving and merciful God to women who have had abortions and who seek Him out in regret, but the act itself is never, ever ok."

The site just got worse as it went along. It suggested teens support Planned Parenthood by purchasing an "F U-TERUS" pin so if a "rude jerk" asks if the girl regrets her decision she doesn't need to offer a verbal response. It then suggested teenagers should sign up as abortion clinic escorts! 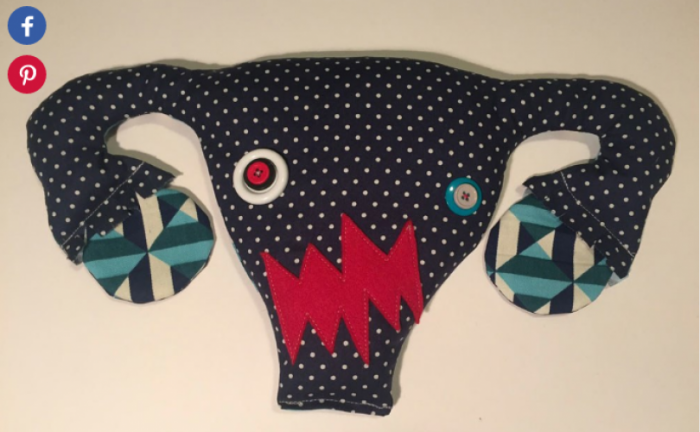 They claim the aid helps girls who are struggling with the decision to abort. In other words, the site is encouraging teenagers to convince other kids to choose abortion, rather than face the consequences of their actions and raise their child, as God intended.

Coloring books, pro-abortion embroidery, and even chocolate were options for teenagers who just chose abortion. The message the site was sending is simple: By choosing abortion, you are choosing to exercise your powers as a woman.

Ironically, the caption beneath the chocolate suggestion read, "Let your best babe know how much you love her in the sweetest way possible."

Did the author, Whitney Bell, really not see how "babe" and "love" are directly related to how much a mother should love her baby?

New Wave Feminists wrote: "This article exists. It's a thing. And it made me feel profoundly sad to read it...in Teen Vogue...where evidently we talk about abortion super casually. And also refuse to acknowledge that it's not all '2 throbbing hot balls of lead trying to escape your body,' but a human being, dying."

There was nothing in the article to help girls who were struggling to choose what to do with their pregnancies. No phone numbers or encouragement to keep their child. It was a cold, hard article focusing on killing babies and celebrating a woman's strength for choosing to live her life (quite selfishly) for herself.

Teen Vogue masked the bloody, painful, heartless, sinful decision with pretty words to make girls feel strong when the bottom line is they're attempting to pretend they never made a mistake and are covering it up with a permanent decision.

The magazine has featured controversial topics before, but this sickening article almost reads like a thinly-veiled Planned Parenthood advertisement.

Parents, it is obviously not safe to purchase secular magazines for your children without first really investigating its contents. The sickening contents could scar your children or worse - encourage them to disregard God's law and all accountability for cruelty and hurtful messages.

Remember, if a magazine for teenagers actually cared about its audience, it would give several perspectives, offer help and encourage kids to do what's right, not what's easy.