The Best Legacy We Can Leave

Free World Class Education
FREE Catholic Classes
Pope Francis offered advice on Wednesday about how to live in retirement fruitfully by leaving 'a legacy of good, rather than just goods.'

Speaking during his general audience on May 11, the pope said that retirement can be a "time to leave a good legacy of wisdom, tenderness, and gifts for the family and the community." 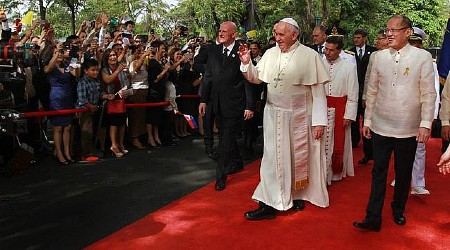 "When we think of an inheritance, at times we think of goods, and not of the goodness that is done in old age, and that has been sown. That goodness is the best legacy we can leave," he said in St. Peter's Square.

The pope commented that true heroism was not only found in great events of history, but also in the "love poured out in a difficult family and on behalf of a threatened community."

Pope Francis highlighted the biblical example of Judith, whom he praised for her heroism and her faith.

The Book of Judith in the Old Testament relates how Judith saved the city of Bethulia by cutting off the head of the Assyrian general Holofernes, who was besieging the city.

"After her great adventure, Judith returned to live in her town, Bethulia, where she lived her old age beautifully, until she was 105," the pope noted.

In her "retirement," Judith continued to provide a heroic example by dedicating her time to her family and her community, as well as through charitable works, like that of granting "freedom to her favorite handmaid," the pope said.

Pope Francis pointed to how many retirees can devote themselves to the joy of helping to look after grandchildren, providing them with "irreplaceable lessons." But he also noted that "today fewer and fewer children are born, and parents are often more far away."

He said: "Judith was soon widowed and had no children, but, as an old woman, she was able to live a season of fullness and serenity, in the knowledge that she had lived to the fullest the mission the Lord had entrusted to her."

"When we are old, we lose some of our sight, but our inner gaze becomes more penetrating - one sees with the heart. We become capable of seeing things that previously escaped us ... It is true: the Lord does not entrust his talents only to the young and the strong. He has talents for everyone, made to fit each person, the elderly too," he said.

"The life of our communities must know how to benefit from the talents and charisms of so many elderly people who are already retired, but who are a wealth to be treasured."

Pope Francis arrived at his live-streamed general audience sitting in the popemobile and greeted pilgrims while making several laps around St. Peter's Square.

At one point, the pope asked the popemobile to stop and invited some children to ride on board with him.

After greeting the pilgrims, the pope slowly walked up from the popemobile to his chair, where he remained seated for most of the audience. The pope concluded by leading the crowd in praying the Our Father in Latin.

The 85-year-old apologized again for not being able to stand to greet pilgrims during the traditional blessings of newlyweds at the end of the audience due to pain in his right knee.

"I would like to apologize because I will not be able to come to you today to greet you because of my knee: it is still hurting. You will have to walk a little to me, but it is all the same and I receive you with my heart in my hand," Francis said.

The pope also offered a spontaneous prayer for the people of Sri Lanka, where eight people have died and 200 have been injured in violent protests in the past few days, according to the Associated Press.

Two Ukrainian women were in attendance at the pope's audience: Kateryna Prokopenko, wife of Ukrainian Lieutenant Colonel Denis Prokopenko, and Arseniy Fedosiuk's wife, Yulya. Their husbands are currently fighting in the last stand to defend the Azovstal steel plant in the besieged city of Mariupol, Ukraine.

Also among those in the crowd were major superiors of women religious from the United States and newly ordained priests with the Legionaries of Christ.

In the pope's greeting to Polish pilgrims, he asked for the intercession of St. Stanislaus for vocations.

"May this strenuous defender of the divine moral order, especially in this week of prayer for vocations, obtain for all young people the gift of wise discernment of the path of life, of entrustment to Christ, and fidelity to evangelical values. I bless you from my heart," he said.