Three Servants of God on their way to Sainthood

Three servants of God are advancing toward sainthood: a 12-year old diagnosed with cancer who offered up her suffering, a man with a special devotion to the Sacred Heart, and a Civil War veteran who joined St. Damian of Molokai in his ministry to lepers. 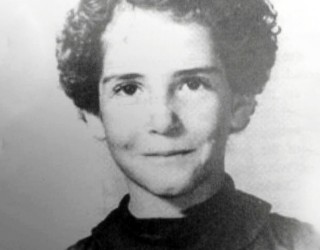 On Nov. 17, the U.S. Catholic bishops voted to advance on the local level the causes of beatification and canonization for Servants of God Charlene Marie Richard, Auguste Robert Pelafigue, and Joseph Ira Dutton.

Bishop J. Douglas Deshotel of Lafayette, La., and Bishop Larry Silva of Honolulu requested the votes during the bishops' annual fall meeting in Baltimore. Under Church law, diocesan bishops promoting a sainthood cause must consult with the regional bishops before the cause can advance.

"We are not asked to approve the cause," Milwaukee Archbishop Jerome Listecki, the chairman of the U.S. bishops' canonical affairs and Church governance committee, said. "Rather [what] we are invited to do is to observe, related to the cause, any advancements of views of social, religious, or even political significance."

Here is a look at the new candidates for sainthood:

Born on Jan. 13, 1947, Richard was raised in a Louisiana town of the same name: Richard. Growing up, she cherished her family, her Catholic faith -- with a special devotion to St. Therese of Lisieux -- and basketball. The second of 10 children, she reportedly "played Mass" with her brother, John Dale.

In middle school, the young Cajun girl was diagnosed with terminal leukemia, a cancer of the bone marrow and lymphatic system. She responded to the illness by offering up her pain and suffering for others.

Every day, the child asked the priest who ministered to her on her deathbed, "Father, who am I to offer my sufferings for today?"

Richard died 16 days after her diagnosis on Aug. 11, 1959. She was just 12 years old. Bishop Deshotel officially opened the cause of canonization for Richard, also known as the "little Cajun saint," in January 2020.

"I ask the approval of the conference in pursuing this cause of this innocent child who has proven to be an inspiration to all of us in our human condition as we carry the cross of illness," Bishop Deshotel said.

Like Richard, Pelafigue also lived in Louisiana. Born on Jan. 10, 1888, near Lourdes in France, he moved as a toddler with his family to Arnaudville, La.

Those close to him called him "Nonco" for "Uncle." A representative of the Auguste "Nonco" Pelafigue Foundation, Charles Hardy, said that he earned the nickname because he was "like a good uncle to everyone who came into his (circle) of influence."

That circle of influence was a large one. A teacher, Pelafigue joined the faculty of the Little Flower School in Arnaudville as the only lay member after teaching in public school. At the same time, he joined The Apostleship of Prayer, an organization with French roots dedicated to the Sacred Heart of Jesus.

According to Hardy, who spoke at the ceremony where Bishop Deshotel opened the cause of his canonization in 2020, "Nonco was known for his passionate devotion to the Sacred Heart of Jesus and the Blessed Virgin Mary."

"He devoutly attended daily Mass and served wherever he was needed," Hardy said. "Perhaps most inspiringly, with a rosary looped around his arm, Nonco traversed the highways and byways of his community, spreading devotion to the Sacred Heart of Jesus."

He also walked along rural roads visiting the sick and less fortunate, refusing rides from his neighbors as an act of penance for the conversion of souls and for those in purgatory.

Even on his weekends, Pelafigue worked tirelessly. He taught religion to public school students and organized the League of the Sacred Heart, which produced monthly pamphlets about the special devotion. Pelafigue also put together plays around Christmas and other feasts that often highlighted the Sacred Heart.

"Mr. Pelafigue has organized the League of the Sacred Heart with some 1,200 members and 101 promoters. He goes out on foot to visit the fallen away and invites them to prayer of the league," his pastor at the time, Fr. Daniel Bernard wrote, according to The Auguste "Nonco" Pelafigue Foundation. "He teaches in the Catholic School, teaches Catechism to the public school children - all out of love of God - with no pay. He organizes religious programs for the encouragement of the weak and edification of the strong. He has been in this parish, another priest. He is most humble. He attends Holy Mass and receives Holy Communion daily. He assists at all Masses on Sunday and Holy Days of Obligation."

"In a word," Bernard added, "he is a living example of the REAL CHRISTIAN."

This Servant of God fought in the Civil War for the Union Army where he was elevated to the rank of captain with the 13th Wisconsin Infantry Regiment Infantry. After he was discharged in 1866, Dutton faced a new set of challenges: a failed marriage to an unfaithful woman and a drinking problem.

He volunteered to bury the dead left on the battlefields at a site now known as the National Cemetery in Arlington, Va. He later worked at a distillery in Alabama, built railroads in Memphis, and settled claims for the War Department.

In the early 1880s, Dutton resolved to do penance for his past. He entered the Church on his 40th birthday and accepted Joseph as his baptismal name. After he joined a Trappist monastery in Kentucky, he realized that he was called to a more active life.

Inspired by the story of St. Damien of Molokai, he left his belongings behind to travel to Hawaii, and, in 1886, joined Father Damien in ministering to those with leprosy. St. Damien called his new friend "Brother" and, before dying, stressed, "I can die now. Brother Joseph will take care of my orphans."

In 1889, the priest died of leprosy, but Dutton remained in Molokai, running the Baldwin Home for boys'. Dutton's work attracted the attention of U.S. presidents, including Woodrow Wilson. In 1908, President Theodore Roosevelt diverted a fleet of battleships to sail past Molokai in honor of him.

Dutton died just before his 88th birthday, on March 26, 1931. His grave is located next to St. Damien's in Kalawao.

In May, Bishop Silva moved forward with the cause for canonization for Dutton who, before passing away, concluded, "It has been a happy place -- a happy life."