Free World Class Education
FREE Catholic Classes
The Church is being pulled in many directions, but the solution is obvious.

In 1517, Martin Luther unwittingly sparked the Protestant Reformation by issuing written protests to the practices of the Catholic Church. A profound tragedy unfolded as a result as the Church splintered and conflict erupted between Christians of different identities. In response, the Church launched the Counter-Reformation to reform clerical excess and affirm the core tenets of the Catholic faith. Today, a similar dynamic is at work as there are those working to splinter the Church, and those who hope to preserve it. 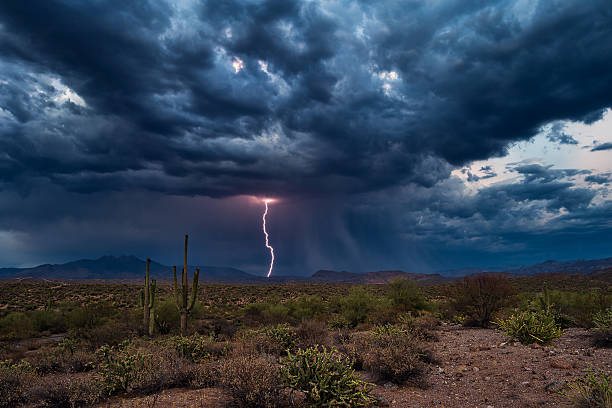 The truth is like rain in the desert. It is simple, pure, and it brings life. This is how we must be.

LOS ANGELES, CA (California Network) - History repeats itself, and like all other institutions, the Church is likewise susceptible to these cycles. When Martin Luther wrote his 95 Theses, he had a point, one that even his critics could not ignore. The Church was in serious need of reform. Corruption had seeped into the very hierarchy of the Church. Pope Alexander VI, who reigned from 1492 to 1503 had mistresses and fathered at least four illegitimate children. Simony, the selling of religious offices and goods had become common. The most common example was the rampant selling of indulgences, which offended Luther greatly.

While Luther was correct that the Church needed reform, it is impossible to justify what happened after he posted his 95 Theses. As the Church splintered and German princes began declaring themselves to be Protestants, Luther did nothing to stop the tragedy from unfolding. He appeared content to watch the Church splinter and divide while people began looking to him for guidance.

Luther's mistake was simple. He tried to fight evil with evil, and many suffered.

There are parallels in the Church today. Presently, there are two emerging factions within the Church that seem to be fostering division. Both factions mean well and believe they are right. But the division between them and the war of words isn't working to build the Church.

On one side, the Church has members including may priests and bishops who could be described as "liberal." This means they are more receptive to ideas such as women in the priesthood, married priests, same-sex relations, and relaxed rules over Communion. They are quite focused on Christ's most loving words and want the Church to be open, loving, and accepting. It's a popular stance, especially with young people, and it holds the promise of bringing many young people back into the Church. The only problem is many of these ideas are absolutely contrary to God's Law, something which even the Church itself cannot alter or abolish.

On the other side, there is a smaller but vocal number of Catholics who are passionate about following the letter of God's Law and Church teaching. They speak out in condemnation of the liberal trends within the Church. Of course, these persons are absolutely correct. However, the tenor and tone of their approach can be such that it alienates many. And they are often accused of being political, regardless if the accusation has merit. In any case, the approach is counterproductive because it offends the sensibilities of many, especially in an age where the liberal ideas are aggressively promoted and conservatives ideas are silenced; people are conditioned against conservative speech. The truth is always the truth, but it must be made palatable, otherwise too few will accept it. Like all good missionaries, we have to meet people where they are.

Both groups seek to reform the Church to "save" it, but both approaches are divisive and cause destruction, even within Catholic households.

A counter-reformation must happen.

When Jesus walked among the people of Israel, His preaching was focused on the Truth, the Gospel itself. He refused to be drawn into political commentary. When people tried to force Him to make political statements, he merely answered, "Render unto Caesar," (Mark 12:17) and that we are to love God and our neighbor. (Matt 22:37)

Jesus avoided these pitfalls by walking a path paved with the Truth.

This is what we must also do. A liberal preaching of the Gospel may be popular with many, but it should be obvious to all that such an interpretation is in stark opposition to the very plain Commandments given by God, Natural Law, and the teachings of the Church. Love is seen in the rules given to people. When parents love their children, they give them rules to protect them from harm, for example, "look both ways before crossing the street." Such rules are not intended to cause pain, but instead to protect us from harm. Likewise, God's Commandments protect us. Yet, we can choose to disobey them, after all, with freedom comes the radical possibility of sin. But a wise person recognizes the rules are there to guide and protect us, not to oppress us.

At the same time, a "conservative" preaching of the Gospel may be correct, but love and compassion must be emphasized. The letter of the law is meaningless if the spirit of the law is ignored. And the spirit of the law is love. We must condemn the sins, because speaking permissively on these issues is no more benevolent than removing the guardrails from a winding mountain road. Many people will simply drive off the edge to their doom. That isn't love.

But we must not condemn people ourselves because people are attracted by love and acceptance, not rejection. A way must be found to communicate the truth, but with tremendous love so no person feels belittled or rejected.

The popular way of saying all this is, "hate the sin, love the sinner." And if we do not speak with love, then our words will repel those we wish to save and what's the point of that?

So, we must preach the Gospel, even if it means a return to simple, plain speaking. We should not shy away from parables. We must follow Christ's example, condemning sin, but always quick to pardon even the worst of sins. We must work to meet people's needs, serving the sick and the poor. The Church must not be afraid to wander into the slums, the dens of vice, and the homes of sinners. And we must have the courage to always speak the truth, and the strength to speak it with love.

This new counter-reformation will succeed, just as the original Counter-Reformation did. A return to the basics is a wonderful way to respond when things have become complicated. Because we are created by God, we thirst for Him. We cannot crave what does not exist. We crave water because it is real and it is essential to our survival. Likewise, all people, even the most ardent atheist, craves to know God and the Truth, because He exists. The Gospel Truth is like raindrops upon the Mojave. They bring life. Every thirsty soul welcomes them and delights. So, when we preach the truth with love, the simple truth, without political leanings, we are like the welcome clouds that bring the lifegiving rain. Nobody rejects the True, Risen Christ. Nobody can reject Him, anymore than a person can reject the water they need to survive. But we must offer this truth, pure as water to those who thirst. Water, not gall.

The Church will blossom and flourish in the generations to come, if only we preach the Gospel Truth with love.