The Vatican has published an update to the Church's penal code to punish sex abuse and corruption more harshly. 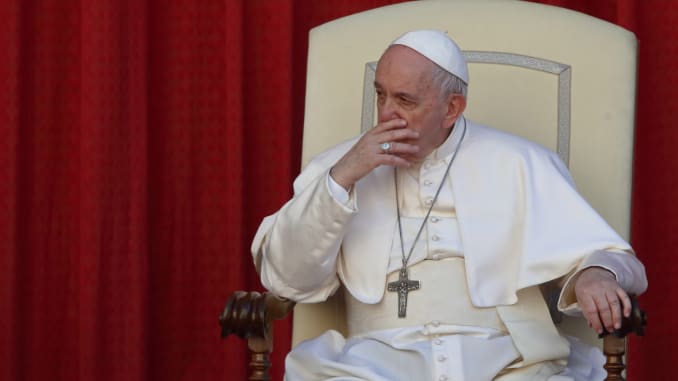 LOS ANGELES, CA (California Network) - A new penal code published by the Vatican broadens the list of people who can be punished for sexual abuse of others. The law now covers laypeople and those in religious orders who are not also priests. However, it still does not automatically defrock abusive priests, as most people want.

The law also places emphasis on the bishop's obligation in each diocese to take punitive action, especially when local enforcement of the law does not appear sufficient to do justice or bring about reform. Note, the penal code update does not simply apply to sex abuse, but all manner of criminal behaviors, including corruption.

Pope Francis delivered remarks in a decree, explaining that charity and discipline are related, and it is insufficient to offer "only exhortations or suggestions."

With respect to the sexual abuse of minors and vulnerable persons, the law now classifies those offenses as "crimes against the life, dignity and freedom of man." It is this designation that makes it possible for the Church to prosecute laypersons and those who are not priests, but are members of religious orders.

Some critics of the change argue that the law still makes reference to the Sixth Commandment and therefore minimizes the severity of the crime. The Sixth Commandment prohibits adultery, and child sexual abuse is more serious than adultery. However, the Ten Commandments do cover such offenses. This is because each Commandment, while laconically stated, covers a remarkably wide range of offenses. To delete the reference could also cause confusion.

Sex abuse scandals are likely the greatest evil to befall the Church in a very long time. Certainly such abuse is ubiquitous across time and in every organization, not just the Church. However, the members of the Church, especially the clergy are expected to strive to meet a standard of impeccability. And failing that, they are at least expected to refrain from abuse. Add corruption and cover-ups to the problem, and the Church begins to lose moral credibility in the hearts of parishoners, a dangerous condition.

The Church must take the absolute, strongest position possible on these issues to restore its reputation. That means making reparations to victims as well as taking tangible, effective steps to ensure justice and protect people.

Any weakness in addressing this issue, any slowness is deadly. While the latest reforms are welcome, as an institution among men, the Church must ask if more can be done, and it needs to do it.