'A heart open to God's will': Mary can teach us all how to pray fully

Pope Francis pointed to the Blessed Virgin Mary as a model of prayer that transforms restlessness into openness to God's will in his livestreamed general audience address Wednesday. 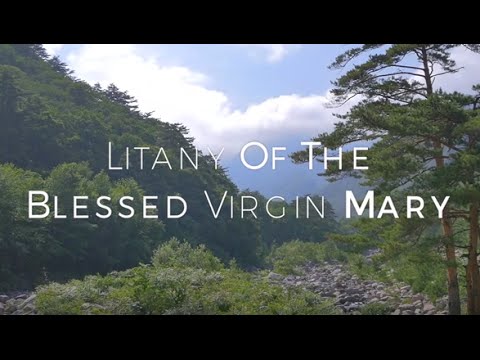 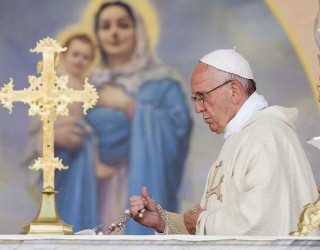 Vatican City (CNA) - "Mary accompanied Jesus' entire life in prayer, right up to His death and resurrection; and in the end, she continued and she accompanied the first steps of the nascent Church," Pope Francis said Nov. 18.

"Everything that happens around her ends up being reflected on in the depths of her heart ... The Mother keeps everything and brings it to her dialogue with God," he said.

Pope Francis said that the Virgin Mary's prayer at the Annunciation, in particular, exemplified prayer "with a heart open to God's will."

"When the world still knew nothing of her, when she was a simple girl engaged to a man of the house of David, Mary prayed. We can imagine the young girl of Nazareth wrapped in silence, in continual dialogue with God who would soon entrust her with a mission," the pope said.

"Mary was praying when the Archangel Gabriel came to bring his message to her in Nazareth. Her small yet immense 'Here I am,' which makes all of creation jump for joy at that moment, was preceded throughout salvation history by many other 'Here I ams,' by many trusting obediences, by many who were open to God's will."

The pope said there was no better way to pray than with an attitude of openness and humility. He recommended the prayer "Lord, what You want, when You want, and how You want."

"A simple prayer, but one in which we place ourselves in the Lord's hands so that He might guide us. All of us can pray like this, almost without words," he said.

"Mary did not autonomously conduct her life: she waits for God to take the reins of her path and guide her where He wants. She is docile, and with her availability she prepares the grand events in which God takes part in the world."

At the Annunciation, the Virgin Mary rejected fear with a prayerful "yes," even though she likely sensed that this would bring her tremendously difficult trials, the pope said.

Pope Francis urged those watching the general audience via livestream to pray during moments of restlessness.

"Prayer knows how to calm restlessness, knows how to transform it into availability ... prayer opens my heart and makes me open to God's will," he said.

"If in prayer we understand that each day given by God is a call, our hearts will then widen and we will accept everything. We will learn how to say: 'What You want, Lord. Promise me only that You will be present every step of my way.'"

Pope Francis explained that Mary was open to God's voice and that this guided her steps to where her presence was needed.

"Mary's presence is prayer, and her presence among the disciples in the Upper Room, awaiting the Holy Spirit, is in prayer. Thus Mary gives birth to the Church, she is the Mother of the Church," he said.

"Someone has compared Mary's heart to a pearl of incomparable splendor, formed and smoothed by patient acceptance of God's will through the mysteries of Jesus meditated on in prayer. How beautiful it would be if we too could be a bit like our Mother!"