For Shepherds, Neutrality is Not an Option

Though it was an unusual Holy Week this year, I'm sure I speak for every priest when I say that the arrival of Holy Thursday is always filled with gratitude for the gift of the priesthood. It offers us the opportunity, whether publicly or privately, to renew again the promises of our priestly ordination -- promises geared towards the service of God's people. The priesthood is one of those gifts given for the building up of the Body, the Church. It is not a personal possession of the priest. 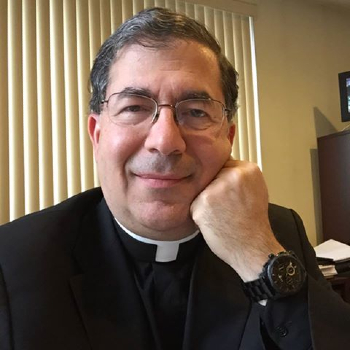 With this in mind, two of my favorite themes from Pope Francis, as guideposts to living the priestly ministry, are the themes of accompaniment and the exhortation to be "shepherds living with the smell of the sheep." These ideas, of course, go together.

To obtain the smell of the sheep, one should first be one of them. We are not primarily defined as "clergy" or "laity," but rather as disciples of Jesus Christ. We have one teacher; the rest are learners. And our salvation -- and growth in holiness -- do not ultimately depend on what type of service we exercise, or whether the Lord has taught in our streets or worked mighty miracles through us. They depend on whether we obey his Word and are in union with him. That's the same for everyone.

But what are shepherds to do to obtain the smell of the sheep? We are to accompany them. We are to be present to them, to listen to them so well that we can articulate their concerns as accurately and passionately as they can. Their joys and sorrows are to be ours. We are to all drink of the same spirit, and our service to them must be fully sincere, devoid of any sense of superiority or manipulation. 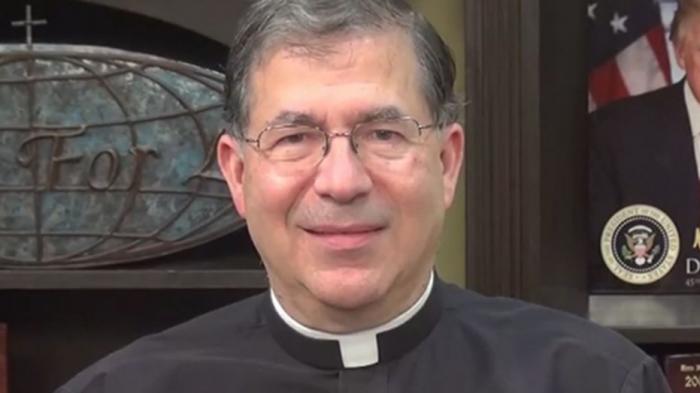 Fr. Frank Pavone is the national director for Priests for Life.

My life and priestly ministry are spent entirely in the realm of the pro-life movement -- in fact, the anti-abortion movement, a term I do not consider pejorative, any more than "anti-slavery" or "anti-terrorism" are. Since being authorized to do this work in 1993 by Cardinal John O'Connor, I have been serving as fulltime National Director of Priests for Life. My involvement in the pro-life movement pre-dates that, going back to my high school days in 1976.

And sadly, from the beginning of this mission, I have encountered every day the fact that the faithful Catholic warriors in this movement feel that the pro-life "smell of the sheep" is far too infrequently found on their shepherds. In fact, there is often a serious disconnect. Pro-life Catholics long for their clergy to be vocal about abortion, and they seldom hear the homilies; they thirst for their clergy to be with them praying at the abortion mills, but are too often left begging and waiting; they approach their pastors for permission to engage the parish or school in various pro-life activities, but are denied such permission, often without any explanation being given for the decision.

Indeed, the smell of the sheep is absent.

This is by no means an absolute statement. One of my great joys in leading Priests for Life is precisely to interact with those priests and deacons (and a number of bishops, too) who very much have the "pro-life smell of the sheep" on their clothing, and indeed on their skin. We thank God for them every day and provide them many helpful resources which they use with gratitude (such as my book, Proclaiming the Message of Life, which contains material for pro-life preaching for every set of Sunday readings in the lectionary).

But the problem of a disconnect remains.

And perhaps nowhere is that disconnect more palpable than when it comes to politics.

The Church does not permit Catholics to sit on the political sidelines. "Every voice matters in the public forum. Every vote counts," our bishops urge us in "Living the Gospel of Life." "Every act of responsible citizenship is an exercise of significant individual power. We must exercise that power in ways that defend human life" (LGL, 34).

But now, that question mark has become an exclamation point. President Trump has done everything past pro-life presidents have done and more. I have summarized some of his pro-life record at www.ProLifePresident.com. And he has defended the freedom of the Church to be pro-life, both in her internal practices and in her public witness. My own ministry, along with various dioceses, Catholic institutions, and the Little Sisters of the Poor had to fight all the way up to the Supreme Court for our freedom to live the faith. It was President Trump's election that gave us the victory.

And so we should not be surprised that many practicing Catholics are cheering him on for a second term. In fact, they are praying for that each day and looking for ways to inform their fellow believers of all the good progress that has been made, and of the dangers that the Church and the unborn face from the Democrats.

These pro-life Catholics are reading up, gearing up, and joining coalitions like the recently launched Catholics for Trump, on whose advisory board I am privileged to serve along with Deacon Keith Fournier and many other outstanding Catholics.

And this creates a challenge for some shepherds. They may shy away from this particular "smell of the sheep." They may find this form of "accompaniment" a bit too challenging to carry out.

Nonetheless, this is where a sizable portion of the flock are, and the duty of accompaniment remains.

Some like to say that no political party is perfect. They don't follow a party platform, but rather follow what the Church stands for. But more than ever, what's at issue in this election is precisely the freedom of the Church to stand for the things she believes. The very right of the Church to be the Church in the public square is under unprecedented threat.

And to the extent that we are shepherds ordained for the good of the Church, it is time to realize that in matters like that, neutrality is not an option.