After Columbine: How one survivor found faith, and a vocation

Many years before she entered religious life, Sister Mary Gianna Thornby was an ordinary high school sophomore at Columbine High School in the suburbs of Denver. 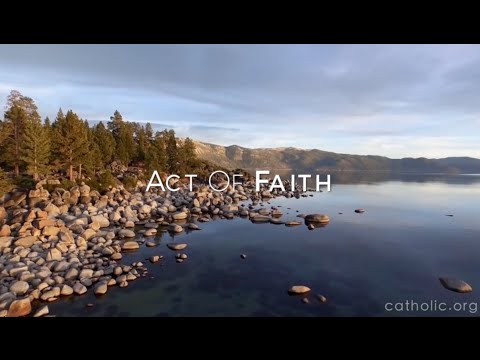 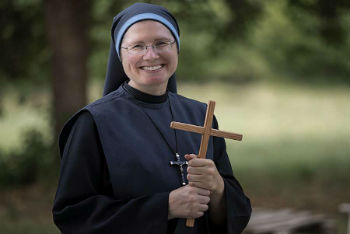 Denver, Colo., (CNA) - Many years before she entered religious life, Sister Mary Gianna Thornby was an ordinary high school sophomore at Columbine High School in the suburbs of Denver.

Like many high schoolers, she occasionally struggled with her identity, had experienced some bullying in middle school, and ultimately just wanted to fit in. She wasn't raised in a Christian home; at that time, God, faith - and certainly the Catholic Church - didn't register on her radar.

"Growing up, I didn't really know if God existed or not, or that He had a plan," Mary Gianna told CNA.

That April morning, sitting in art class right before the lunch hour, Mary Gianna said she felt an overwhelming urge to leave school. She says she remembers thinking: "I'm going to go home, and no one's going to talk me out of leaving."

Her friend was confused, and asked Mary Gianna why they weren't going to the library like they always did. She suggested they go and study for an upcoming test at a restaurant instead, so they walked out of the school and hopped into Mary Gianna's car, which her dad had only just bought her the week before.

As they were driving away, she looked in her rearview mirror and saw hundreds of her schoolmates running out of the school building.

With no idea what was going on, Mary and her friend simply continued on and arrived at a bagel shop. It was there that they heard what had happened.

On that morning, two students - 17 and 18 years old - began shooting people outside the high school, ultimately killing 13 and wounding more than 20 others before taking their own lives as well.

The violence perpetrated at Columbine would remain the most deadly shooting at a U.S. high school until February 2018, when 17 students died at Marjory Stoneman Douglas High in Florida.

Mary Gianna soon learned that most of the killings took place in the library - the place where, on any other day, she would have surely been during that exact time.

"And so I wondered: why wasn't I there?" she mused. "Every other day I was there, but that one day - what gave me that urge to leave?"

She remembers being told by someone: "God must have a plan for your life."

"I realized God existed, and He had a plan, but at the time I didn't know who God was. And at the time, people were questioning how could God allow something like this to happen," Mary Gianna said.

Every day, the next school year, she would walk by the spot where the library used to be - since so many of the killings took place there, it was demolished and eventually rebuilt in a different spot -wondering why she had been spared. At that time, she had the stirrings of faith, but still no clear answers.

She said she started drinking, going to parties, looking for other things to offer fulfillment - but she knew in her heart it wasn't where she was supposed to be. Her senior year, she said, she felt like she had finally reached "rock-bottom" and lost all hope.

"It was in those moments that I felt like I just couldn't go on in life that one of my friends invited me to the Catholic Church at St. Francis Cabrini in Littleton, Colorado," she said.

Immediately upon walking in, she met a representative of Franciscan University of Steubenville in Ohio, who encouraged her to consider going there for college. She also met a youth minister named Kate.

"She started telling me about a God that passionately loved me," Mary Gianna recalled.

Kate started taking her out for coffee and telling her about God's love - that He does have a plan, that Mary Gianna was made in his image and likeness. Growing up, she had no direction in life, Mary Gianna said, and God's love was that thing that she had been missing.

She ended up enrolling at Franciscan University, even though at first her father had misgivings about the cost. Later on, however, it seemed his heart had been changed. Mary Gianna said her parents were very supportive of her faith and the direction her life took after her conversion.

She went through RCIA her freshman year at Franciscan, and at the Easter vigil Mass on March 30, 2002 at the age of 19, she was received into the Catholic Church.

Mary Gianna experienced the call to religious life in 2008, when she went to the Cathedral of St. Paul in St. Paul, Minnesota and prayed that she would be able to enter into the Mass in a way she had never experienced before.

It was through Mass that she felt God's presence before her. She walked out of the chapel changed; all she wanted was religious life.

She chose a charismatic, Franciscan, contemplative, and missionary order called the Disciples of the Lord Jesus Christ, which brought her to Prayer Town, Texas, northwest of Amarillo. She pronounced her final vows on August 4, 2018.

Twenty years on from the Columbine tragedy, Mary Gianna said she thinks more of her former classmates are finding the strength to talk about what happened that day. She said she keeps in touch with some of her classmates, teachers, and the former principal of the school, especially her friend who left the school with her that day. They've talked about the experience since.

"I often think of the greatest tragedy of Jesus being put to death on the cross, and how it led to our salvation, and that even in the midst of the tragedy at Columbine, God can bring good," she reflected.

"That He would bring life out of death. And I think we've seen that in a lot of ways."

She mentioned the widely-known story of Rachel Joy Scott, a passionately Christian teenager who was one of the first Columbine students killed during the massacre. Rachel reportedly told her teacher shortly before her death that she thought she was going to have a "major impact in the world," and she always took care to reach out to the "new kid" in school and those who had been bullied or had no one to sit with at lunch.

Witnesses said the gunmen asked another student if she believed in God, and she answered yes. Then they shot her.

"I was amazed that: here was a girl from my high school who was so passionate about her faith that she was willing to say 'yes' and die for Christ," Mary Gianna reflected.

"And I thought: what would I have said? I could have easily been there that day. I didn't have faith. But then I realized: God knew this is where I would be. That if she was able to say 'yes' and die for Christ, I can say 'yes' and live for him. And that's what truly inspired me to really say 'yes,' to live for Him."

The religious sister says the Lord took her from a life of despair and hopelessness to a place of great joy for life, and a desire to share the "fullness of life" with others.

"I really feel like the sufferings I've had in this life; I think it's kept me close to the Lord. And I think it's the call to trust God, that He never allows a tragedy or a heartbreak to happen unless He can bring a greater good out of it," she said.