On Wednesday, Pope Francis reflected on his recent trip to Thailand and Japan, stating that economic and technological success are not what gives someone a good life, but the love he or she has received from God. 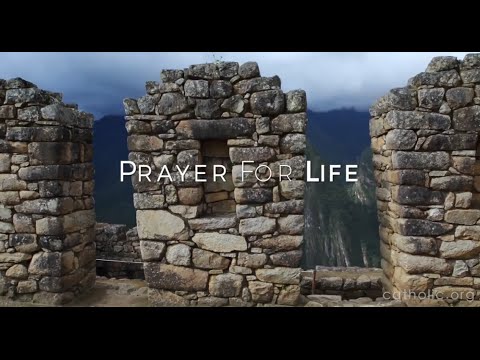 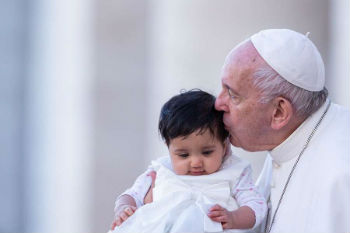 Vatican City, (CNA) - On Wednesday, Pope Francis reflected on his recent trip to Thailand and Japan, stating that economic and technological success are not what gives someone a good life, but the love he or she has received from God.

"To protect life one must love it," he said Nov. 27, "and today the grave threat, in the most developed countries, is the loss of the sense of living."

"Economic resources are not enough, technology is not enough, it takes the love of God the Father that Jesus Christ has given us and gives us."

Pope Francis held his usual general audience in St. Peter's Square at the Vatican one day after his return from a six-day visit to the Asian countries of Thailand and Japan, which he called "a gift for which I am so grateful to the Lord."

He thanked the bishops and authorities of the two countries for their invitation to visit and for their welcome and he thanked the Thai and Japanese people.

"This visit has increased my closeness and affection for these peoples: God bless them with abundance of prosperity and peace," he said.

Pope Francis was in Bangkok, Thailand, from Nov. 20-23, where he met the king, prime minister, authorities, and "paid tribute to the rich spiritual and cultural tradition of the Thai people, the people of the beautiful smile."

In Thailand, he encouraged harmony between the different parts of the country and for economic development of the nation to consider the wellbeing of everyone.

He also urged an end to exploitation, especially of women and minors. Thailand has a high rate of prostitution and sex tourism, as well as human trafficking and trafficking of minors.

The pope noted his meeting with the Supreme Buddhist Patriarch, continuing "the path of mutual esteem" initiated by previous popes. The meeting with interreligious and ecumenical leaders in Bangkok was also very significant, he said.

Francis was also able to experience "the witness of the Church in Thailand," through its care of the sick and the least at St. Louis Hospital and in meetings with priests, religious, and bishops.

He also celebrated two public Masses. One at the National Stadium and another with young people at the Cathedral of the Assumption.

"There we experienced that in the new family formed by Jesus Christ there also the faces and voices of the Thai people," he said.

In Japan, where the pope stopped Nov. 23-26, he encouraged the bishops and spoke with them about the challenges of leading a very small Church, but which bears "living water, the Gospel of Jesus."

One full day of the journey was devoted to visits to the ground zeroes of the 1945 atomic bombs in Nagasaki and Hiroshima.

Pope Francis recalled that "Protecting all life" was the motto of his visit to Japan, "a country which bears the scars of atomic bombing and is the spokesman of the fundamental right to life and peace for the whole world."

In both places the pope prayed and met survivors and family members of victims. "I reiterated the firm condemnation of nuclear weapons and the hypocrisy of talking about peace by building and selling war bombs," he said.

He also noted the resiliency of the Japanese people, who have also been rebuilding following the 2011 triple disaster of earthquake, tsunami, and nuclear power plant disaster.

God's love was what gave power, he said, to the testimony of the Christian martyrs of Nagasaki, including St. Paul Miki and his 25 companions.

Love also supported Blessed Justo Takayama Ukon "and many anonymous men and women who kept their faith in the long times of persecution," he said.

Pope Francis dedicated one meeting in Tokyo to young people, who, he said, are often victims of "meaningless emptiness." He listened to their questions and dreams and encouraged them to oppose bullying and to overcome fear "by opening themselves to the love of God, in prayer and in service to others."

He also met the country's prime minister, emperor, and authorities.

"Remaining faithful to its religious and moral values, and open to the Gospel message, Japan could be a leading country for a more just and peaceful world and for harmony between man and the environment," he stated.

Francis concluded by entrusting the people of Thailand and Japan to the "goodness and the providence of God."