Commentary on the Rosary by Fr. Frank Pavone

The Rosary is a beloved devotion to the Blessed Mother, and is very popular within the pro-life movement. 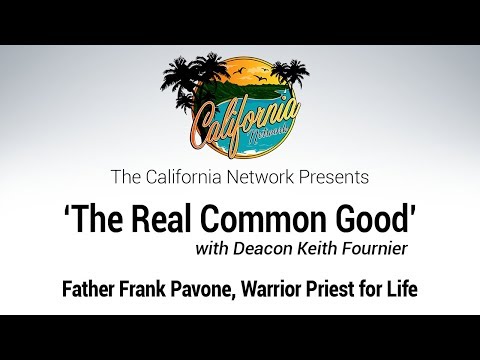 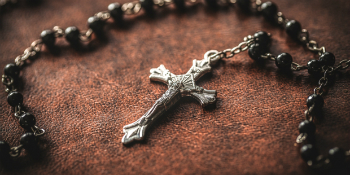 The Rosary is a beloved devotion to the Blessed Mother, and is very popular within the pro-life movement.

At the Franciscan Spirit, EWTN host Johnnette Benkovic offers these insights into this powerful prayer:

"It seems it was born out of the strife, sacrifice, and persecution of the early Church martyrs," she wrote. "The term Rosary comes from the Latin Rosarium, which means "crown of roses" or "garland of roses."

"As young virgins prepared to walk into the arena of the Coliseum to face the beasts that would tear them asunder, they made ready to meet Jesus Christ, King of Kings, for whom they were offering their lives. They fittingly adorned themselves in festive garments, with crowns of roses for their heads. Thus bedecked, they joined their Savior in His Passion.

"At night, the faithful would gather up the martyrs' crowns and say their prayers on them, one prayer for each rose. Their prayer was a journey, perhaps, into the mystery of what they had witnessed."

Faithful Catholics pray the rosary, alone or in groups, daily or for special intentions. At Priests for Life, we have just begun a daily broadcast of the Rosary at 3 p.m. ET on EndAbortion.TV and about twenty social media video platforms simultaneously.

Following the rosary each day, I will also pray the Divine Mercy Chaplet of St. Faustina.

The importance of a daily rosary was imparted to the world by Mary herself. In the first of her apparitions to three children in Fatima, Portugal, on May 13, 1917, Mary told the oldest, Lucia, "Pray the Rosary every day, in order to obtain peace for the world, and the end of the war." World War I had been raging for three years at that point.

Mary warned that "Russia would spread her errors throughout the world." In 1920, three years after Mary gave this message to the children, Russia became the first nation in the world to legalize abortion.

The rosary has proven itself a powerful weapon, as Catholics were reminded earlier this month on the Feast of Our Lady of the Rosary. This feast was instituted in 1571 by Pope Pius V. As a sea battled raged among a small Catholic fleet and a vastly superior armada from the Ottoman Empire, the pope called on Christians all over the European continent to pray the rosary. The resulting Christian victory stemmed the spread of Islam throughout the European continent.

The Rosary is a devotion that is strongly embraced by the pro-life movement. This is so for good reasons, because in the Hail Mary we praise a mother, and we worship the fruit of her womb. Our salvation began because a mother said yes to the life within her! In the rosary we also say, "Pray for us sinners." We don't point the finger at others, but rather at ourselves. We know that sin that is in the world, but we start by repenting of the sin within us. That is the best way to rebuild the Culture of Life.

The Divine Mercy Chaplet is also a powerful pro-life tool. As is well known, it grew out of a series of visions experienced by St. Faustina, who was a nun in Poland in 1935.

In the revelations of Divine Mercy to St. Faustina, abortion was the primary sin for which God asked us to cry out for his mercy, and today, the devotion to Divine Mercy deserves particular emphasis for those who have had abortions and for abortionists and clinic workers.

I hope you can join me at 3pm ET each day, at EndAbortion.TV or one of the social media links you'll find there, to pray these powerful prayers to help bring an end to abortion. And please spread the word!