A federal judicial nominee during his confirmation process was questioned by a U.S. senator over an op-ed on abortion that he wrote as a college undergraduate. 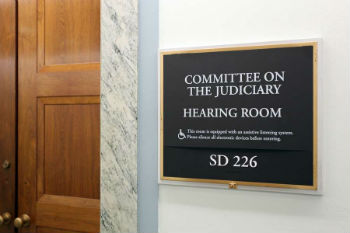 Washington D.C., (CNA) - A federal judicial nominee during his confirmation process was questioned by a U.S. senator over an op-ed on abortion that he wrote as a college undergraduate.

"In 2001, you wrote an article where you described Roe v. Wade as 'codifying' 'the radical abortion rights advocated by campus feminists'," Sen. Dianne Feinstein (D-Calif.) said in her written questions to Steven Menashi, who was nominated by President Trump in August to serve on the U.S. Court of Appeals for the Second Circuit.

"How does Roe v. Wade represent the codification of 'the radical abortion rights advocated by campus feminists?'" Feinstein asked.

"What are the 'undesired moral consequences' abortion has led to?" Feinstein also asked, quoting Menashi's 2001 op-ed.

Menashi wrote in response to those questions that his column on the subject "was written before I graduated from college or attended law school and it did not reflect a legal opinion about Roe v. Wade." The nominee affirmed that if were confirmed as a judge, he would "faithfully apply" the binding precedents of the Supreme Court.

Written questions from members of the Senate Judiciary Committee, along with Menashi's answers were submitted into the federal Congressional record on Sept. 18.

Menashi was nominated by President Trump to the Second Circuit Court in August, but the Senate has yet to confirm his nomination.

At his Sept. 11 hearing before the Senate Judiciary Committee, Menashi was reportedly admonished by senators of both parties for not fully answering questions on his role in crafting the administration's immigration and refugee policies.

At the time of his nomination, Menashi was a Special Assistant to President Trump and a Senior Associate Counsel. Prior to that, he served as Acting General Counsel at the Department of Education, and once clerked for Supreme Court Justice Samuel Alito. He graduated from Stanford Law School.

CNN reported on Wednesday that, while Menashi was an undergraduate student at Dartmouth University, he wrote op-eds and editorials for a student newspaper about late-term abortions, infanticide, and the distribution of the morning-after pill on campus.

In an editorial published in the Jan. 15, 2001 edition of The Dartmouth Review titled "The Yuck Factor," Menashi noted that public support for abortion restrictions was seemingly at odds with the views of some academic bioethicists, who argued that infanticide in certain cases might be permissible.

He cited poll numbers showing "a consensus that opposes the radical abortion rights advocated by campus feminists and codified in Roe v. Wade and subsequent decisions--abortion on demand, for any reason, at any stage of pregnancy."

In discussing the treatment of infanticide by some bioethicists, Menashi described the practice of "induced abortion" where "[t]he baby sometimes dies in birth, but is often delivered alive." He cited the reaction of horror by some to 1997 guidelines of South Africa's health department that instructed doctors not to attempt resuscitation of babies who survived abortion attempts.

"Most people, in fact, react this way," he wrote in 2001 of the reaction of horror to such instructions. He contrasted this horror of members of the public and the medical community with the "smug" dismissal by some bioethicists of that disgust as "the yuck factor."

He noted that "while abortion remains a vexing question for most Americans, the principle conceded with legal abortion has led to clearly undesired moral consequences."

In the same Jan. 15, 2001 edition of the Dartmouth Review, Menashi also wrote an editorial entitled "The College on the Pill," addressing attempts to provide the "morning-after pill" to undergraduates despite it being a prescription medication.

Sen. Feinstein asked Menashi "on what basis" he considered the morning-after pill to be an abortifacient. Menashi had quoted from sources in his editorial including a letter circulated by the American Life League and signed by 106 medical doctors which argued that it could function as an abortifacient.

Menashi answered that his editorial "did not reach that conclusion" that it was an abortifacient, but rather explained the "conflict over definition" of the pill.

The consideration of Menashi's confirmation comes after other judicial nominees of the Trump administration have faced questions from senators over abortion.

In July, the Senate voted to confirm William Shaw Stickman IV, nominated for the U.S. District Court of the Western District of Pennsylvania, and Jeffrey Brown, tapped to serve on the U.S. District Court for the Southern District of Texas, after both nominees were listed by Planned Parenthood as abortion opponents. Both nominees were also questioned by senators over their opinions on abortion and the Roe decision.

In 2018, nominee Brian Buescher was grilled by Sens. Kamala Harris (D-Calif.) and Mazie Hirono (D-Hawaii) over his membership in the Knights of Columbus.

In late July, Buescher was confirmed by the Senate as a U.S. District Court judge for Nebraska.