Because of sinfulness, human projects will always fail, but the Church remains steadfast, even in times of scandal, because she is sustained by the Holy Spirit, Pope Francis said Wednesday. 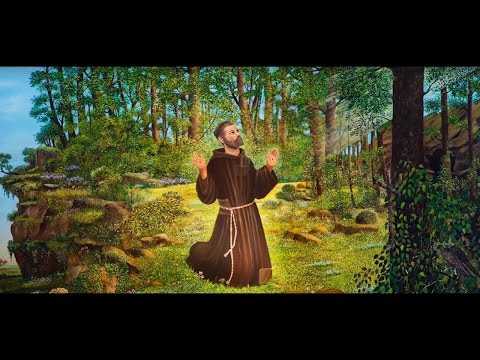 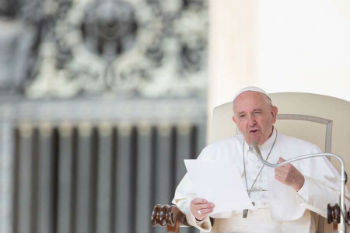 Vatican City, (CNA) - Because of sinfulness, human projects will always fail, but the Church remains steadfast, even in times of scandal, because she is sustained by the Holy Spirit, Pope Francis said Wednesday.

"We are sinners, and so often we even give scandal. But God is with us," he added. "But the Lord always saves. Strength is 'God with us.'"

In contrast, human projects always fail, Pope Francis noted, pointing to the many political projects of history, including the empires and dictatorships of the last century.

"They felt very powerful, they thought they dominated the world. And then they all collapsed," he stated. "Even today, think of today's empires: they will collapse, if God is not with them, because the strength that men have in themselves is not lasting. Only the strength of God endures."

During his weekly general audience in St. Peter's Square, Pope Francis continued his catechesis on the Acts of the Apostles with a reflection on the importance of the Holy Spirit.

In the fifth chapter of Acts, the Apostles are facing opposition from Jews, but they "respond with courage," showing they possess the "obedience of faith," Francis said.

They have this courage, he said, because from Pentecost they are no longer alone, but the Holy Spirit is working through them.

"They feel they cannot say, 'I' alone," he added. "Strengthened by this covenant, the Apostles do not let themselves be intimidated by anyone. They had an impressive courage!"

Pope Francis noted that at Jesus' arrest, the disciples ran away like cowards. "But, from cowards they have become so brave. Why? Because the Holy Spirit was with them."

"The same happens to us: if we have the Holy Spirit inside, we will have the courage to move forward, the courage to win many struggles, not for ourselves but for the Spirit that is with us," he said, pointing to the martyrs, who gave their lives and never hid their Christian identity.

The pope recalled, in particular, the Coptic Orthodox Christians who were killed in Libya in 2015. "But the last word they said was, 'Jesus, Jesus.' They were filled with the Holy Spirit," he said.

In Acts, the Apostles are living like "megaphones" of the Holy Spirit, and this "makes the Jewish 'religious system' tremble," feel threatened and respond with violence and death threats, Francis explained.

However, the pope said, one Pharisee in the Sanhedrin, Gamaliel, tries to stem this reaction, showing how to practice discernment. He shows that what is of God will last while human projects may first succeed but then become "shipwrecked."

"Gamaliel concludes that, if the disciples of Jesus of Nazareth believed an impostor, they are destined to disappear into thin air; if instead they follow one who comes from God, it is better to give up fighting them; and warns: 'Do not happen to find yourself even fighting against God' (Acts 5:39). He teaches us to make this discernment," he stated.

Gamaliel's reasoned words teach people to "recognize the tree by its fruits."

"We ask the Holy Spirit to act in us so that, both personally and as a community, we can acquire the habitus of discernment," Francis concluded.