Pro-life leaders have denounced Sen. Bernie Sanders (I-VT) statement that he would repeal the Mexico City policy and promote abortion in "poorer countries" in response to a question on population growth. 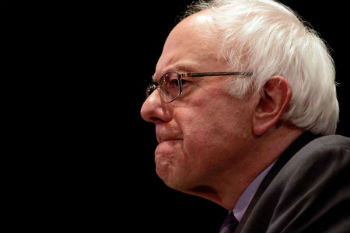 Washington D.C., (CNA) - Pro-life leaders have denounced Sen. Bernie Sanders (I-VT) statement that he would repeal the Mexico City policy and promote abortion in "poorer countries" in response to a question on population growth.

Sanders made the comments during his appearance on CNN's "climate town hall," a seven-hour broadcast during which 10 Democratic candidates for president were each given 40 minutes to present their plan for addressing environmental concerns.

Sanders was asked by a member of the audience to discuss his thoughts about population control and overpopulation.

"I realize this is a poisonous topic for politicians, but it's crucial to face," said the audience member, who was identified as a "teacher."

"Empowering women and educating everyone on the need to curb population growth seems a reasonable campaign to enact. Would you be courageous enough to discuss this issue and make it a key factor of a plan to address climate catastrophe? "

Sanders replied by stating that it is a "fact" that women "have a right to control their own bodies and make reproductive decisions," in reference to abortion.

He then took aim at the Mexico City policy, a decades old provision that forbids U.S. foreign aid from going to programs that promote or perform abortions.

Sanders erroneously told the audience that the Mexico City policy "denies American aid to those organizations around the world that allow women to have abortions or even get involved in birth control, to me is totally absurd."

"So I think especially in poor countries around the world, where women do not necessarily want to have large numbers of babies and where they can have the opportunity through birth control to limit the number of kids they have--something I very, very strongly support," said the Vermont senator.

Jeanne Mancini, president of the March for Life, said in a statement provided to CNA that Sanders rhetoric was promoting the use of taxpayer dollars to go to abortion providers was "despicable" and "wildly out of touch with mainstream America.

"Taking the lives of unborn children is never a solution."

A January Marist/Knights of Columbus poll found that three out of four Americans are opposed to taxpayer funds being spent to promote abortion abroad. This figure includes 94 percent of Republicans, 80 percent of independents, and 56 percent of Democrats.

"Bernie Sanders' repugnant 'solution' to climate change - eliminating the children of poorer nations through abortion, paid for by American tax dollars - should be condemned across the political spectrum, " said Susan B. Anthony's List President Marjorie Dannenfelser in a statement provided to CNA.

She referred to Sanders as an "extremist," and said he has "no business being president of the United States."

Dannenfelser said that Sanders took "Democratic abortion extremism to a new low," and called for every Democratic candidate to be questioned on "where they stand on eugenic population control."

"Such paternalistic attitudes are behind coercive regimes like China's, where child-limitation policies are ruthlessly backed by forced abortions," she said.

CNN television host S.E. Cupp condemned Sanders remarks as a "vile idea" and said that he was promoting eugenics. The top 20 countries with the highest fertility rates are all located in Africa.

"Let's just state for the record: talking about needing 'population control' through ABORTION for the sake of CLIMATE is talking about EUGENICS," said Cupp on Twitter. "The fact that [Sanders] is willing to entertain this vile idea is not only disgusting, but should be disqualifying."

The Sanders campaign did not respond to multiple requests for comment or clarification.