Seismologists may be watching an epic disaster unfold in California, and there is nothing they can do. But there is something Catholics can, and must do. 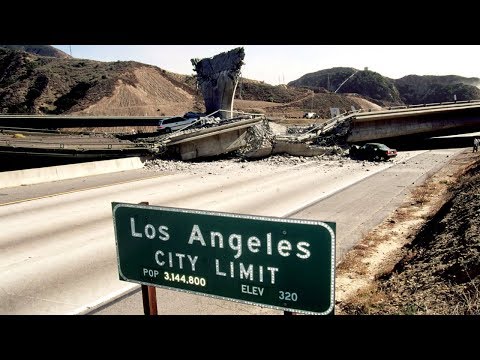 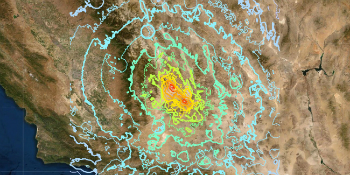 A map showing the severity of the shaking following the July 5 quake. Source: USGS.

LOS ANGELES, CA (California Network) - Seismologists are watching an ominous pattern of aftershocks unfold following the massive 7.1, July 5 earthquake in Ridgecrest, California. The aftershocks, when plotted on a map, reveal they are moving in the direction of two major faults, north and south of the July 5 epicenter. The faults, the Owens Valley fault and the Garlock fault, are capable of producing quakes with magnitudes of 7.9 to 8 or more, respectively. On the moment magnitude scale, a 7.9 quake would be more than six times more powerful than the 7.1 July 5 quake. 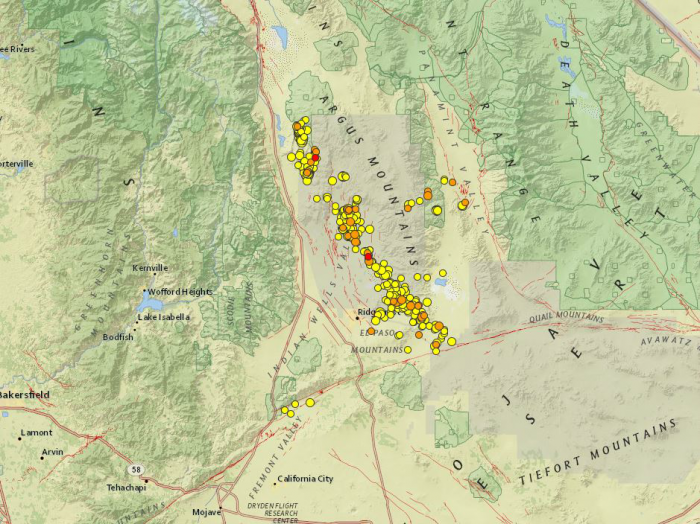 The aftershock pattern is troubling scientists as the quakes migrate towards two major faults.

The Los Angeles Times is reporting the concern from the U.S. Geological Survey that the pattern of aftershocks is moving towards these dangerous faults, and could potentially trigger larger quakes. The USGS says the odds are about 1 in 300, which are small, but not zero. They also explained to the Times that foreshocks usually precede much larger quakes.

The problem with earthquake prediction is that it is impossible. Scientists have neither the data, nor the formula to predict when, or where, or how powerful of, an earthquake will happen. But they can predict how powerful they can be, and what the general odds are over long periods of time. Unfortunately, these calculations have wide margins, so they aren't useful when it comes to imminent warnings.

Nonetheless, we know this much: at least one major quake of magnitude 7.9 or greater is likely in California's near future. We know that smaller quakes can trigger larger ones, contrary to popular belief. We know there are some patterns by which major quakes can be triggered by aftershocks along another fault, a pattern which scientists are now observing near Ridgecrest. We know the San Andreas is primed for another major quake, and is now overdue based on historic averages. And we know when the big one hits California, the region it strikes will be devastated.

We should note that while the pattern of aftershocks outside Ridgecrest is concerning, scientists cannot be sure whether or not they will simply abate or trigger something else. The odds favor abatement.

For now, scientists can do little, except warn us. All their predictions come with the caveat that nothing may happen for a long time, even though such events are inevitable. The state's early warning system is still in development, and will not be fully functioning for several more years. That system only works once a quake has started, and provides mere seconds of warning for people who live some distance from the epicenter.

Ultimately, we can only prepare, and this is where we as Catholics can make a difference.

About a third of California's residents are Catholic. That's about ten million souls who can make a difference in a disaster. As Catholics, we are called to charity and Catholics are among the greatest givers in the world. And with Catholic churches and schools in every community across the state, Catholics have access to a vast distribution network.

We can turn disaster into hope by doing one thing: prepare for ourselves and our neighbors.

Experts advise Californians to prepare "earthquake kits," usually large plastic trash cans which can store a supply of canned food, water, blankets, a radio, and first aid kit. The idea is, should the worst happen, residents will be able to sustain themselves for up to a few days without assistance.

As Catholics, we should go a step further, and prepare such kits to include our neighbors. Additionally, our parish communities should also prepare a stockpile of supplies, which can be kept in a secure, but accessible location, for distribution to the community when disaster strikes.

In the wake of a disaster, churches are natural places for people to gather. As Catholics, we can promote our faith by showing it in action. The purpose is not to proselytize or preach, but to provide care to everyone in our community. By doing this, we communicate a powerful message without speaking a single word.

This suggestion is targeted towards Californians, who are likely to suffer a major catastrophe sooner than later, but it is just as valid for people around the world. In every community, a quake, a hurricane or tornado, or a flood or drought, will strike sooner or later.

In all cases, Catholic churches, schools, and homes should be places of sanctuary for those in need. It is at these moments we can serve one another and fulfill our Christian duty to God and neighbor.