The Archdiocese of Baltimore offered their prayers for the victims and first responders of a shooting at an Annapolis newspaper on Thursday afternoon. 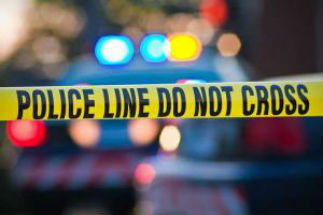 Baltimore, Md.,  (CNA/EWTN News) - A suspect is in custody after an active shooter was reported at the Capital Gazette newspaper in Annapolis, Maryland around 2:30 p.m. Eastern time. At least five people are dead and multiple others have serious injuries, according to police reports.
"We offer our prayers for the victims of today's shooting at the offices of the Capital Gazette newspaper in Annapolis and for the first responders on the scene," the Archdiocese of Baltimore said on Twitter.

Bishops from nearby dioceses also offered their prayers.

"May we be united in our prayers for those killed and injured in today's shooting in Annapolis," said Bishop Michael Burbidge of Arlington, Va. "We also pray for their families, the entire community and the end of all violence in our world."

"I join people of all faiths across our community in praying for the people wounded in the attack at the @capitalgazette in Annapolis," said Cardinal Donald Wuerl of Washington, D.C.

"The Church calls us to prayer, particularly in moments of crisis. It is what we do best because it is what the Lord asks us to do."

Maryland Governor Larry Hogan said he was praying for the community and urged people to stay away from the area.

"Absolutely devastated to learn of this tragedy in Annapolis. I am in contact with County Executive Steve Schuh, and @MDSP [Maryland State Police] is on the scene assisting @AACOPD [Anne Arundel County Police Department]. Please, heed all warnings and stay away from the area. Praying for those at the scene and for our community," Hogan said in a tweet.

"There is nothing more terrifying than hearing multiple people get shot while you're under your desk and then hear the gunman reload," Phil Davis, a reporter at the newspaper, said on Twitter.

The Capital Gazette is a local, daily newspaper and website owned by the Baltimore Sun Media Group.