What did Jesus wear? New research offers some answers

Free World Class Education
FREE Catholic Classes
Scholars are probing the questions everyone has, but nobody has answered.

Jesus may be the most influential person in world history, yet He is also one of the most enigmatic and misrepresented figures. This is because He is often filtered through cultural and political lenses, and His words are hijacked to support various agendas. But somewhere out there is the truth. What did He mean by His words? What was His world really like? What was life like for Jesus Christ? A new series is coming soon that will attempt to answer some of these questions. 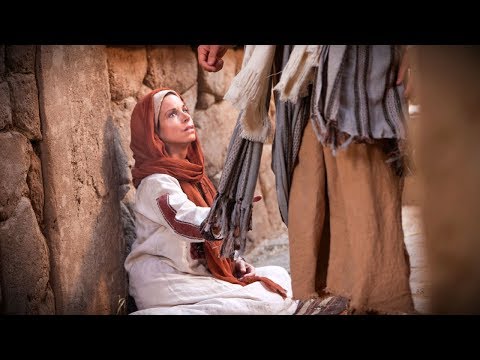 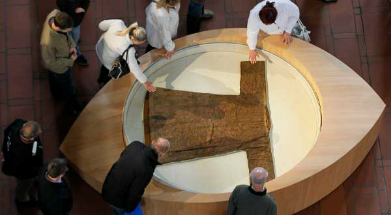 The Holy Robe of Jesus Christ, a relic that dates back at least 500 years is said by some to be the tunic worn by Christ.

LOS ANGELES, CA (California Network) - Everyone knows the most important things about Jesus. That Jesus is the Son of God, the promised savior and so on is beyond question for Christians. Yet, the Bible is remarkably silent on a number of other questions that many people have. For example, what did Jesus look like? What did He wear? What was His daily routine? What was His childhood like? What would it feel like to live during His times?

Through the Gospels, every Christian has put themselves into Christ's world. We have imagined ourselves as witnesses to the Annunciation. We have trailed behind Joseph and Mary on the night of the Nativity. We have stood in the Temple when Jesus taught as a child, and we traveled with Him during His ministry. And we have all imagined ourselves there when He was crucified, then rose from the dead.

This is plenty for a lifetime of imagining, but many of us still have questions. Fortunately, there is a small army of scholars with the same questions, working to answer them.

New scholarship, archaeological evidence, and the continued discovery, translation, and improved understanding of ancient works are providing new answers, including some surprises.

Catholic Online is exploring these questions in the series, "Jesus Is" which is in production right now at the California Studios. While there is no date yet for the premiere, work is progressing on the project.

While the Jesus Is team does their work, we have done some research of our own, asking the question, "what would Jesus wear?"

The scholars have answered this question, explaining that he would have probably worn "rough" clothes, meaning fabric of plain or common weave. Since Jesus did not have much in the way of money or possessions, He likely wore the lest expensive fabrics.

His primary garment would have been a short tunic, which was the typical dress for the poor people of the period. We can imagine it as a long tee-shirt that would have gone as far down as His knees. Wealthy people wore tunics that extended to their ankles. The fabric of Jesus' tunic would have been plain, possibly undyed.

Jesus' legs and ankles would be bare. On his feet would be a simple pair of sandals, probably a pair of soles made of leather, held in place with leather thongs. These would not have kept His feet clean but would have protected the soles of His feet as he walked, no different from sandals today.

Jesus would have carried a shawl, or a mantle, known as a "Tallit." This was a fringed, woolen shawl with "rough edges" or corners. It was customary for men of the period and was used to cover the head during prayers. This could be dyed or stylized, but for the poor is was usually undyed.

This was probably all Jesus wore on a typical basis. Blankets were available at the time and may have been used when it was especially cold.

The appearance of Jesus in modern art as a well-dressed, well-to-do man among the people is far from accurate. Scholarship, including the translation of ancient Roman writings which describe Jesus, refer to His appearance as "disgraceful," have revealed this knowledge to us. The Roman critic of Christianity, Celsus, writing in the second century, suggests Christ dressed "most shamefully in the sight of all."

Why does this matter?

Jesus was certainly a minimalist when it came to material possessions. His focus was on God, and the Kingdom, as ours should be. He did not need elaborate dress to impress people, for the way He behaved and treated others was sufficient to do that. He was free from vanity.

Nor was Jesus a cult leader, or a false prophet, which were as common then as today. He did not enrich Himself as such people do (by their fruits!). He lived as a beggar, ultimately dependent on charity for survival, the same as our clergy today.

These revelations may not surprise people who have studied Jesus, but for those who have only seen Jesus as depicted in Renaissance paintings, the scholarship to date paints a new picture, perhaps too humble for the artist's brush, but quite worthy of our notice in daily life.

Have a look at Jesus Is.