Preparing for a Pro-Life Lent

The influence of the true Church on the world is the influence of a community which already participates in victory over death. That influence moves the structures and choices of society away from death and destruction, and toward the affirmation, in word and deed, of the precious gift of life. 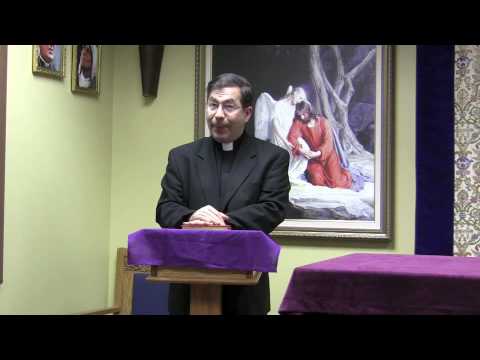 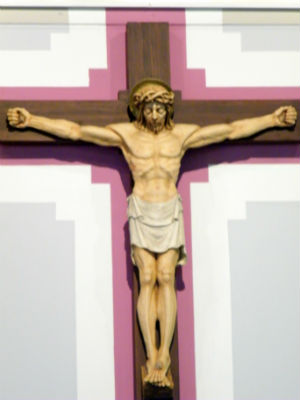 span style="font-size: 16px;">Lent provides the perfect framework for preaching and teaching the pro-life message in the context of repentance and of the victory of life.

Repentance is a changing of the mind and with it one's life, away from the path of sin and toward a life of holiness. However, it is not possible to repent of a sin which one does not recognize or admit is a sin. During Lent, we ask to be delivered from such blindness and to be forgiven even our hidden sins.

The application to the abortion problem is clear when we consider that the injustice of this act has been proclaimed as a "right" and a legitimate "choice." I have heard numerous people declare that while they know abortion kills a child, they have no problem supporting it. The problem is that â€˝respectable" elements of society such as the Supreme Court, medical associations, and even some Christian denominations, continue to call abortion a "right." For that reason, many find it hard to recognize it as a wrong. Part of the purification of Lent involves the metanoia, the "change of mind," so necessary in this area. Those churches in particular, who have sold out to the culture need to be healed of this blindness first.
Christian denominations that hold abortion as a "right," besides contradicting the Gospel of Christ and the unbroken witness of the Christian community against abortion through the centuries, render themselves particularly incapable of bringing healing and forgiveness to those who have had abortions. And what good is a church who cannot offer healing? Aside from reaping confusion in the hearts of its people, when a church has called something a "right," how can they make an offer of forgiveness for exercising that right?
Lent is about forgiveness and preparation for Easter. Easter celebrates the victory of life. Christians do not come to Church on Easter simply to congratulate Jesus for rising from the dead. They come in order to possess their own victory over death. In Easter, Christ destroyed not only His own death, but ours! He overturned the entire kingdom of death. Death has no more power over Him; nor does it have ultimate power over those who live in Him. Abortion, therefore, is a contradiction of Easter and there is no place for it in the church.


But there are churches who keep people in darkness or in the tomb, by not offering the light of God's truth. The influence of the true Church on the world, instead, is the influence of a community which already participates in victory over death. That influence moves the structures and choices of society away from death and destruction, and toward the affirmation, in word and deed, of the precious gift of life. It would be a profound distortion of the meaning of Easter if we separate, in thought or deed, our faith in the Resurrection from our efforts to secure justice and respect for every life.
The Church that celebrates Easter also lives Easter. The victory has already been won but has not yet fully unfolded. We therefore rejoice and struggle at the same time. We have an unshakeable confidence that the power of life is greater than the forces of death. Yet we must not relax our efforts to protect God's gift of life from the destructive forces all around it. As St. Augustine once said, we sing "Alleluia," but as we sing we must "keep going" on the arduous journey that is ours.
***
Priests for Life is the world's largest Catholic organization focused exclusively on ending abortion.