How do men feel about ABORTION?

A man who lost his own child to abortion believes men have important things to say on the issue, and their voices need to be heard. 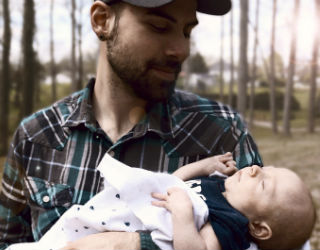 Can men speak out about abortion?

Denver, Colo. (CNA/EWTN News) - "We are told that men shouldn't talk about abortion," but it's an issue that affects them too, Jason Jones told CNA in a recent interview. "It's a man's issue and it's a woman's issue."

"As a man, I have something in me that wants to protect the vulnerable from violence. That is what men do," he said.

Jones, a national pro-life advocate, said when he speaks frankly in those terms, men respond to him, because "we need to say the truth."

"When men speak about abortion, it is very effective," he added.

It might seem natural to think that women are better pro-life "spokespersons," or that men should have a diminished role, Jones said. But "men have their place" in the discussion.

"Men share their stories, and their stories are sorrowful. Men who are scared, and manipulated or coerced someone into having an abortion. Men who can be humble and say 'I coerced my daughter or my girlfriend or my wife into getting an abortion.' We need to hear those stories."

When men tell the truth about their own experience with abortion, "it changes people," he said. "No one has a happy abortion story. When people tell the truth, it influences people."

Jones, who often shares the story of his own child's abortion, told CNA he was 17 when he and his girlfriend Katie found out they were pregnant. Still in high school, they planned to hide the pregnancy while he dropped out and joined the army so he could take care of the baby. He was excited to be a father, he said.

However, while still in basic training and during their third trimester, Jones got a call from his girlfriend's father saying their "secret" had been discovered and "taken care of." He was devastated.

An atheist who didn't fully understand what abortion was, Jones said he realized his daughter, whom they had already named Jessica, had been murdered.

"That was it for me. It horrified me. It was unbelievable," he said. "I had never been to church a day in my life, I knew nothing about politics. I was just a kid who was last in his class in high school, who to me, school was just something I had to do to play football."

However, since the moment he found out that his daughter had been aborted, he says he has committed his life "to protecting women and children from the violence of abortion."

Jones, 46, is now a film producer, author, and human rights worker known for his pro-life activism. He remained an atheist for years, though his contact with Christian organizations and study of political philosophy eventually led him, in 2003, to the Catholic Church.

In his comments to CNA, Jones, who is now married with seven children, said that it can be hard to discuss abortion because the friends and loved ones of someone who has had an abortion often become defensive, saying that to condemn abortion is to condemn a person they care about.

"The irony is that you know your sister had an abortion because she called you crying about it, with a broken heart. And then when that person stumbles upon a pro-life activist, they get angry because they think you are calling their sister a bad person."

"We need to help people understand that when a woman gets an abortion it's...an act of desperation," he said. "She's a victim just like the child."

Jones said the pro-life movement needs an "apologetic" that is able to get the truth about abortion across in a simple way, and which teaches men to defend women and children.

He said that much of the language used in the pro-life movement is designed for women and to talk to women who are in a crisis situation, but men interact differently and need to be approached in a different way.

Many people can be cavalier and insensitive about abortion, he said, explaining that he can become passionate and wants to remind people that "we are victims in this too."

"I had that experience, I became a teen parent," but looking back, "what was I afraid of? ... Being a father is such a beautiful gift ... there is no more beautiful thing in the world than being a father."