Both Hindu and Catholic schoolchildren in India claim to have witnessed an apparition of Christ and several appearances of the Virgin Mary accompanied by the scent of jasmine, the gift of contrition, and the healing of a girl's ear problem. 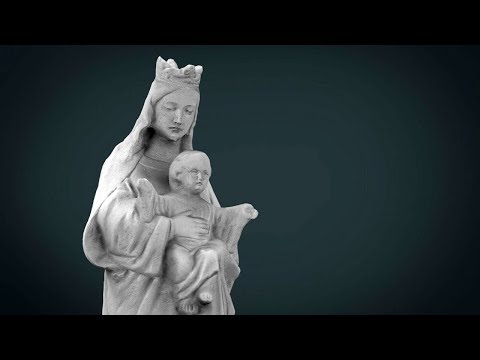 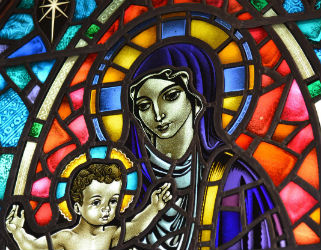 Schoolgirls claim to have had visions of the Virgin Mary and Jesus.

Kochi, India (CNA/EWTN News) - The site of the alleged apparitions is St. Ambrose Church and Lower Primary School in Edavanakkad, in the far southwestern state of Kerala, 16 miles northwest of Kochi. The parish and adjacent school are under the Archdiocese of Verapoly. The Marian apparitions are said to have happened on at least two separate dates.

The church's assistant pastor Father Merton D'Silva said archdiocesan authorities have taken a "wait-and-see" approach before intervening, the news site Matters India reports. Matters India has recounted the apparitions based on a note on the parish billboard by parish priest Father Mathew D'Cunha.

The apparition reportedly began Sept. 28 when a student at the school, a Hindu girl named Krishnaveda, went to the church to pray for her ear problem. She put some holy water on her ear. She later told her fellow students that the holy water immediately helped her ear.

When the children left the school to pray in the church, they looked up and saw in the sky a vision of Christ being scourged. They recited the name of Jesus and went into the church to thank God for healing the girl's ear.

The only Catholic girl among them, Ambrosiya, volunteered to lead the students in praying the rosary. However she did not know the Luminous Mysteries recited on Thursday and sought a teacher's help. The children were in prayer when the teacher reached them at about 1:45 in the afternoon.

One of the girls, named Anusree, told the teacher that the Blessed Virgin was standing under the altar. They reported the smell of jasmine flower. The alleged apparition told the children to come closer, which frightened a girl named Sivanya, who said she wanted to leave.

While the teacher was leading the children out of the church, the girls said the apparition followed them and pleaded with them not to leave. The teacher went to tell the other teachers, while some children went to the assistant pastor, Father D'Silva.

When D'Silva took the children back to the church so they could pray, the children claimed to see the Virgin Mary standing under the altar. The adults could not see anything.

When the news of the apparition spread, people began to gather at the church. Parents of the children took them home.

On Oct. 3 a large crowd prayed the rosary in the church with the reputed visionaries. After a time, everyone perceived the scent of jasmine flowers. The children said they saw the Virgin Mary again.

A priest asked the children to point out the exact spot. The congregation saw a bright light and the priest said he felt someone patting his head.

Many in the congregation said they received the gift of contrition as they prayed.

The church had planned a night vigil on Oct. 12.