Is Pope Francis a heretic? Formal letter of correction made public

Free World Class Education
FREE Catholic Classes
It is hoped the Pope will answer the dubya.

It has been made public that 62 members of the Catholic clergy and laity issued a correction to Pope Francis for what they say are seven heresies in the Pope's encyclical, Amois Laetitia. Such a correction has not happened since the rule of Pope John XXII (1316-1334), in the late medieval period. Here's why, what it means, and what you should do. 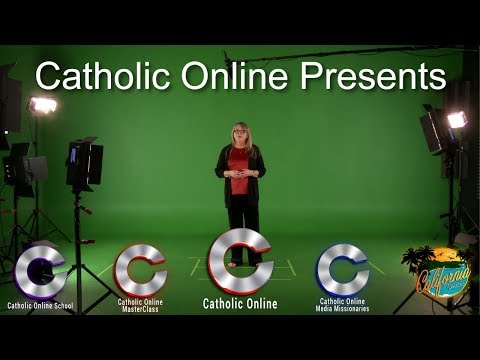 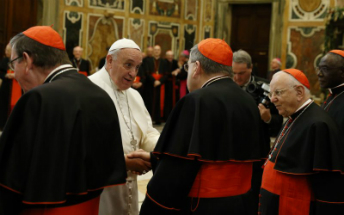 Pope Francis speaks to Cardinal Burke at the Vatican.

LOS ANGELES, CA (California Network) -- Having received no response from Pope Francis, some 62 clergy and scholars of the Church have made public their correction of Pope Francis, which was originally sent to him on August 11, 2017. The letter of correction has been made public as of September 24, 2017.

The letter is entitled, Correctio filialis de haeresibus porpagatis, which means, "A filial correction concerning the propagation of heresies."

The letter states that Pope Francis' Apostolic Exhortation, Amoris Laetitia, as well as his other words, deeds, and omissions, has propagated seven distinct heresies.

Pope Francis has remained silent on the matter since it was first raised by Cardinal Raymond Burke, and others in the form of a "dubia," which is a list of formal questions presented to the pope for clarification. That list had five questions. In response to the dubia, Pope Francis only responded that his exhortation was clear and did not need clarification.

The letter of correction and its public announcement is virtually unprecedented in the modern Church and may shock some Catholics. However, there is a cause for it under certain circumstances.

The Pope is widely regarded as infallible, meaning his words are law and beyond question. The pope is also the absolute monarch of Vatican City and the Church. These widespread beliefs are not entirely accurate.

Popes are indeed quite fallible, after all they are men, and men make mistakes. This is why the pope has advisors, why the Church has bishops, councils, academies, scholars, universities, and more. The Church has tradition and doctrine, and it also has the promise of Christ, that â€˝the gates of hell will not prevail against it."

Under rare and special circumstances, when these many variables align, can the pope issue an infallible teaching. In those cases, the pope's word becomes the doctrine and law of the Church, and all faithful Catholics are obligated to abide it.

Outside of these rare conditions, the pope is as fallible as any other expert, and yes, experts make mistakes. To protect the faithful from jeopardizing their souls based on a papal error, the Church has a process whereby the pope can be corrected. This is what has happened.

The 62 signatories, which include cardinals, bishops, and other church scholars, including lay experts, express "grief" and "devotion" at having to correct Pope Francis' alleged heresy.

You can get a free download of Amoris Laetitia here.

The full correction letter can be read here.

First, it should be recognized that just because a correction has been issued, it does not mean that the pope has committed heresy. Certainly, there has been no formal investigation into the matter. It is possible that Pope Francis, being a holy man, has not committed heresy, but rather expressed a mystery of the faith, or taught something that is difficult for most people to understand. The fact it may make sense to him could have made him see the dubia as an absurdity.

The mysteries of our faith provide an example of this. For example, how can God, Jesus and the Holy Spirit be three separate and distinct persons, but also one? Uninitiated common sense makes this seem absurd, but to people of faith, it makes perfect sense; so much sense, that it cannot be any other way!

One such matter could relate to the offering of communion to people who have divorced and remarried without the sanction of the Church. Such an act is adultery. Pope Francis has suggested these people may be eligible for Communion and that pastors must handle each case individually and with love.

Surely, the Pope understands that adultery is a mortal sin! So how can he also suggest these people may be eligible for communion? If he had answered the dubia, we might better understand his thinking.

Unfortunately, it is also possible that Pope Francis was simply wrong. We are tempted to think the best of him, and we may want to believe that he has a rare insight, but the mundane is possible too. He may have developed an inaccurate personal opinion, based on many untold experiences, and the opinion showed itself in Amoris Latetia.

Cardinal Burke and others hope the letter of correction will inspire Pope Francis to finally answer the dubia. In his answer, he can either clarify what he meant to say, or he can retract his statements. Alternatively, Pope Francis could ignore the correction too.

There is a risk for people who follow false teachings, and because of this it is hoped he will address the concerns. In the meantime, all Catholics with serious questions are recommended to look to the Catechism of the church and the social teaching of the church on all issues. Questions and concerns should be brought to the attention of your parish priest, and to your bishops. Prayer and confession are also healthy components of a spiritual life and are always recommended to aid in avoiding confusion.

God knows what is in the hearts of his children. He sees the heart of Pope Francis and yours alike. God understands when we seek to be faithful. He has given us the gift of the Church so that we will not be led astray. We must use that gift and the teachings of the Church to guide our decisions. Anyone with questions is strongly advised to seek the counsel of their priest and bishop.