Are angels real? Woman snaps remarkable photo she says in an angel in flight

Free World Class Education
FREE Catholic Classes
Is it real, or something else? You decide!

Are angels real? One woman says yes, and now she has a photo to suggest she's right. 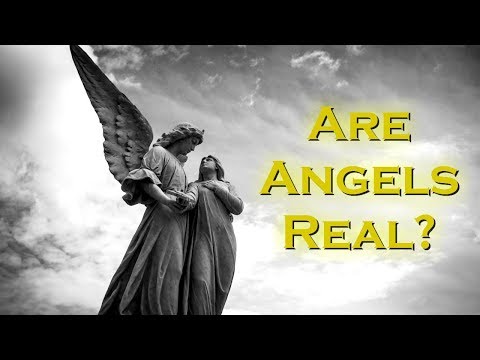 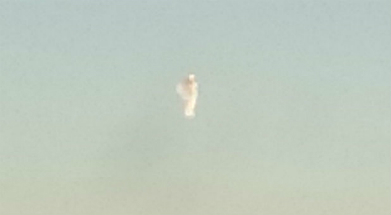 Youlanda Pope Britten captured this photo of an angel ascending into heaven.

LOS ANGELES, CA (California Network) - Youlanda Pope Britten snapped a photo of what she says is an angel in flight. She sent the photo to Charisma News, which has since gone viral.

According to her story in Charisma News, she was riding in a truck with her husband, Jeffery, who was driving when she snapped the image.

She told Charisma News: "While riding in our truck with my husband Jeffery, who was driving, I noticed a very bright flash of light, I originally dismissed it as lighting because it was lightly raining at the time, but the flashing continued even after the rain stopped. I say a flash, but it was more like a light with an echo effect that caught my attention. It seemed to be a beckoning light. I asked my husband did he see it. It took him a few looks before he actually saw it flicker. Then he said, 'Yeah, I see it, but what is it?' I told him I did not know, but that it keeps flashing at me. He said, 'Take a picture on your phone, so I did. 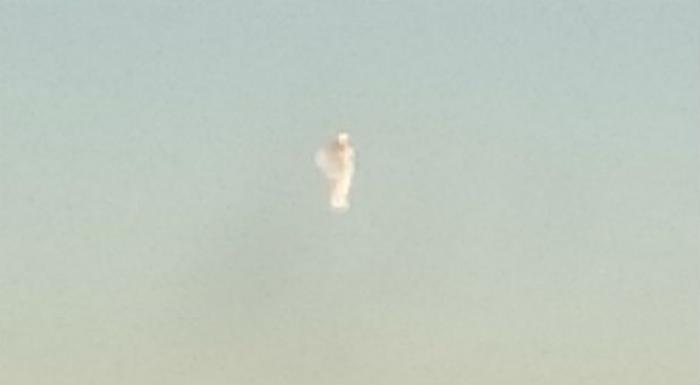 Is this a photo of an angel, or a cloud? Or something else?

"For me it was confirmation that everything was going to be all right. I had been praying and asking God for his help with our everyday issues in life. My thoughts at the time were: 'Why is it that we are always there for everyone else, but when we need something, there is no one there for us to depend on?'"

Is this a genuine sighting? As with most such sightings, it is impossible to say. There simply isn't enough evidence to verify the claim from a scientific perspective, but science does not deal with the supernatural anyway. However, we can rest assured that Youlanda and her husband have sent their photo and story to Charisma News in good faith, who has likewise shared it as we do in turn. 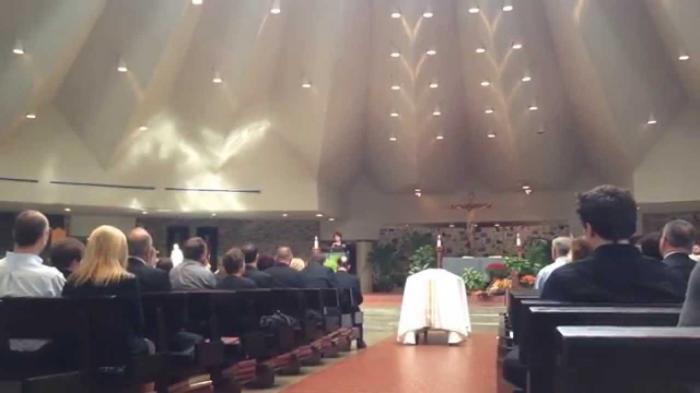 Angel photos are often ethereal, spectral. In most photos, it is difficult to tell if one is looking at a genuine object, or merely a trick of light.

Throughout history, there have been thousands of angel sightings. Even today, such sightings are regularly reported. However, they are rarely captured on film.

The word angel means messenger, and the ancient Hebrews wrote about angels in the Bible. Angels play a prominent role in Judaism, Christianity and Islam alike. They are even mentioned in several other religious traditions. 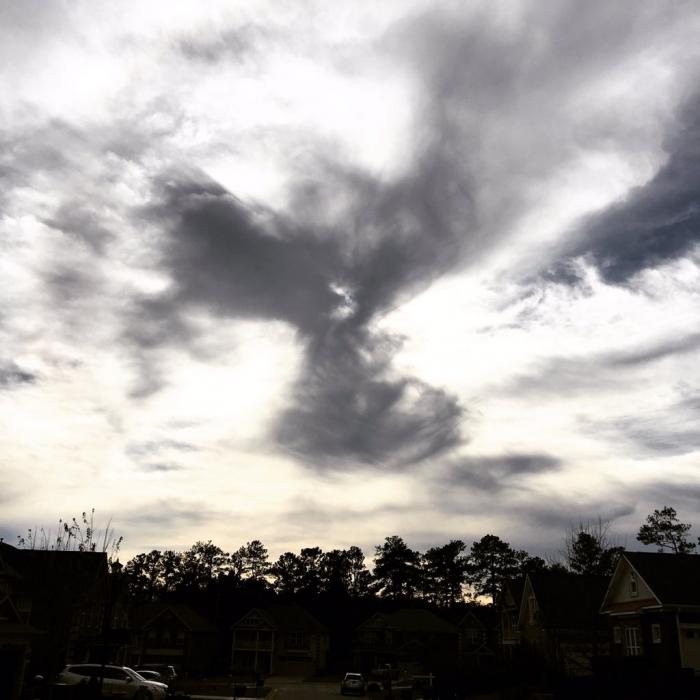 We believe angels are real, but sometimes the sightings are obviously natural phenomena. Still, they are impressive, and serve as a reminder of the faith we have.

Angels are closely related to spiritual warfare, and are often reported around people who are engaged in religious struggle or who face tremendous difficulty. We live in a world, and in a time, when many suspect the forces of evil are acting out of desperation. The forces of evil are working hard to undermine the family, the Church, and our nations. Atheism, sin, and other vices are on the rise. Children in the womb are in greater danger than ever. We are polluting the planet, as well as our hearts and minds.

There is little doubt that the angels are here to help us in our hour of spiritual need.

Let us give thanks and pray!