As eclipse looms, Pope Francis warns against turning to astrologers and fortune tellers

Free World Class Education
FREE Catholic Classes
People are looking to the occult to find meaning in the eclipse.

The August 21 solar eclipse will be visible mostly in the United States, but it's impact is already being noticed around the world. It's fueling an interest in astrology and fortune telling, as such events often do. Now, Pope Francis has issued a warning against "false securities," reminding us to trust in Christ. 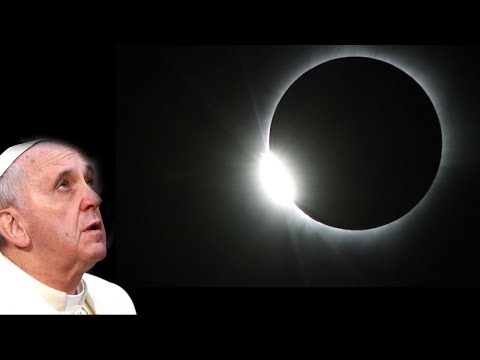 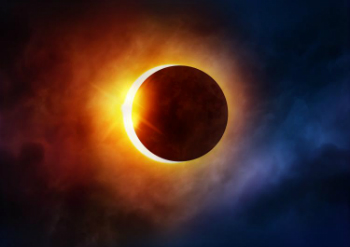 The eclipse has no meaning, other than the Moon passing in front of the Sun from the perspective of a person on Earth.

LOS ANGELES, CA (California Network) -- The August 21 total solar eclipse that will sweep across the United States has already made an impact. People are flocking to astrologers and fortune tellers to find meaning in the event.

It's natural for people to seek meaning in things they don't understand. This is especially common when the event in question is rare or poorly understood.

A solar eclipse is the product of the Moon passing in front of the Sun from the perspective of a person on the surface of the Earth. There is no meaning beyond this.

Yet, astrologers are enjoying renewed interest in their trade.

Scientific experiments have proved that there is no connection between what happens in the heavens to what happens in our daily lives. And fortune tellers have repeatedly been exposed as hoaxes, performing cold readings and other tricks to convince customers they are real.

The Bible provides a warning against entertaining these deceptive practices. In fact, the Old Testament suggests harsh penalties for people who engage fortune telling. Today, there are no such earthly penalties, which is a welcome change. However, Christians should still shy away from astrology and fortune telling. Not only are these hoaxes, they are also distractions from what Christians ought to trust, which is Jesus Christ.

Pope Francis reminded audiences on Sunday when he said, "When we do not cling to the Word of the Lord, but consult horoscopes and fortune tellers, we begin to sink."

Pope Francis connected his comment to the Gospel reading in which Peter began to sink in the water but was saved by Christ. The word of God, Pope Francis said, is "like an outstretched rope to cling to in front of the hostile and turbulent waters."

We sink when we put our faith in the wrong things. "the guarantee against a shipwreck is faith in Christ and in his word."