The Shroud of Turin is an amazing artifact that dates back at least to medieval period. The shroud is typical of those used to wrap the bodies of the dead prior to burial, and appears to have the image of Jesus imprinted on it by some unknown means. New forensic examination sheds new light on the shroud's authenticity. 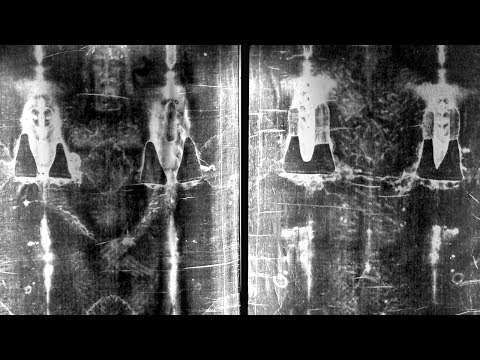 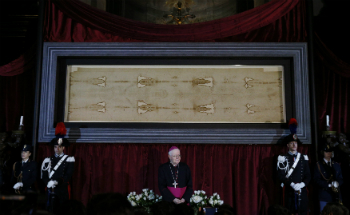 LOS ANGELES, CA (California Network) -- The Shroud of Turin is one of Christianity's most cherished artifacts. It is a burial shroud that dates back at least to the medieval period, and could date back to the time of Christ. The Shroud appears to show the image of a deceased, crucified, Christ, prepared for burial.

The origins of the Shroud are mysterious. There are possible references to the Shroud that make it a Byzantine artifact, but these are inconclusive. It may have first emerged around the 14th century to some controversy. However, it is unclear if the medieval references to a cloth with the image of Jesus are the same as the Shroud of Turin. The Shroud of Turin which is presently displayed in the royal chapel of the Cathedral of St. John the Baptist in Turin, was documented in 1453.

The location of the Shroud and its mystery has been well documented for nearly six hundred years.

In recent years, more powerful tools and methods have permitted analysis in greater detail. Newer findings are remarkable because they show evidence that blood was present on the cloth. They also found that specks of dust were identical in chemical composition to those found in ancient tombs around Jerusalem.

Pollen grains were also discovered and place the Shroud in the Jerusalem area at a time before the 8th century A.D., suggesting the cloth is much older than carbon dating suggests.

Another detailed study suggest coins, dating back to the time of Christ, may have been placed on the eyes of the body. Most scientists however reject the findings of that study.

The most recent analysis examined a fiber taken from the feet of the image on the Shroud. The fiber was subjected to electron microscopy and X-ray analysis. The findings reveal the victim whose image appears on the cloth was human, shed blood, and was likely tortured prior to death. There are trace elements of blood on the cloth and the blood itself contains chemical markers that are typical of people who have been tortured.

An image of a fiber taken under microscopy. The arrows indicate traces of blood.

The origins of the Shroud remain a mystery. But for millions of believers, there is no question. For the skeptic, it is difficult to dismiss the fact that each new study reinforces the idea that the Shroud is a legitimate artifact.