Science reveals Jesus' blood type, but is it a hoax, a coincidence, or something truly miraculous?

Catholics believe the bread and wine offered at Mass become the flesh and blood of Jesus Christ before they are received as communion. Skeptics have scoffed at this idea since its inception, but scientific research appears to have silenced them. 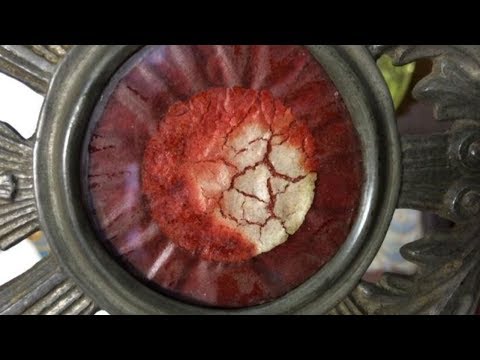 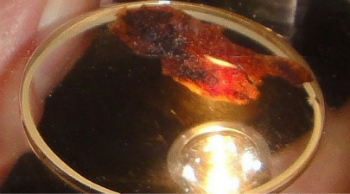 The Eucharistic miracle from Buenos Aries was sent to the USA for testing.

LOS ANGELES, CA (California Network) -- If the bread and wine offerings become the body and blood of Jesus Christ at Mass, then what was Jesus' blood type? Shouldn't a test of a communion wafer reveal the answer?

This is a common question fielded by skeptics. Naturally, when we take communion, it does not taste any different before or after consecration. It does not look different. The blood of Christ tastes like wine.

This has caused skeptics to scoff at the Church's belief. Even fellow Christians struggle with the idea, and proclaim communion to be "only a symbol."

Yet, Christ's words were unmistakable. "This IS my body... This IS my blood..."

There are plenty of apologetic answers for the skeptics, but perhaps the most shocking revelations come from an unexpected source, medical science.

Across the centuries, there have been reports of communion bread and wafers turning into flesh and blood during consecration. Such events have been reported, even in ancient times, and they defy explanation. A few modern cases can be dismissed as fungus or mold, but then there are cases of bloody hosts that date back 1,200 years and remain preserved. No fungus does that.

In 1971, scientists studied one such host, from the 8th century in Lanciano. According to legend, the priest was a skeptic, but the bread became flesh and blood before his eyes. The bleeding Host was preserved and can still be found today at the Church of San Francesco, in Lanciano, Italy. The results of the study shocked the world. The host was human heart tissue with the blood type, AB, which is the rarest of all blood types. And for the record, there were no preservatives of any kind in the blood.

In 1996, a woman in Buenos Aries found a desecrated host in a candle holder at her parish church. She turned it into her priest who placed it in water to dissolve it, per Canon Law. The host turned to flesh and blood. In 1999, the bishop of Buenos Aries sent the host to the United States for testing. The findings came back as human cardiac tissue, type AB.

The bishop who sent the sample was Jorge Bergoglio. We know him today as Pope Francis.

Other tests from hosts around the world show up as the blood type AB. Traces of blood on the Shroud of Turin, are likewise, type AB.

There are a few conclusions that can be drawn from these findings.

Perhaps there is an orchestrated lie on behalf of the Church? Doctors and scientists around the world are simply lying about their findings because they like the Catholic Church enough to take the risk. Or, perhaps it is all an astounding coincidence, that multiple bleeding Hosts from around the world, and across history are all type AB blood in human cardiac tissue. The odds may be astronomical, but it is at least theoretically possible.

Or we are faced with the fact that the results are genuine and Jesus was real, and His blood type was AB. And if so, then the bread and wine really do become the body and blood of Christ at Communion, and Catholics are right to follow their Church and keep its teachings.

What are the odds?