Free World Class Education
FREE Catholic Classes
'Dare to be great in the grace of the Father and the Son and the Holy Spirit.' 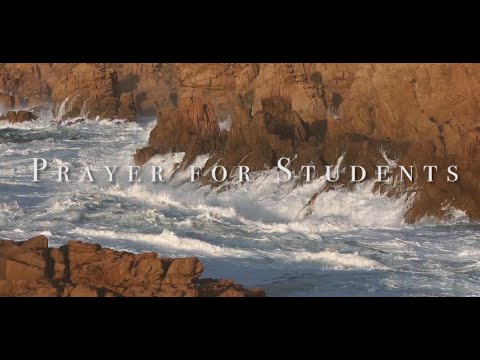 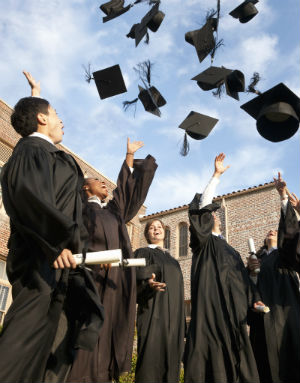 With God's grace, you can accomplish great things.

Front Royal, Va. (CNA/EWTN News) - "The summary of all natural and Christian anthropology is to say, 'Dare to be great in the grace of the Father and the Son and the Holy Spirit, Amen'," Cardinal Mueller, prefect of the Congregation of the Doctrine of the Faith, told undergraduate students of Christendom College in Front Royal, Va. on May 13, the feast of Our Lady of Fatima.

Cardinal Mueller, the college's 2017 commencement speaker, was the celebrant and homilist at the baccalaureate Mass on May 12 and received an honorary doctorate from the college before his commencement address. He is also the president of the Pontifical Commission "Ecclesia Dei," appointed to that post and as prefect of the CDF by Pope Benedict XVI.

"Gerhard Cardinal Mueller has been a strong, consistent voice in defense of the Church's perennial teaching in the midst of so much confusion in our modern world," the college's president Dr. Timothy O'Donnell stated before the prelate's appearance.

The cardinal focused his May 13 address on "Christian anthropology," and exhorted the graduates "to be salt and light in the midst of the contemporary world."

The Christian, he insisted, can only bring about the Kingdom of God on earth by performing the corporal and spiritual works of mercy through God's grace, not solely through his own merits.

"No, the Kingdom of God is grace, and grace brings the Holy Spirit in the world, a new spirit, the spirit of charity that sanctifies and assists, the spirit of understanding, of love, that changes our hearts and introduces in all human relations a movement of freedom," he explained.

This movement of the Holy Spirit, he continued, includes the theological virtues of faith, hope, and charity, as well as the cardinal virtues of prudence, justice, fortitude, and temperance, and "other gifts and charisms."

Through these virtues and gifts, men can be "collaborators with God in the bringing about of His Kingdom," he said, where "the Church, with the arrival of the Messiah, carries out her mission in the Holy Spirit to bring glad tidings to the poor, to proclaim liberty to captives, and recovery of sight to the blind, to let the oppressed go free and to proclaim a year acceptable to the Lord."

He warned against seeing Christianity as a "bourgeois" practice of "interiority, only love of neighbor, and individual philanthropy" where salvation is reduced "to the world alone in the sense of social and purely humanitarian NGOs."

However, he also taught against seeing God's kingdom "only as above and outside of the world."

Rather, he continued, "reverence toward God and the responsibility for the world are inseparably connected in Christ, Who did not come into this world to free us from the world, but to lead men and the world to their authentic destiny in the salvific plan of God."

This does not mean the rejection of non-Christians who perform "good works," he insisted, as "it would appear wrong to divide in an exaggerated manner Christianity from the rest of humanity."

"Whomever does the good, even if they do not yet recognize God explicitly, is the mediator of the goodness of God," he said. "For us grace and nature are belonging together, and are not in a contradiction. Grace and nature, faith and reason, must be distinct (but) not separate."

Cardinal Mueller also exhorted those in attendance to be on guard against totalitarian ideologies that set themselves up against the vision of God and the Church.

Many ideologies of the 20th century were totalitarian in that they sought to establish their own vision of creation, a "humanism without or humanism against God," he said.

Forms of totalitarianism exist today, he explained, like "the concept of designing one's baby," and the promotion of "euthanasia for those who are too tired to live, or who have become un-useful up to the sociological laboratories that want to make humanity happy with their political and economic theories, but in reality only enslave to their fantasy for omnipotence."

Christians must fight injustices in the world in the name of human dignity, he insisted.

"Nobody may divert their gaze while the number of souls who go hungry grow, are deprived of their rights and recused to slavery, while the trauma of the refugees arriving on the European shores and the American border increase, and while being in a unified world, the risks and the challenges of globalizations are ever present," he said.

"At the foundation of this dignity," he added, "are the rights to lodging, food, and clothing, as well as the right to earn a living for himself and for the well-being of his family."

The cardinal also warned against what Pope Francis has called the "ideological colonization" of the developing world, where developed countries try to force programs like abortion, birth control, sterilizations, and the approval of same-sex marriage onto developing countries.

Cardinal Mueller called this "an aggressive importation of a deformed image of the human person of the so-called 'society of well-being'."

These "developing cultures" cannot be ignored or trampled underfoot, he said, as "variety enriches," which is also "the message of Pentecost when all peoples in diverse languages announce together the great works of God in the language of love."

Christians, he insisted, must not only confess God with words, but work to do His will "by holding faithful to the Gospel and benefitting from its resources."

"Not everyone who cries or confesses 'Lord, Lord,' will enter the Kingdom of Heaven, but those who do the Father's will by taking a strong grip on the work at hand," he continued. "Now the Father wills that in all men we recognize Christ our brother and love Him effectively in word and in deed."

"By thus giving witness to the truth, we will share with others the mystery of the Heavenly Father's love," he concluded.

"As a consequence, men throughout the world will be aroused to a lively hope, the gift of the Holy Spirit, that some day at the last they will be caught up in peace and utter happiness in that fatherland radiant with the glory of the Lord."