Free World Class Education
FREE Catholic Classes
'Maybe it is time for Christians to be motivated by courage and faith rather than compromise and fear.' 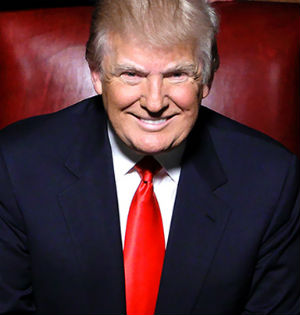 Mystics are working together to battle Donald Trump on a spiritual level.

LOS ANGELES, CA (Catholic Online) - The group started a Facebook page to encourage others to join in the "binding ceremony."

In their FAQ, the group explains they are collaborators of witches and several other spiritual and religious groups. "Many are regular practitioners of magic, but an enormous number have never performed a magical ritual. We welcome everyone."

The group instructs people to bring a pin, salt, matches, a tarot card, a feather, the stub of a candle and other spell ingredients to "bind" or "defixione" the President.

They explain they are attempting to do things to Trump like "ripping the bullhorn from his hands, smashing his phone so he can't tweet, tying him up, and throwing him in a dark basement where he can't hurt anyone."

The group claims they aren't involved in "Black magic" and claim they are basing their system in Catholic and Protestant beliefs - a bold-faced lie.

"It is worth noting again that this is a binding, not a hex or a curse. It is not meant to cause harm but to protect the president and his cabal from hurting other people."

While many laugh at the ludicrous idea, Christian leaders are taking the threat very seriously.

According to WND, Jan Merkell of Olive Tree Ministries, believes the demonic imagery "shows that the level of hatred against Donald Trump is generated by Satan himself.

"Donald Trump is not a perfect man. But he is trying to stop the runaway freight train of evil that has existed for eight years emanating out of Washington and the Democratic Party.

"The left is mesmerized by issues that tear down and that grieve the heart of God. Donald Trump doesn't have the power to neutralize these people and their agenda, but he is trying to make significant inroads to stop the tremendous slide to the dark side in America. He has some solid Bible-believing Christians at his side. Together they can make a huge difference and repair some of the damage done by evildoers."

Merkell continued, stating: "The Bible says that in the last days evil will wax worse and worse. A part of that is that the paranormal is being normalized. ...Children as young as 4 and 5 are being desensitized to the occult. After -school 'Satan clubs' have been launched in public schools to offset the good that the 'Good News Clubs' have been doing for decades.

"If parents don't wake up and rise up, we are going to have a society steeped in occult practices in a few years, much worse than the situation is today."

Carl Gallups, pastor and author of "When the Lion Roars," called Christians to join the battle between good and evil: 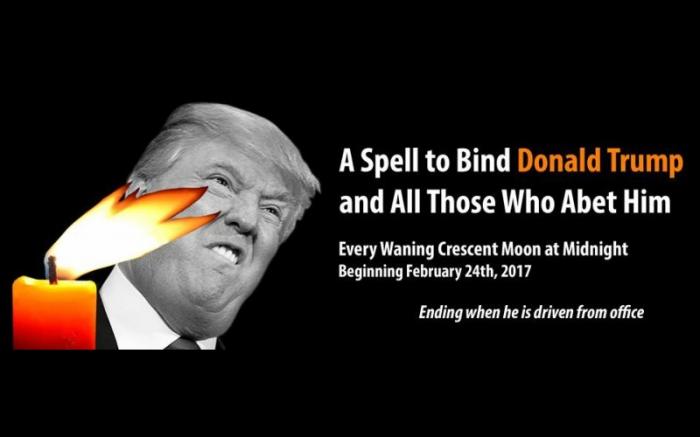 "America's born again believers should cover President Trump in prayer. It's obvious that the demonic realm is stirred by his presence. It's also obvious that the antichrist agenda of the globalist community is going berserk over a Trump presidency.

"These are simply signs to those of us who know God's word that President Trump is being used by the Lord in these prophetic times. Pray for him. Pray for our nation. And, then, get on with the work of the Kingdom."

Gallups reported he was the target of a spell but he simply ignored their threats.

"I have been a senior pastor of a church in one location for 30 years. Very early on in my ministry there, I too became the directed target of witchcraft through an organized coven. We even had a couple from the coven who were sent/paid to disrupt one of our worship services.

"All kinds of promises of 'evil' were made that would befall me. I gave no credence to it whatsoever. They went to jail, and I went on with my life and my work for the kingdom of Jesus Christ, simply claiming the promise of God's protection along the way.

"Twenty-five years later I am still at that church, the church is powerful in the Lord and reaching the world for Jesus, and the Lord continues to bless my life and ministry beyond anything I ever imagined.

"I am certain that the demonic activities against me and my ministry have never let up; it's just that I purposely pay them no mind. My trust is in Jesus; I have no fear of magic 'spells' and the silly incantations of Christ deniers who are burning candles and looking for signs in a deck of cards."

Karl Payne, the former chaplain of the NFL's Seattle Seahawks and an expert in exorcisms said "It is time for Christians to view themselves as victors in Christ because of His selfless sacrifice on the cross, rather than apologize for their faith, hiding in fear and volunteering to ride in the back of the bus in hopes of not offending someone or being dragged into the scrum.

"Maybe Christians should view blending into culture rather than shining through it as the compromise that it really represents rather than an art form to be perfected. Jesus was perfect, and the Romans and Jewish leadership still teamed up to crucify Him. Why should we think that if we make friends with everyone, and try not to offend anyone, we will be treated any better than Jesus in this country or around the world?"

Merkell added: "Christians need to get educated about the paranormal and just what the agenda is. It is all evil. The topic may be dark and unpleasant, but learning that loved ones have been snared by the occult is worse. The occult is bold today and growing bolder each day.

"Christians can also unite in individual or corporate prayer on behalf of President Trump, Vice President Pence and all in this new administration. We need to push back against the darkness that has consumed Washington, D.C. in recent years.

"The secular world knows nothing of spiritual warfare. This should get Christians galvanized to restore decency and righteousness in America's highest leaders."