Free World Class Education
FREE Catholic Classes
'We cannot understand the new Kingdom offered by Jesus if we do not free ourselves of idols.'

Pope Francis warned of the "hidden victims" of capitalism, the idolatry of money and false philanthropy, telling a Saturday gathering of entrepreneurs they must act to change a system that creates victims, not simply help people after the fact. 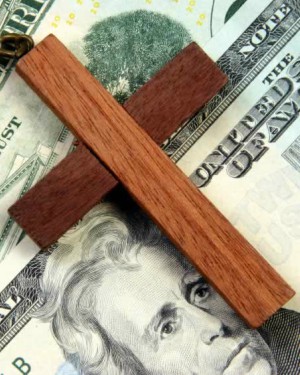 Money cannot save you.

Vatican City, Italy (CNA/EWTN News) - "An entrepreneur who is only a Good Samaritan does half of his duty: he takes care of today's victims, but does not curtail those of tomorrow," he told a meeting of the Focolare Movement's Economy of Communion project Feb. 4.

"The first gift of the entrepreneur is of his or her own person: your money, although important, is too little," he said. "Money does not save if it is not accompanied by the gift of the person. Today's economy, the poor, the young, need first of all your spirit, your respectful and humble fraternity, your will to live and, only then, your money."

About 1,100 collaborators of the Economy and Communion project from 49 countries attended the audience with the Pope.  The project was launched by Focolare founder Chiara Lubitch in 1991 in Brazil as a response to the poverty of Sao Paolo's favelas. She invited entrepreneurs to set up companies that could help lift up the poor and create a culture of giving.

Pope Francis reflected on the positive nature of this work, which he suggested provided a path to remember the poor.

"When capitalism makes the seeking of profit its only purpose, it runs the risk of becoming an idolatrous framework, a form of worship," he said.

"The principal ethical dilemma of this capitalism is the creation of discarded people, then trying to hide them or make sure they are no longer seen," the Pope continued. "A serious form of poverty in a civilization is when it is no longer able to see its poor, who are first discarded and then hidden."

He pointed to airlines that plant trees to compensate for the environmental damage of aircraft and gambling companies that pay to care for gambling addicts.

"And the day that the weapons industry finances hospitals to care for the children mutilated by their bombs, the system will have reached its pinnacle," the Pope said.

"Capitalism knows philanthropy, not communion," Pope Francis charged. "It is simple to give a part of the profits, without embracing and touching the people who receive those 'crumbs'. Instead, even just five loaves and two fishes can feed the multitude if they are the sharing of all our life. In the logic of the Gospel, if one does not give all of himself, he never gives enough of himself."

The Pope recommended the practice of the "economy of communion" that cares for the victims of the economic system and builds a system where there are fewer victims.

"Therefore, we must work toward changing the rules of the game of the socio-economic system," he said. "Imitating the Good Samaritan of the Gospel is not enough."

When anyone who encounters a victim must take care of him or her, it is important to act before the crime or tragedy "by battling the frameworks of sin that produce robbers and victims."

Pope Francis also had hard words for the idolatry of money. 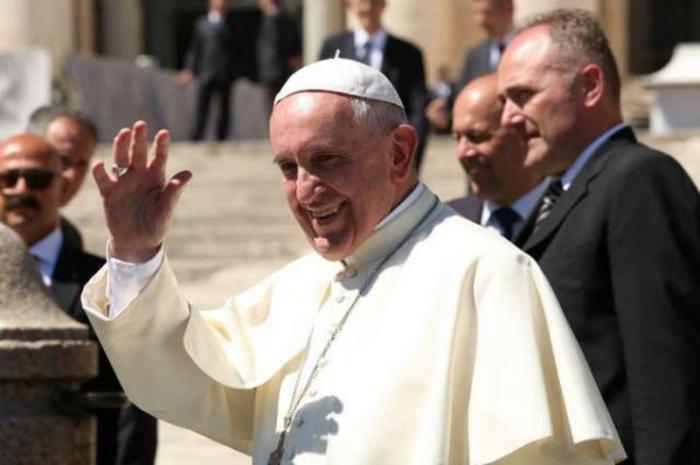 "The 'goddess of fortune' is increasingly the new divinity of a certain finance and of the whole system of gambling which is destroying millions of the world's families, and which you rightly oppose," he said. "This idolatrous worship is a surrogate for eternal life. Individual products get old and wear out, but if I have money or credit I can immediately buy others, deluding myself of conquering death."

"We cannot understand the new Kingdom offered by Jesus if we do not free ourselves of idols, of which money is one of the most powerful," the Pope continued.

He praised the Economy and Communion project for its decision to pool profits.

"The best and most practical way to avoid making an idol of money is to share it with others, above all with the poor, or to enable young people to study and work, overcoming the idolatrous temptation with communion," Pope Francis said.

This is a way to tell money "you are not God."

While there are new efforts to combat poverty and aid the poor, the Pope warned that it can never be said enough that capitalism "continues to produce discarded people whom it would then like to care for."

The pontiff cited the parable of the Prodigal Son. One must imitate the father of the parable and wait for those who have done wrong to return to show them mercy. One must not be impeded by the "meritocracy" Pope Francis said is invoked by the parable's older son and by "many who deny mercy in the name of merit."

"An entrepreneur of communion is called to do everything possible so that even those who do wrong and leave home can hope for work and for dignified earnings, and not wind up eating with the swine," he said. "No son, no man, not even the most rebellious, deserves acorns."

He said the 25 years of the Focolare project's existence show that a spirit of communion and business can grow together.  Though the project is relatively small on a global scale, it is the quality of the salt not its quantity, that matters for taste.

"Every time people, peoples and even the Church have thought of saving the world in numbers, they have produced power structures, forgetting the poor," the Pope said. "We save our economy by being simply salt and leaven: a difficult job, because everything deteriorates with the passing of time."

He stressed the role of reciprocity in life. Communion is both the sharing and the multiplying of goods.

"By introducing into the economy the good seed of communion, you have begun a profound change in the way of seeing and living business," Pope Francis told the gathering.