Pope Francis reminds us what it means to be Christian

Pope Francis was at St. Mary's Parish in Rome on Sunday, where he spent over three hours explaining the basics. 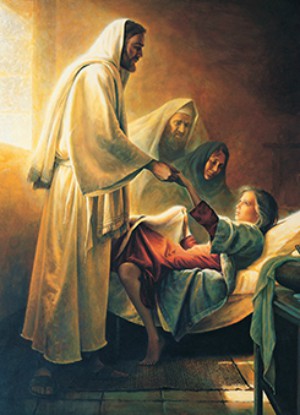 Being a real Christian is witnessing to nonbelievers.

LOS ANGELES, CA (Catholic Online) - According to the Catholic Herald, Pope Francis delivered an important message to children, young adults and adults as well.
"Christian witness is done with three things," the Pontiff stated, "words, the heart and the hands."

Pope Francis arrived at the parish late in the afternoon. For the entirety of his three-hour visit, he spoke to children, teenagers, Scout groups, parents, the sick, the disabled and the parish council.

He heard the confessions of four parishioners, which the Vatican press office said included a young couple who cared for the 50-year-old assistant pastor who suffers amyotrophic lateral sclerosis.

Another was a young man from the parish post-confirmation program, and the last was the father of a sick child.

Following the confessions, Pope Francis celebrated Mass then met with the youth to answer questions.

During this time, he insisted: "If I say I am Catholic and go to Mass every Sunday with my parents, but I don't speak (about Jesus), I don't help my grandparents, don't help the poor, don't visit the sick, then it is not witness, and it is useless. It is nothing other than being a parrot-Christian - words, words, words."

The Pontiff reminded his audience that to witness, one must be active. Words are not enough to bring about change.

He spoke of St. John the Baptist, who witnessed to the world about Jesus, the Messiah.

Of the first people to follow Jesus, many had followed St. John the Baptist. 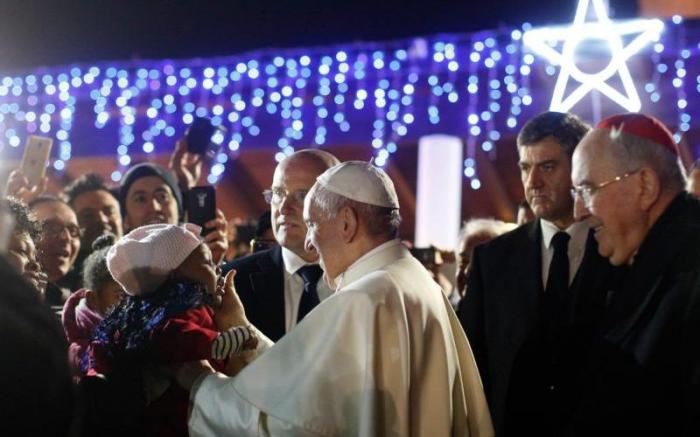 Pope Francis greets a child in the crowd outside the church after celebrating Mass in the parish of St Mary (CNS).

"How did they meet Jesus?" Pope Francis asked. "Because there was a witness [who told them who Jesus was]. It is the same in our lives."

The pontiff said faith is not like being "the fan of a team" or "having a philosophy" or even about following rules.

"Being a Christian is, first of all, giving witness to Jesus."

Christianity would never have traveled the world if people chose to speak but not act. There are many ways to be witnesses of Jesus, some big and some small, but all are available to us as believers.

"The apostles didn't take a course to learn to be witnesses of Jesus," Pope Francis stated. He explained the apostles chose to follow Jesus, to listen to him and to imitate him.

"But they were sinners. All 12 of them," Pope Francis stated, referring to the Gospel. They were human. They felt pride and jealousy. Worse, "when Jesus was taken, they all ran away."

Even St. Peter, the first pope, denied Christ. In the midst of these sins, the Pope explained:

"Being a witness does not mean being a saint, but being a poor man or poor woman who says, 'Yes, I am a sinner, but Jesus is Lord, and I will try to witness to him every day and to correct my life and follow the correct path."

One of the greatest sins Pope Francis sees today and was never once mentioned between the apostles, was the sin of gossip.

"They (apostles) didn't speak ill of each other," the Pope stated. "Do you want a perfect parish? Then no gossip. None. If you have something against another, tell him or her directly. Don't forget to pray for me and no gossip."