Virgin Mary appears in Africa, is it a WARNING?

Catholics in Ghana are returning to church in droves, at least in one town. The Virgin Mary may have appeared to people in Zongo. Those who have seen the apparition believe it is a warning. 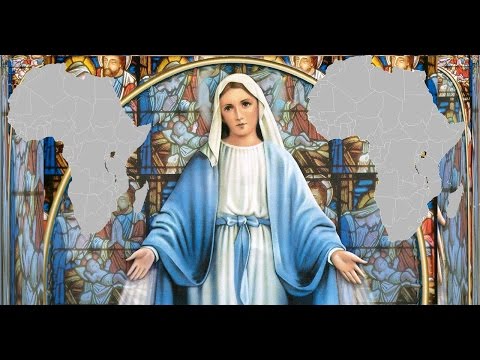 In one suburb, a local butcher was the first to see the apparition in the bulb of a streetlight. Identified as Paul Sibere, he reported the vision in June. Since his initial report, thousands of locals have visited the site.

While many people were initially skeptical, some have been convinced. The reason is that no similar shape has ever been seen in the streetlights.

The apparition has no color to it, but its shape is reminiscent of the Virgin Mary, her arms open. It's distinct from the other bulbs people see.

Sibere said he would return to church after seeing the apparition.

Others who have seen the apparition are worried. One woman, Mary Bayong, said she thought the apparition was a sign that God is unhappy with the world. "This is to tell us God is not happy with us. If you look at what we do these days, my son you will be sad. The stealing, the robbery, killing and others... this is a message from God that we must repent of our sins."

As Catholics flock to the apparition many say they believe. Each night, the streets fill with people singing and praying. A few people claim to hear messages from the apparition. Some share Bible verses. One woman said the apparition told her there would be a drought, but that people should not worry, God will provide for them.


The Catholic Church has not examined the apparition, or issued any statement. It may be what many people are seeing is merely the product of a misshapen filament or bulb. Yet, it could be something more.

Is the apparition real? Are the thousands of people who claim to see and hear and believe wrong? Until the apparition is investigated it remain impossible to say with certainty. But clearly, something is happening because the people are being affected.

Let us always be ready, for nobody knows the hour.