In an in-depth look at Jesus' first miracle of turning water into wine at the wedding feast in Cana, Pope Francis pointed to several key moments in the scene that illuminate our understanding of Christ. 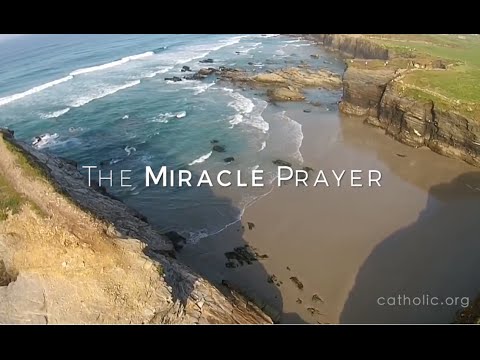 Vatican City, Italy (CNA/EWTN News) - One of these key moments, he said, comes with Mary's observation that newlywed couple's resources have depleted, and that at a certain point "they have no wine."

"How is it possible to celebrate the wedding and have a party if you lack what the prophets indicated was a typical element of the messianic banquet?" the Pope asked.

While water is necessary to live, "wine expresses the abundance of the banquet and the joy of the feast," Francis said, noting that "a wedding feast lacking wine embarrasses the newlyweds - imagine finishing the wedding feast drinking tea? It would be an embarrassment!"

"Wine is necessary for the feast," he said, and pointed to how Jesus, in turning the water into wine, makes "an eloquent sign," because "he transforms the Law of Moses into the Gospel, bringer of joy."

Pope Francis spoke to the thousands of pilgrims present in St. Peter's Square for his general audience. He continued his ongoing catechesis on mercy, turning from Jesus' parables to his miracles.

However, before beginning his address, the Pope took a moment to greet a group of couples present celebrating 50 years of marriage.

"That's the good wine of the family!" he said of the couples, and told them that "yours is a witness that the newlyweds I'll greet after and the youth must learn. It's a beautiful witness. Thank you for your testimony!"

Francis then turned to the second chapter in the Gospel of John, which recounts the miracle that began Jesus' public ministry: turning water into wine at a wedding feast in Cana, upon the request of his mother.

This miracle, the Pope said, serves as "an 'entry point' in which are engraved the words and expressions that illuminate the entire mystery of Christ and open the hearts of the disciples to the faith."

In the expression that Jesus was "with his disciples," it's made clear that the ones Jesus has called to follow him are now bound together as a community and as a family, he said.

By initiating his public ministry at the wedding at Cana, Jesus both reveals himself as the bridegroom of the People of God who had been announced by the prophets, and also shows "the depth of the relationship which unites us to him: it's a New Covenant of love."

Francis said that the foundation of our faith is "an act of mercy with which Jesus has bound us to himself." The Christian life, then, "is a response to this love, it's the story of two lovers."

Another key point in the passage is when Mary, after informing Jesus that the newlywed couple had run out of wine, tells the servants to "do whatever he tells you."

Pope Francis said "it's curious" that these are the last words spoken by Mary in the Gospels, and that as such "they are her legacy which she presents to all of us. This is the legacy that she has left us and it's beautiful!"

He noted how Mary's expression is similar to another -- 'What the Lord has said, we will do!' - which was used by the people of Israel when they received the covenant with God on Mount Sinai.

In the wedding at Cana, a New Covenant is "truly stipulated" and the servants of the Lord, who are "the entire Church," are entrusted with a new mission, the Pope explained.

This mission, following Mary's directive to "Do whatever he tells you," means serving the Lord by listening to his Word and putting it into practice, Francis continued, adding that "it's the simple but essential recommendation of the Mother of Jesus and it's the program of the Christian life."

Jesus began his public works at Cana, revealing his glory to his disciples and cementing their belief in him, the Pope observed. Given these facts, "the wedding of Cana is much more than a simple story about Jesus' first miracle."

"Like a treasure chest, (Jesus) guards the secret of his person and the purpose for his coming," Pope Francis said, explaining that it is through this wedding that Jesus binds his disciples to himself "with a new and definitive covenant."

Francis closed his address by noting how Cana marks the place where Jesus' disciples become his family and "the faith of the Church is born," adding that "we are all invited to that wedding, because the new wine will never be lacking!"