10 things Pope Francis did in 2015 that made this his best year yet!

This past year has been a fantastic one for Pope Francis. Catholic Online looks back on Pope Francis' year and lists the events that made him stand out as a great moral leader for all humanity. 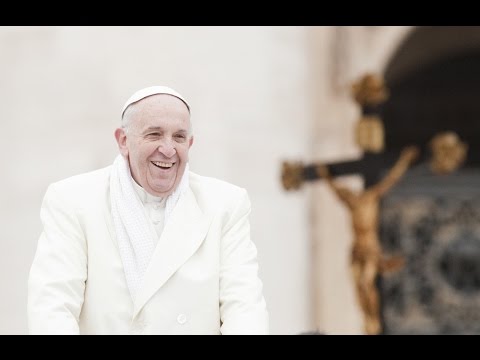 LOS ANGELES, CA (Catholic Online) - Pope Francis is the world's great moral leader. As the head of 1.2 billion Catholics, and the chief of the largest Christian denomination, he is respected and revered by many. He is a statesman too, who sits at the head of the world's last absolute monarchy. This past year, 2015, has been a remarkable one for Pope Francis. Let's look back on some of his great accomplishments for 2015.

1.    Pope Francis spoke about the role technology should play in our lives.

In a Google Hangout with disabled children from around the world, Pope Francis praised technology, but admitted that he's a "dinosaur" when it comes to computers. He has since addressed the issue of technology, praising its ability to simplify our lives and to make more things possible, but he has warned that it should not distract from what is truly important.

2.    Pope Francis met with the imprisoned.

In both Italy and the United States, Pope Francis continued his tradition of visiting those in prison. Perhaps few people need God's message of mercy than those who are incarcerated. Pope Francis made clear that nobody is beyond redemption.

3.    Pope Francis has condemned the mafia and organized crime.

Pope Francis continued his tradition of visiting slums, and notably toured Scampia, a mafia-dominated slum in Italy. He condemned the mafia on their own turf and encouraged people to actively resist crime and evil. Such a deed is an incredibly selfless and courageous act.

4.    Pope Francis met with members of the gay community.

While Pope Francis has at no point condoned homosexual activity, he has met with a number of homosexual activists on his travels. He has shared the gospel message with these people from a position of caring love, rather than a position of condemnation. By reminding people who are caught up in same-sex attraction that they are loved by God, he extends hope and welcome to this population, clearly loving the person, even though he rejects the sin.

5.    Pope Francis has taken a stand against global warming and in favor of the environment.

On several occasions, Pope Francis has spoken about the need to care for creation, and in May he issued an encyclical calling on the world to become better stewards of the environment. He has not shied away from the global warming "debate" (as far as science and the Church are concerned, there is no debate). During global climate change talks in France, Pope Francis was prepared to intervene if the world's leaders appeared unable to reach an accord. Climate change severely impacts the poor and the Third World, and is often regarded as a byproduct of unrestrained capitalism.

Addressing a multifaith crowd, assembled just for his visit, Pope Francis condemned violence and met with the families of 9/11 victims. His presence on the stage renewed hope among billions of people that we can all coexist peacefully with our neighbors of many faiths.

7.    Pope Francis ditched American politicos to dine with the homeless.

During his visit to Washington D.C., Pope Francis ditched a luncheon with members of Congress to attend an event with the homeless. He has repeatedly reached out to the homeless wherever they are found. He has invited hundreds to live at the Vatican and even had showers and restrooms installed for them.

Pope Francis routinely stops to interact with people, especially children. The sick have also been blessed by him. The frequent stops and his direct interaction with so many people makes hi security detail nervous, but it's an important reminder that Pope Francis is a pastoral pope, and we would do well to follow is example, taking special care for children and those who are sick and disabled.

From late 2015 through 2016, a special Jubilee is being held in the Catholic Church, offering reconciliation for even the gravest of sins. The event is designed to underscore the need for mercy within the Church. It is expected that millions of people will avail themselves of this gift.

Pope Francis has apologized several times, personally and directly to victims of child sex abuse. He has handed over pedophile priests and threatened those who protect such predators. He continues to cleanse the Vatican of corruption though investigations, dismissals, and even criminal charges where appropriate. Pope Francis is reforming the Catholic Church for the better, and millions are grateful for it.