Oxford to begin study of Catholic relics. Here are 5 macabre relics people venerate from around the world

Free World Class Education
FREE Catholic Classes
The veneration of relics has been controversial, and inspirational.

The veneration of relics in the Catholic Church has been one of the most debated practices in the faith. While such veneration is actually common in the human experience -even Communists did it with the body of Lenin, the veneration of relics in the Church is the source of macabre obsession and curiosity. Now, a new facility devoted to the study of these relics is opening and will shed light on many of these unusual artifacts. 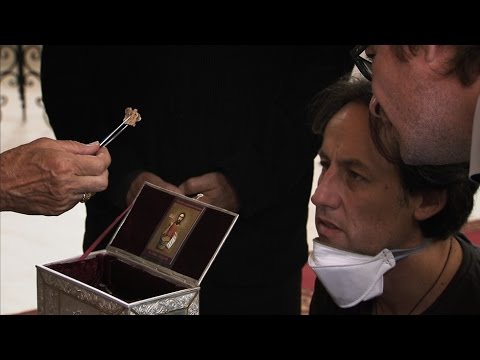 LOS ANGELES, CA (Catholic Online) - A relic is any item attached to the life of a saint. It can be a bone fragment, a body part, or even a bit of cloth, or some other item the saint was associated with. In Catholic teaching, the saints lived meritorious lives, meaning they were fully deserving to enter into heaven at the moment of their death. There is a thought that some of this merit can be obtained by venerating, purchasing or possessing some of these relics. In the medieval Church, this literally helped spark the Protestant Reformation.

Martin Luther was particularly angered by what he felt were the excesses of relic peddlers, such as by the monk, Johan Tetzel. Tetzel made a fortune selling relics to people, and often his customers were poor. He would frighten people with the possibility of hell and the idea that their loved ones were suffering in the afterlife. The only solution was to buy a relic and apply the indulgence so their souls could spring from purgatory. Often these relics were simple fakes.

Martin Luther railed against this and the Protestant Reformation wiped out the veneration of relics in places where it spread. Even the Church realized the relic frenzy was out of control and ordered many obvious fakes to be gathered and destroyed.

Since that time, the veneration of relics is greatly restrained. In the Americas, few relics are found and most Americans find such practice to be macabre. However, in every single parish, inside every single altar, is a relic stone, it is what the priest kisses at the start of every Mass. Inside a tiny box in every altar is a bone fragment or other tiny relic from a saint or martyr.

Relics inspire pilgrimage and veneration, but they also inspire one common question. Are they real? While there's no question we're often looking at ancient human remains, there is a question over their authenticity. With centuries of fake relic dealing, and perhaps nearly two millennia of time in some cases, how can we be sure the relic is what it says it is on the placard?

A new center at Oxford University aims to answer this question, and mixed results are anticipated. Some relics may be authentic, while many others may have questionable origins at best. By dating the records, and possibly matching DNA to stable datum, such as a well-documented grave, they just may be able to answer that question that nags at the backs our minds when we view these relics.

The results may be bad news for some locations that enjoy brisk pilgrimage traffic, but it is always better to know the truth than to venerate what is false.

Now here is a list of five of the relics that could be examined by Oxford researchers.

This Italian relic is a human head, said to belong to the virginal St. Catherine. According to legend, St. Catherine shaved her head and scalded her scalp to avoid marriage and remain a virgin. She died in 1380.

Europeans have had a habit of digging up the corpses of legendary people, particularly saints, and during one such excavation, her head was separated from her body. Today, her head and thumb can be seen at the basilica in Siena, Italy. Her foot is in Venice, the rest of her body is in Rome. Tests could easily determine if these parts belong to the same body.

Dozens of churches have claimed to possess Christ's foreskin. St. Catherine, mentioned above, was even said to have used it as a ring. This relic appeared during the reign of Emperor Charlemagne, who got it from an angel, and then gave it to Pope Leo III in 800 AD. The relic was stolen and recovered in 1557. It was more recently sent to Calcutta, where it stolen again in 1983. It hasn't been seen since, although it is easy to think it is almost certainly a fake.

St. Antonius died in 1459, and his body did not decay, despite being left out for eight days. It was subsequently placed in a glass coffin where it is still venerated today.

Bl. John Henry Newman died in 1890 and was buried with his friend, Fr. Ambrose St. John, a not-unheard of practice during that time. Permission to exhume his body was granted in 2008 and when they dug into the grave, they found he was not buried in a lead coffin as promised. His body had fully decomposed. And inscription plate and a cloth were all that were taken, and added to a few other relics already possessed by this parish church in Birmingham, England.

The cofounder of the Society of Jesus has his hand on display in a church in Rome. Other arm bones remain in Macau. His body is in Goa, India. The missionary's hand is considered particularly sacred because he blessed and baptized converts with it.