Amen: A Word Meant For Two

The word Amen is not static.  It is in fact dynamic, because it is a two-way, double-faceted, word.  It is a two-arrowed word.  One might even say that, at the Annunciation, it became an "incarnate" word.  It is a word that, when uttered in faith, is spoken by two people--God and man---and at the same time. 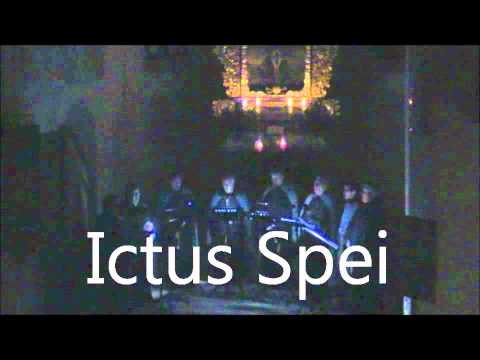 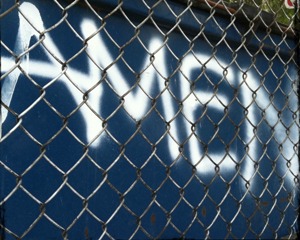 CORPUS CHRISTI, TX (Catholic Online) - Amen is perhaps one of the most common words on a Christian's lips.  It is a direct transliteration--not translation--from the Hebrew word אמן, amen, a word the Greek Scriptures themselves transliterate: ἀμὴν, amēn.

In this sense, the word might be translated something along the lines of: "So be it," or "Let it be so," or "Be it firm," or "Be it so established."

Not only do prayers end with "Amen," but so does the Catholic Creed.

Along these same lines, the word Amen is the last word of the Bible, as if it were a knot tying together the last lines of the book of Revelation:  "The grace of the Lord Jesus be with God's people.  Amen."  (Rev. 22:21)

We might get the impression, from its use at the end of prayers, creeds, and scripture, that the word Amen is static, that it acts sort of like a bookend, a final twist, a knot.  But this would be a big mistake.  Despite its common use, it is therefore a word worth exploring in this series on the three sacred languages, Tres Linguae Sacrae.

The word Amen is not static.  It is in fact dynamic, because it is a two-way, double-faceted, word.  It is a two-arrowed word.  One might even say that, at the Annunciation, it became an "incarnate" word. That's why Blessed John Paul II, in his Encyclical Ecclesia de Eucharistia, tied the word "Amen" to Mary's Fiat: "[T]here is a profound analogy between the Fiat which Mary said in reply to the angel, and the Amen which every believer says when receiving the body of the Lord." (No. 55)   It is a word that, when uttered in faith, is a word spoken by two people--God and man--and at the same time.

The dual nature of the word Amen is expressed, for example, when Amen is used in reference to the Creed.  There, it takes a meaning more along the lines of "I believe!"  "Thus the Creed's final 'Amen' repeats and confirms its first words: 'I believe,'" says the Catechism of the Catholic Church.  "To believe is to say 'Amen' to God's words, promises, and commandments, to entrust oneself completely to him who is the 'Amen' of infinite love and perfect faithfulness."

The Catechism continues: "The Christian's everyday life will then be the 'Amen' to the 'I believe' of our baptismal profession of faith."   CCC § 1064.

As the Catechism explains, Amen "comes from the same root as the word 'believe,'" that is to say the Hebrew word אָמַן, aman.  The Catechism continues: "This root expresses solidity, trustworthiness, faithfulness, and so we can understand why 'Amen' may express both God's faithfulness towards us and our trust in him."  CCC § 1062 (emphasis added).

The Roman Catechism also known as the Catechism of the Council of Trent observes that it is important that we should know "why we close our prayers with this word, and what it signifies, for devotion in concluding our prayers is not less important than attention in beginning them."

The Roman Catechism suggests that the Amen we use at the end of our prayers, though we certainly utter it, is not so much our prayer or its closure, but God's response.  Amen, which may be translated "know that your prayers are heard," says that Catechism, "has the force of a response, as if God answers the suppliant, and graciously dismisses him, after having favorably heard his prayers."

This is dramatically symbolized in the Communion rite of the Extraordinary Form of the Mass, where the server--who symbolizes the people--recites the entirety of the Lord's Prayer except the Amen.  The priest--who stands in persona Christi, in the person of Christ--responds to the server's recitation with the Amen.

Taking this insight to heart, when we say Amen at the end of our prayers, especially the Lord's Prayer or the great Eucharistic Amen, we might say that it is more along the lines of God speaking to us, and not so much as us speaking to God.

This mediatory aspect of the word Amen is particularly vividly expressed in the Catechism of the Catholic Church which draws on St. John's Revelation, where Jesus is referred to as "the Amen." (Rev. 3:14)

Again, we have here a two-way theme: the "Amen" is Christ, both true God and true man, the mediator between God and man.  We say Amen, but Christ the Amen completes and perfects and takes it to the Father.  It is in this manner that St. Paul uses Amen in his second letter to the Corinthians: "For all the promises of God find their Yes is in him [Jesus].  That is why we utter the Amen through him, to the glory of God." (2 Cor. 1:20)

Jesus, the Eucharistic Bridegroom, stoops down from the heavens physically and spiritually to consummate as it were a marital union with us, who are his Eucharistic brides.  This is the meaning of communion--a repair of disunion, a bringing together of what originally was one but has become separate.  "For he who has become your husband is your Maker; his name is the LORD of hosts; your redeemer is the Holy One of Israel, called God of all the earth.  The LORD calls you back, like a wife forsaken and grieved in spirit, a wife married in youth and then cast off." (Isaiah 54:5-6)

"Yes indeed," Pope Emeritus Benedict XVI observed at a Sermon at the Mass of the Lord's Supper, "the Eucharist is more than a meal, it is a wedding-feast."  "Certainly, through this gift of his love," that is found in Jesus giving himself to us in the Eucharist Benedict XVI continued, "he transcends all distance and makes us truly his 'partners'--the nuptial mystery of love is accomplished."

My individual Eucharistic Amen is par excellence a word for two, a word which makes partners, even a marriage, of God and me.  "This is a great mystery, a great sacrament, but I speak in Christ and the Church."  (Cf. Eph. 5:32)  At this moment of consummation, of communion, Jesus and I are like Tobias and the beautiful, but demon-haunted Sarah, who together prayed before their nuptials and together ended their prayer with "Amen, amen." (Tobias 8:8).  Jesus, in giving himself to me, is Tobias.  I, in receiving the Lord who gives himself to me, am Sarah.  I might be sure, that in my Eucharistic Amen, Jesus and I are together, saying "Amen, amen."

Jesus, the Amen, gives himself to me, we say Amen together, the Amen being more Jesus' response than my prayer, and I become--by grace--Amen.  This Eucharistic Amen is the ultimate in divine and human dynamism and divine and human union.  It is no wonder that Blessed John Paul II found in that Eucharistic Amen an analogy to Mary's Fiat.  "Be it done to me according to your word."  (Luke 1:30-35)