The Posadas are not to be confused with a mere Christmas party.  Instead, the Posadas should be seen as a religious event. 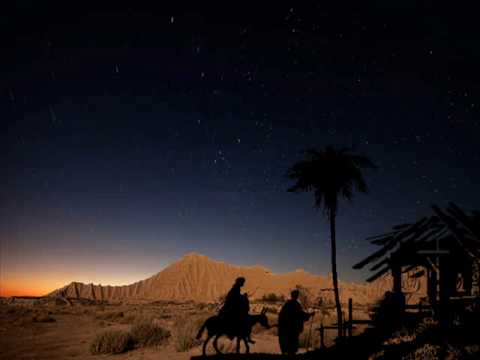 CORPUS CHRISTI, TX (Catholic Online) - What is a Posada?  This is a question that a lot of people ask as we prepare to celebrate Christmas.

The tradition of the Posadas was brought to Mexico from Spain in the 1500's by Catholic Missionaries.  The Posadas commemorate Mary and Joseph's difficult journey from Nazareth to Bethlehem in search of a place for the Christ Child to be born.

In Spanish, the word means dwelling or lodging.  The Posadas begin on December 16 for nine evenings, culminating with the Posada on December 24 and Midnight Mass.

The Posadas are not to be confused with a mere Christmas party.  Instead, the Posadas should be seen as a religious event.

In Catholic parishes, parishioners and anyone who wishes to join in meet at the church at a specific time during the early evening.

The Posada begins with the recitation of the Holy Rosary, a very beautiful prayer to Mary, the Mother of Jesus.  When a part of the Rosary is prayed by all those who have gathered for the
Posada, the group begins to proceed from the church to the local neighborhood.

The Posada can be led by a small group carrying a manger scene or the Posada can become quite elaborate with a live donkey and parishioners who are dressed like Mary and Joseph.

Families in the neighborhood are already previously selected to participate in the Posada.

Usually three houses are selected where the Posada does not take place. The participants stand before the door of each house and sing a song in Spanish asking to enter the house.  A small group remains inside the house telling the outside group that it is impossible to enter.

Another family has been already selected to provide the Posada.

The group proceeds along the street to the Posada house.  Again, the Posada group sings from outside of the selected house and a small group sings the response from inside the house where the Posada will take place.

La Posada dinner, provided by the host family, includes such Hispanic dishes as tamales, menudo and posoli.  Each Posada ends with the traditional pińata.

The seven corners of each pińata represents the Seven Deadly Sins.  The beating of the pińata symbolizes the mortification that Christians exercise in overcoming personal sin.  The candy within each pińata characterizes the sweetness of God's grace made available to us through the birth of Jesus.

Father James Farfaglia is the Pastor of Our Lady of Guadalupe Catholic Church in Corpus Christi, TX.  You can visit him on the web at www.fatherjames.org.