The Happy Priest on Celebrating All Saints Day 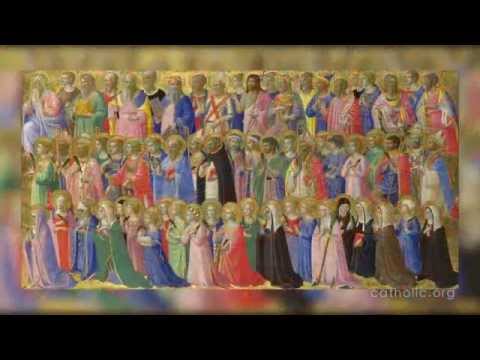 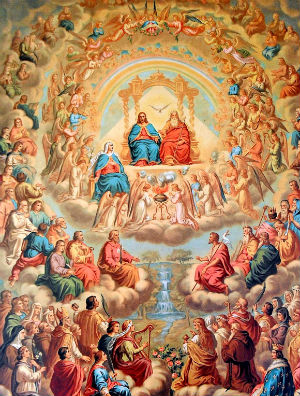 CORPUS CHRISTI, TX (Catholic Online) - At an important point in the life and work of Mahatma Gandhi, a missionary gave him a book that contained the four Gospels.  This of course, was the Indian leader's first exposure to Christianity.  He read the Gospels with great interest, and was convinced that the principles taught by Jesus could resolve all of the political, social and economic problems of his country.

Gandhi had to travel throughout Western Europe in order to muster support for an independent India.  Traveling through Christian countries, he was dismayed only to conclude that the Gospels are wonderful indeed, but he did not see anyone living their teaching.  For this reason, Gandhi never converted to Christianity.

Today we celebrate All Saints Day.  We are all called to be saints.  Today's Gospel passage reminds us of the program.

The Beatitudes contain the essence of the Christian way of life.  The Catechism of the Catholic Church states: The beatitude we are promised confronts us with decisive moral choices.  It invites us to purify our hearts of bad instincts and to seek the love of God above all else.  It teaches us that true happiness is not found in riches or well-being, in human fame or power, or in any human achievement - however beneficial it may be - such as science, technology, and art, or indeed in any creature, but in God alone, the source of every good and of all love" (CCC # 1723).

The Beatitudes of the Gospel turn all worldly values upside down.  The world pursues happiness in wealth, power, fame and sex, whereas the Gospel demands of us values that are essentially different.


A number of years ago I was invited to give a retreat to a group of lay people in New York City.  A seminarian graciously accompanied me in order to help with the practical details.  Prior to the evening retreat, we had a number of appointments, and so that meant that we would have lunch in New York.  The seminarian really enjoyed Asian cuisine, so I accommodated his palate by inviting him to lunch at a Korean restaurant.

As we went to our table, we were met by a Korean woman who graciously attended us with delicate courtesy. Having had many years of experience at my father's restaurant, I was able to notice that her kindness, manners and spirit of service were far from ordinary.

Towards the end of the meal, another Korean woman finished waiting on our table.  When we were ready, I asked her for the check.  She then proceeded to tell me that there would be no charge for the lunch because the first waitress took care of the bill.  I was very surprised and I asked her why she had decided to pay for our meal.  "She is Christian," was the unanticipated answer from the waitress.

The Saints that we celebrate today are our heroes.  They inspire us to live out our lives with heroic virtue.  All of us have our favorite saints.  Because of the challenges that we face today, I am most especially inspired by the martyrs of Spain and Mexico.

1936 - 1939 marked the greatest persecution against the Catholic Church.  The place was Spain.  The persecution was brutal and thousands of Catholics were martyred.

One of the martyrs was Blessed Victoria Diez Bustos de Molina.  Victoria became a public school teacher.  However, the historical times in which she lived became very difficult.  Before the civil war actually began, there was a very anti-catholic environment in Spain.  The government prohibited the teaching of the catechism in the classroom and demanded crucifixes be removed from the walls.  Victoria refused to comply.

Eventually the civil war did spill over in the small town of Nornachuelos where she was teaching.  Father Molina, the parish priest, emptied the tabernacle and entrusted the Blessed Sacrament to Victoria.  Quickly Father was arrested; the church was ransacked and burned.

Around this same time, Victoria was teaching catechism to a group of women at around eight o'clock in the evening.  During the class, two armed men entered the classroom and demanded that Victoria leave with them.

Victoria, together with Fr. Molina and eighteen others who were already in prison were awakened in the middle of the night.  They were forced to walk for three hours to a new destination: an abandoned mine shaft.  Each one was forced to stand upon a huge stone above a large pit where they were shot and killed.

Victoria watched as the men were shot and fell into the pit.  Fr. Molina was the last man to be killed and then it was Victoria's turn.  The soldiers tried to convince her to save her life if she would only renounce her Catholic Faith and cry out "Long live the republic" and "Long live communism."  Victoria refused.  Instead she knelt on the stone, and with her eyes raised to heaven and her arms opened in the form of a cross she shouted, "Long live Christ the King!  Long live the Virgin Mother!"  Victoria was only thirty-three years old.

Visit Father James on the web at http://www.fatherjames.org and purchase his new book Get Serious! A Survival Guide for Serious Catholics.  Click here for the audio podcast of this homily.