Advocates for Catholic development agencies have voiced frustration with a lack of progress at the UN climate talks in Spain. 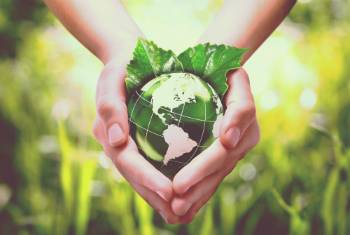 We are stewards of creation, not masters of the Earth. We have an obligation to use the goods of the Earth to care for one another.

LOS ANGELES, CA (California Network) - Catholic climate campaigners are voicing frustration with recent UN climate talks in Spain. Activists for the International Cooperation for Development and Solidarity (a.k.a. Cooperation Internationale pour le Development et la Solidarite or CIDE) say there is a gap between what people are demanding and how governments are acting.

In a report from Catholic News Service, Chiara Martinelli, a senior adviser to CIDSE said, "It's disappointing there's still a huge gap between what people on the streets are demanding and how governments are acting... We all arrived here with such hope and energy, encouraged by the great youth mobilization in recent months, but found everyone was just negotiating for their own interests. It's not encouraging to see the obstacles presented by big players such as the U.S., China, Australia and Japan."

Recently, the Catholic Church has increased its attention to ecological concerns noting that environmental exploitation and degradation are a failure of human stewardship for creation. Of particular concern is the fact that consequences of exploitation fall on the poor and developing world. While apologists argue economic development helps people in developing nations, this conventional wisdom is demonstrably false. Poverty remains rampant, even in the shadows of factories where people often work for mere substance wages.

While global warming is often the focus of such discussions, the fact of that matter is irrelevant. What matters is our stewardship over creation and our use of the goods of the Earth.

As Pope Francis explained, "We are stewards, not masters of our Earth. Each of us has a personal responsibility to care for the precious gift of God's creation."

All the goods of the Earth belong to God, not man. We are not to use them to enrich ourselves but to serve God. While it is neither a crime, nor immoral to be wealthy, how we use our wealth can be scandalous if we fail to use it for a Godly purpose.

The clear-cutting of forests, stripping of the land, the overfishing of oceans, the dumping of pollutants into the air, ground, and water are all abuses of creation and a failure of stewardship. That failure is compounded when we harm others through our action or inaction.

In recent months, there has developed a groundswell of support for aggressive action on climate and environmental concerns. The Church provides an important moral voice on these matters. it must be heard. While some would promote unethical, even evil approaches such as doing nothing or implementing "population controls," the Church offers a moral voice of reason and moderation.

Economic development can be sustainable and it can provide for the welfare of all. Economics is not a zero-sum game in which there must be winners and losers. We can all win if we cooperate out of a mutual sense of love, respect and common stewardship. This is the Catholic position, and it is the only position that offers a sustainable future.