California is a land of contradictions. It is home to 40 million souls, and enjoys a long Catholic heritage which can be seen in the very names of its cities and towns. Yet, it is also a radically secular state with its left-leaning politics. It is a state where Catholic schools and hospitals are secularizing in the name of revenue. And it is home to the infamous San Andreas fault. Could these disparate facts be related? 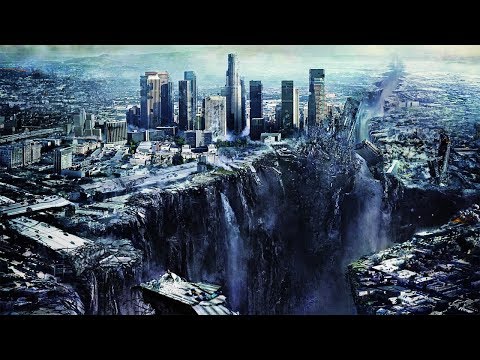 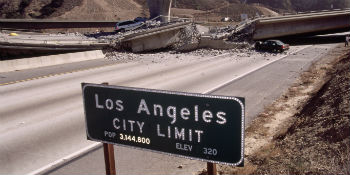 California is dependent on its freeway system, critical parts of which will be destroyed in the event of a major quake.

LOS ANGELES, CA (California Network) - Some Christians may see a correlation between California's left-trending zeitgeist and looming natural disaster, but first, the science.

California is in the midst of what seismologists call an "earthquake  drought." On average, large quakes should strike in California about three or four times each century. Large quakes are characterized as being 6.5 or greater in magnitude, and rupture the ground. The ruptures are usually only a few feet wide, but can follow a fault for many miles; contrary to Hollywood's hyperbole, they do not swallow people or houses. Ground ruptures only occur over the fault itself. A ground rupture is a sign of significant underground movement, a shift in the tectonic plates themselves, relative to one another. Simply put, a rupture happens when an entire continental plate moves by several inches or feet.

The last such quake in California was in 1918, and since then, nothing so major. California has had significant quakes in the meantime, but nothing that qualifies as a "major ground-rupturing quake," according to the U.S. Geological Survey. The data reveals the concern --such droughts simply don't happen. In fact, researchers estimate the odds of the current drought are less than 0.3 percent.

The bottom line is, California is overdue for a major, massive, ground rupturing quake, and it will probably happen quite soon.

The impact of such an event will be massive, much worse than anything experienced by Californians in memory. And while California residents are accustomed to the occasional odd sensation and peculiar sounds that accompany an earthquake, none could be prepared for an event that will shake buildings off foundations and will persist for minutes.

For those who might not know, most earthquakes only last a few seconds to tens of seconds. Everything moves, which creates a cacophony that cannot be heard otherwise. It's always surprising, always commands attention, and is often over before you can appreciate what is happening. But not always. And in the case of an epic quake, the shaking could last several minutes.

Could there be a biblical angle on this looming danger?

Perhaps. It is clearly predicted that the last days will be marked by earthquakes and other violent events. However, California's hubris is sufficient to make this disaster terrible, even without the tribulations of the last days.

California has several weaknesses which will be exposed in a major quake. The state is home to sprawling cities, such as Los Angeles. These cities are dependent on a massive freeway system, and while all of the state's bridges have been built or retrofitted to withstand big quakes, there isn't much that can be done to protect against a quake of biblical proportions. Los Angeles, would be paralyzed in seconds.

The California Aqueduct is a major feature of the state, delivering water from the Sierra Nevada mountains to Southern California. A critical portion of the aqueduct runs from Bakersfield to Los Angeles, just west of the towns of Gorman and Lebec. Those small towns have the dubious distinction of being built on top of the San Andreas fault, and in a location where the fault is expected to rupture. Experts worry that such a quake will destroy the aqueduct, cutting off Los Angeles from a vital flow of water.

In their defense, engineers built the aqueduct with this eventuality in mind, and it is believed it can be quickly repaired. However, quickly repaired means weeks, not days, and in the meantime, tens of millions of people will not have enough to drink.

And how will a state, with some of the highest taxes in the nation, afford to rebuild its collapsed infrastructure? Recovery will be expensive, and such a quake could easily become one of the most expensive natural disasters in history.

No matter what, the people of California will pay for their sins in many ways. The looming disaster will be just one installment of many for a state that has all but forgotten its Catholic Christian heritage.